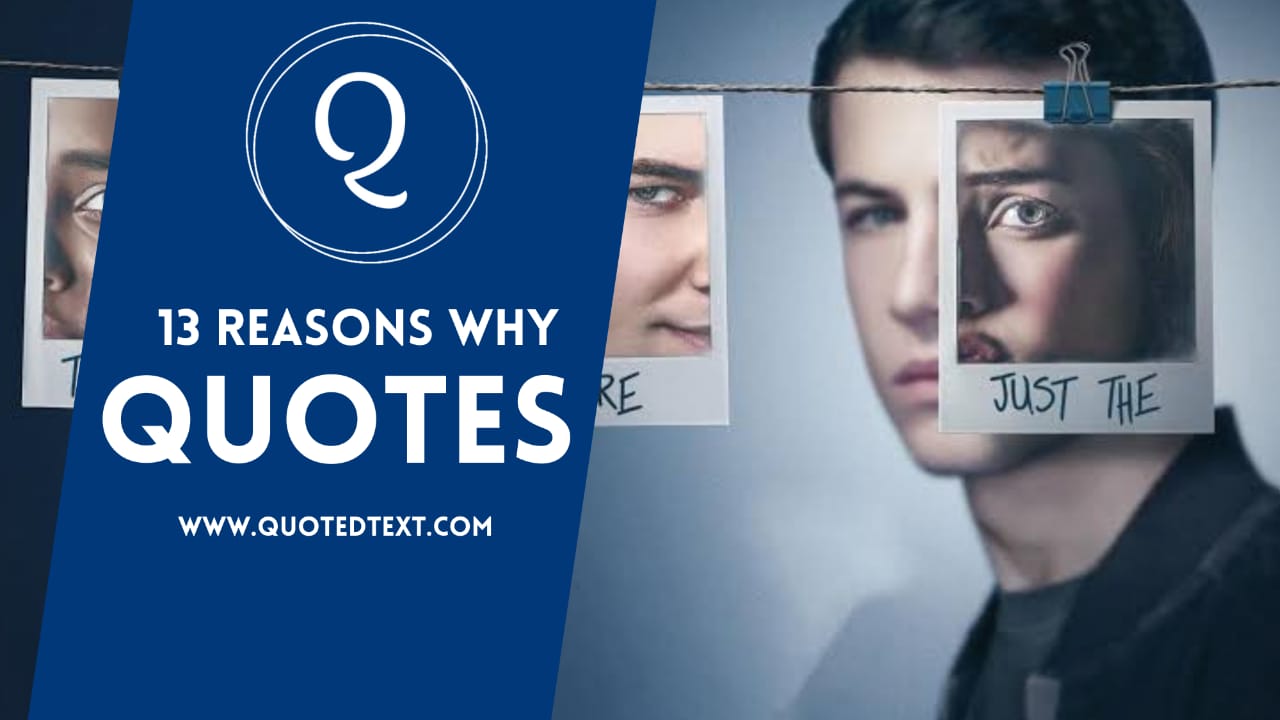 13 Reasons Why is an American teen drama web series that initially used to stream on the Online streaming platform- Netflix. The show is built on the grounds of the year 2007 Novel, “Thirteen Reasons Why,” written by Jay Asher. Brian Yorkey developed it. The show was initially designed to have limited episodes and series that revolve around the lives of two teenagers Hannah Baker and Clay Jensen.

It shows a matter or series of how Hannah takes her own life after getting bullied, facing sexual assault in high school, facing a lot of social and psychological issues, because of having to get no feeling of empathy even from her so-called friends. It takes rounds around the 13 tapes that Hannah had recorded weeks before committing suicide. The recordings have the full information of her life events and why did she take the big decision, basically what were the factors that made the teenager took the big and saddening step.

The story of season 1 starts from the point when Clay Jensen returns from his school and finds a box filled with cassette tapes on his door. The box had 13 tapes that had Hannah’s name on it. The tapes had the emotional and heart-throbbing audio diary that Hannah recorded in which she talks about the horrifying experiences she had faced before ending her life.

Clay wasn’t the only person who had got the tapes; infact, all the 13 Tapes included the people who had hurt Hannah in any way, or were related to her, taking this step for herself. The tapes went all the other related people from the high school or family that included her friends or enemies.

Season 2 shows how life is going two months after Hannah’s passing away. Clay, the other people from the high school, the school staff, and every other person related to the tapes get into the civil legal battle between the Liberty high school and Hannah’s family. Hannah’s mother, having to face the most breaking mishap of her life, wants to get her way of justice. She thinks how it was the school’s responsibility to keep an eye on kids and their upbringing, being the guardians after their parents. Hannah’s parents think of it as a negligent step from the school that led to her daughter committing suicide.

The people on trial narrate the story. Clay Jensen, on the other hand, tries his best to find the evidence that could lead to the culprits get caught or at least Hannah could get her justice. Clay takes everything upon himself and blames himself for not being there for Hannah when she needed a friend. Between all this, Hannah’s parents get separated because of having distinctive thoughts.

Season 3 was set eight months after the ending of season 2. It revolves around how the kids are still struggling with their healthy lives back on track. They try to cope with the cover-up of their friend Tyler’s Massacre and try to help him recover. The season climax reaches where during a high school homecoming game, in between some acrimonious events, one of the high school student named ‘Bryce Walker’ gets killed. After Bryce’s death, once again, the children are under microscopic vision after, and they start getting inquired yet. Bryce’s death leads all of them threatened that their dark secrets might be out.

Here’s a list of some ‘13 Reasons why quotes’ we’ve curated below.

13 Reasons Why quotes on Life:

“Sometimes the silly things can mean more than anyone knows.”

“No one knows for certain how much impact they have on the lives of other people. Oftentimes, we have no clue. Yet we push it just the same.”

“Maybe if I forgot things once in a while, we’d all be a little bit happier.”

“You don’t know what goes on in anyone’s life but your own.”

“Sometimes things just happen to you. They just happen. You can’t help it. But it’s what you do next that counts. Not what happens, but what you decide to do about it.”

“I was sick of this town and everything in it.”

“I sat. And I thought. And the more I thought, connecting the events in my life, the more my heart collapsed.”

“When we act out of anger or fear we can hurt people we don’t mean to hurt.”

“I needed a break… from myself.”

“When you mess with one part of a person’s life, you’re messing with their entire life.”

“But sometimes there’s nothing left to do but move on.”

13 Reasons Why quotes on Love:

“I can still love you and let you go.”

“We don’t choose who we fall for.”

“How can you call it love when it hurt you so badly?”

“It was love because it was worth it.”

“We both laugh. And it feels good. A release. Like laughing at a funeral. Maybe inappropriate, but definitely needed.”

“The thing I’m most afraid of is forgetting you.”

“I cost a girl her life because I was afraid to love her.”

“It must be possible to swim in the ocean of the one you love without drowning.”

“Now, the truth is the one you won’t forget.”

“That’s what I love about poetry. The more abstract, the better.”

“It seemed that I was the only one who cared about me.”

“You can’t love someone back to life.”

“Maybe love is how you understand infinity. When your love has no limit. When it goes on forever. Maybe that feels like infinity.”

“It reminded me of innocence. And I wanted my first kiss to be just that. Innocent.”

Deep and Meaningful quotes from 13 Reasons Why:

“You can’t go back to how things were. How you thought they were. All you really have is…now.”

“What you don’t understand, you can make mean anything.”

“How in the world was I alone? Because I wanted to be. That’s all I can say. It’s all that makes sense to me.”

“We all have things we keep hidden, sometimes, keeping secrets is how we survive.”

“When the right moment appears, the key is to not let it pass.”

“I’m a visitor in my own mind and if I don’t catch my breath I’ll burn up and blow away.”

“How many times had I let myself connect with someone only to have it thrown back in my face?”

“Everything seemed good, but I knew it had the potential to be awful.”

“All I know how to do is arrange flowers on the table of a burning home.”

“My breathing begins to slow. The tension in my muscles starts to relax”

“A flood of emotions rushes into me. Pain and anger. Sadness and pity. But most surprising of all, hope.”

“The longer you wait, and this is true, the slower the hands will move.”

“What if I can’t hum on key? What if my melodies are the ones nobody hears?”

13 reasons have created hype among teenagers, not just teenagers but also in all the other age groups. The show has so many heart wrenching and heart touching dialogues that people search for them in the form of quotes. We hope you liked this article on 13 reasons why quotes and found it worth the read. Thanks for being with us.

Related Topics:Love Quotes
Up Next