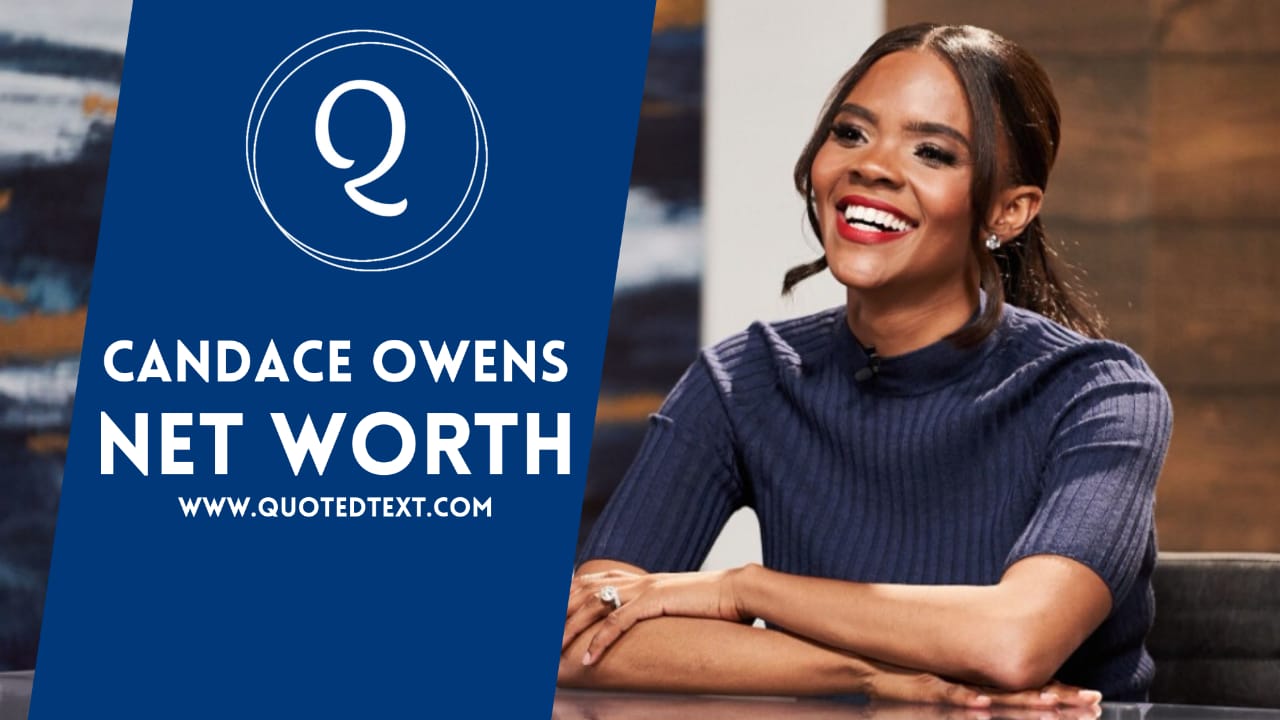 Candace Amber Owens Farmer, popularly known as Candace Owens, is an American conservative political activist, author, and commentator. She shot to fame due to her most outspoken female black role in the Trump-supporting activism and the republican party. She is also a mighty woman for criticizing the democratic party and the Black Lives Matter movement. Candace has amassed a net worth of $1 million as of 2022.

Candace Owens was born Candace Amber Owens Farmer on 29th April 1989 in Stamford, Connecticut, USA. She saw her parents separate at a very young age. Since then, she has been raised by her grandparents. Candace spent her childhood with three brothers and a sister. She completed her early education at Stamford High School.

Her childhood was filled with miseries, where she faced a lot of racism during her senior year of high school. She once received racist death threats and threatening voicemail messages. Candace’s parents came in her support and raised her voice against the improper rules and regulations of the Stamford Board of Education. They claimed that the school took no initiative to safeguard Owen’s interests. They further sued the Education Board and acquired a settlement of $37,500 in January 2008. Later on, she pursued her undergraduate degree in Journalism from the University of Rhode Island. However, she continued to face racism at the university as well.

After being graduated from college, Candace began her internship for the Vogue magazine in New York. In 2012, she started working as an administrative assistant for the Manhattan-based equity form cause of her hard work and dedication; she became the vice president of administration. In 2015, Candace started working as a CEO in a marketing company called ‘Degree180’. She often wrote blogs for the company with dynamic anti-conservative and anti-trump content.

In 2016, Candace launched her new website named SocialAutopsydotcom, which aimed at exposing cyberbullies. The website allowed its user to take and share screenshots of offensive posts. However, the website didn’t work well and started receiving backlashes from several internet users. The audience claimed it to be a spoilation of the right to privacy where the victims are exposed to public shaming. Some of the progressive and conservative critics were involved in the infamous Gamergate controversy.

In 2017, Candace started working as a communications director for the conservative advocacy group Turning Point USA where she serviced will 2019. Till 2018, she was officially registered as a republican. Afterward, she launched a Blexit movement to encourage African Americans and other minority groups and register themselves as Republicans and leave the Democratic party.

Later in 2020, she announced her upcoming show called The Daily Wire, where she worked as a host. Her podcast named ‘candace’ was released on the same platform on 19th March 2021. In addition to this, she also hosts a show called The Candace Owens Show on PragerU’s YouTube channel. She also runs her YouTube channel since September 2015. She has also worked as an author. Her best-known book named ‘Blackout: How Black America Can Make Its Second Escape from the Democrat Plantation’ was published in 2020.

Candace has earned a good amount of $200,000 annually by working at Turning Point USA. Moreover, she has made a considerable amount of around $400,000 from the conservative advocacy group. In addition to this, she hosts multiple TV shows and runs her YouTube channel. Her estimated net worth stands at $1 million as of 2022.

“I went to school at the University of Rhode Island and pursued a degree in journalism, which is a little bit ironic.”― Candace Owens

“You can still say whatever you want to say on social media, but you have to be willing to stand by your words.”― Candace Owens

“I don’t know why people like being oppressed.”― Candace Owens

Candace Owens is married to a former Turning Point UK chairman named George Farmer. The couple started dating in early 2019 and got married on 31st August 2019 at the Trump Winery. The couple has one child.

What do you think about Candace Owen’s Net Worth? Leave a comment below and tell us your views.