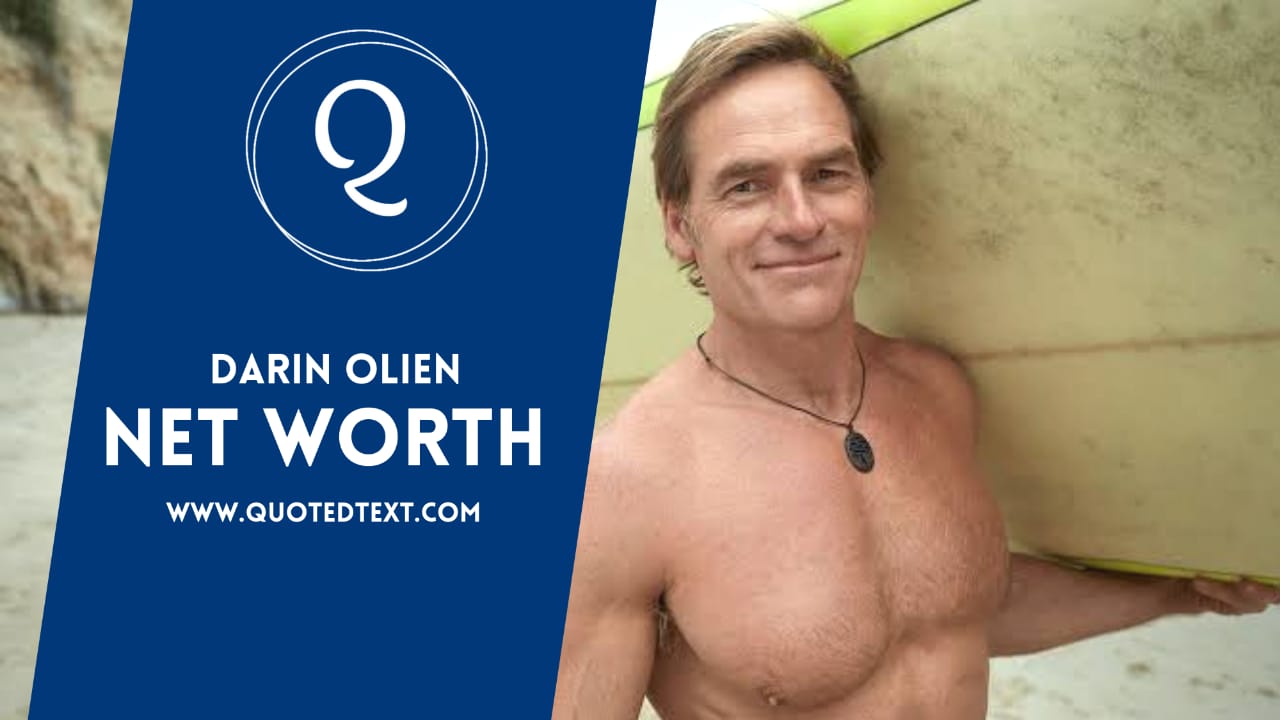 Darin Olien is a well-known American businessman, author, actor, TV host, podcast host, and wellness expert who promotes superfoods. He amassed popularity from his appearance in the Netflix series named ‘Down to Earth’ with Zac Efron’s actor. As a wellness expert, Darin is a co-founder and founder of Shakeology, Barukas, and Superlife. In addition to this, he is also an environmental activist. Darin has previously traveled in search of exotic edibles and came up with the ‘superfoods.’ At the same time, Shakeology revolves around a crafted shake made with many nutritious ingredients to convert it into a healthy drink. His estimated net worth stands at $500,000 as of 2022.

Darin Olien was born on 4th November 1970 in Minnesota, United States. There isn’t much information available about his parent’s name and occupation. However, when Darin was young, his parents separated following some issues. Later, he lost his father as he was facing some alcohol-related problems. Darin spent his childhood with his brother and sister named Nathan Olien and Jenna Olien.

Darin pursued a bachelor’s degree in Exercise, Physiology, and Nutrition from the University of St. Thomas. Followed by this, he got enrolled at the University of Santa Monica and received his master’s degree in Psychology. His inclinations towards establishing a healthy diet made him pursue a professional career as a health and wellness expert. He began traveling to study plants and search for edible food. He is currently known as the Indiana Jones of Superfoods.

Health and Wellness Expert: After completing his Exercise, Physiology, and Nutrition education, Darin worked as a nutrition direction at the Totimed for around four years. Afterward, he founded his own company and named it ‘Darin’s Naturals, LLC. It involves working closely with the indigenous farmers and growers to produce the best quality herbs and foods. These foods are then formulated into rare superfoods that are enriched with nutritious value. Darin’s Naturals then import these superfoods to other companies.

While Darin’s company was achieving success, he continued working on various other companies, including the RainCatcher. Darin worked as the field director and board member at the company. Previously, RainCatcher aimed at providing clean water to three continents later expanded their project across the world. Darin is also the founder of his lifestyle brand named Superlife, dedicated to providing resources and valuable information regarding healthy eating practices.

Author: In addition to his career as a wellness expert, Darin is also a famous author. He has published his book titled ‘Superlife’: The five simple fixes that will make you healthy, fit, and eternally fabulous. The book earned a massive sale and gained him a considerable amount of money. Darin aims at providing practical tips for maintaining a healthy lifestyle and staying fit through his publication. Superlife is a helpful guide for those looking for adequate nutrition, diet, and fitness tips.

Actor: Darin Olien is also popularly known for appearing in the Netflix series titled ‘Down to Earth, along with the actor Zac Efron and a TV series named ‘Younga.’ He is also the producer of the Netflix series, which was released on 10th June 2020. The series revolves around the journey of Zac Efron around the world while experiencing life, greenery, and nature. In addition to this, Darin is also a well-known host of his TV show named the Darin Olien Show.

Shakeology: Darin is also a co-founder of Shakeology. He has collaborated with fitness advocate Isabelle Daikeler to provide a healthy drink that ensures taste and nutrition. The superfood nutrition shake is a healthy, plant-based diet enriched with protein and fiber and enables individuals to achieve physical fitness. Shakeology is available in a wide variety of flavors such as Vanilla Whey, Chocolate Whey, Café Latte Whey, Strawberry Whey, and Salted Caramel plant-based Vegan Shakeology.

Darin Olien was married to Eliza Coupe in 2014. Their wedding ceremony was held on 24th December in the presence of close friends and family. Darin’s wife Eliza Coupe is an American actress and comedian by profession. However, the couple got separated in the year 2018 and did not have any children. The reason for their divorce is still unknown. Since the separation, the ex-couples have remained entirely on the subject and haven’t given any reason to the media.

Darin Olien is a multi-tasker and earns a considerable amount from every profession, be it host, author, actor, or wellness expert. He earns a good amount of money from his professional career as a podcast host for his show named ‘Darin Olien Show’ and as an author. He has published several books focusing on health and fitness, including ‘Superlife’: The five simple fixes that will make you healthy, fit, and eternally fabulous, which turned out to be the best seller and earned him considerable revenue. Besides this, he has also produced and acted in the Netflix series ‘Down to Earth.’ The brand itself is associated with a considerable amount of money.

In addition to this, Darin is a dynamic personality on Instagram with a following of 522K. He earns a lot of money through advertisements and promotional works on Instagram. He has an estimated net worth of $500,000 as of 2022.

“Do what you can’t do, so you can do more of what you want to do.”― Darin Olien

“We make up 5 percent of the world’s population, and we take 80 percent of all prescription painkillers.”― Darin Olien

“If something is bad for Earth, it’s probably not so great for us, either.”― Darin Olien

“Either way, ask yourself: Is this what I want to be made out of? Is this the being I want to be?”― Darin Olien

What do you think about Darin Olien’s Net Worth? Leave a comment below and tell us your views.