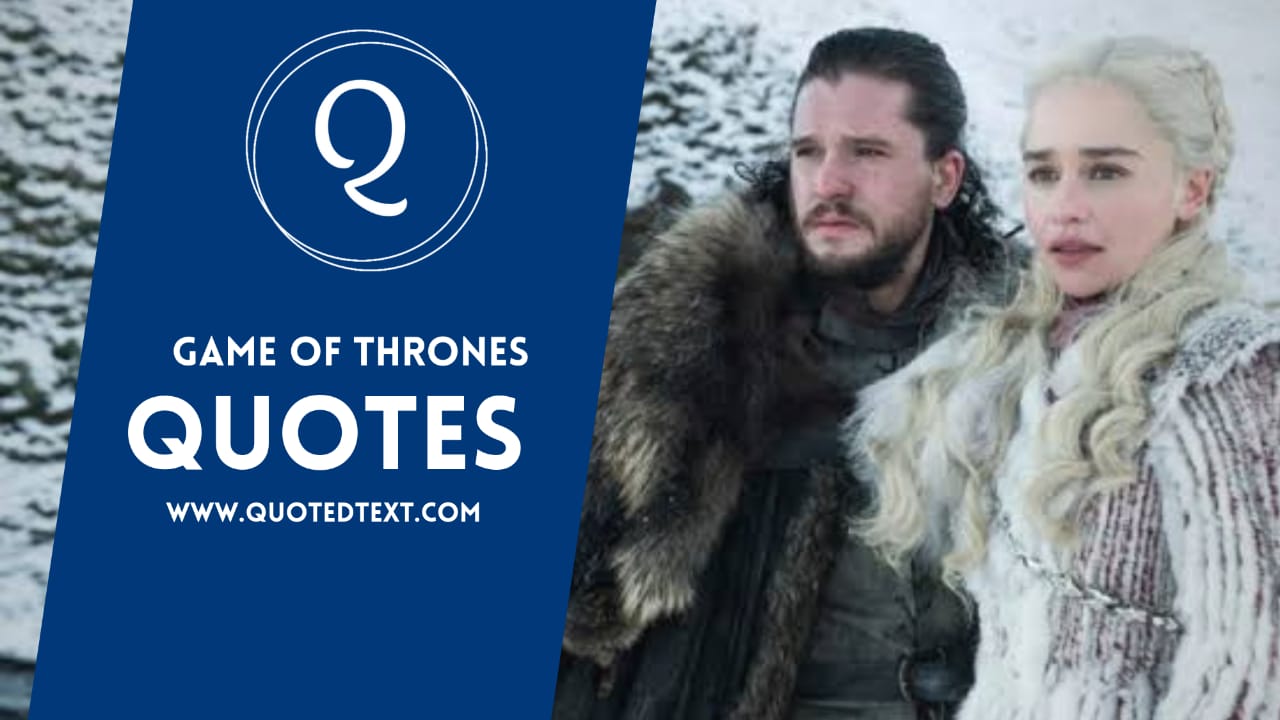 Game of Thrones is an American fantasy, thriller, and drama series. The show was produced by many production companies like Television 360, Grok! Television, Generator Entertainment, Startling Television, and Bighead Littlehead. David Benioff and D. B. Weiss created it. The story of the show game of thrones is based on the series of a fantasy novel named “A Song of Ice and Fire.”

The series GOT is based on the storylines of “A song of ice and fire.” It revolves around the seven fictional kingdoms of Westeros and the continent of Essos. The show has many plot lines. The first story arc shows a dynastic conflict amongst people for the succession of the iron throne, with the other noble families fighting for independence from the throne.

The second story revolves around how Scion, the exiled, returns for the throne’s reclamation.

The third chronicles and tells the threat of the coming winter with fierce people and creatures.

The show had been available on so many platforms like HBO, Bluray, Torrent, etc. It has received numerous critics responses and awards. The show created hype whenever the new season came out in the years. We have collected the best of Game of Thrones quotes for all the GOT fans out there, so you feel more connected with the show and its characters.

Game of Thrones quotes on Life:

“Death is so terribly final, while life is full of possibilities.”
― Tyrion Lannister

“It’s a big and beautiful world. Most of us live and die in the same corner where we were born and never get to see any of it. I don’t want to be most of us.”
― Oberyn Martell

“It doesn’t matter what we want. Once we get it, then we want something else.”
― Lord Baelish

“The day will come when you think you are safe and happy, and your joy will turn to ashes in your mouth.”
― Tyrion

“Nothing isn’t better or worse than anything. Nothing is just nothing.”
― Arya Stark

“If you think this has a happy ending, you haven’t been paying attention.”
― Ramsay Bolton

“Every time we deal with an enemy, we create two more.”
― Tyrion Lannister

“A reader lives a thousand lives before he dies. The Man who doesn’t read lives only one”
― Jojen Reed

“The powerful have always preyed on the powerless, that’s how they became powerful in the first place.”
― Tyrion Lannister

“A Wise Man Once Said That You Should Never Believe A Thing Simply Because You Want To Believe It.”
― Tyrion Lannister

Game of Thrones quotes on Love:

“The more people you love, the weaker you are.”
― Cersei Lannister

“We don’t get to choose whom we love.”
― Jamie Lannister

“Love is more powerful than reason. We all know that.”
― Tyrion Lannister

“The things we love destroy us every time, lad. Remember that.”
― Commander Mormont

“We are only human, and the gods have fashioned us for love. That is our great glory, and our great tragedy.”
― Aemon Targaryen

“It’s always changing, who we’re supposed to love and who we’re not. The only thing that stays the same is that we want who we want.”
― Ellaria Sand

“We could stay a thousand years; no one would find us.”
― Daenerys Targaryen

Game of Thrones quotes on Fear and Death:

“The Lord of Light wants his enemies burned. The Drowned God wants them drowned. Why are all the gods such vicious cunts? Where is the god of tits and wine?”
― Tyrion Lannister

“When you tear out a man’s tongue, you are not proving him a liar, you’re only telling the world that you fear what he might say.”
― Tyrion Lannister

“The night is dark and full of terrors.”
― Melisandre

“A ruler who hides behind paid executioners soon forgets what death is.”
― Ned Stark

“The world is overflowing with horrible things, but they’re all a tray of cakes next to death.”
― Olenna Tyrell

“When you play the game of thrones, you win or you die.”
― Cersei Lannister

“I need you to become the man you were always meant to be. Not next year, not tomorrow, now.”
― Lord Varys

“Many underestimated you. Most of them are dead now.”
― Tyrion Lannister

“It’s better to be cruel than weak.”
― Theon Greyjoy

“A lion doesn’t concern himself with the opinion of Sheep.”
― Twyin Lannister

“The freedom to make my own mistakes was all I ever wanted.”
― Mance Rayder

“The storms come and go, the big fish eat the little fish and I keep on paddling.”
― Lord Varys

“Sleep is good and Books are better.”
― Tyrion Lannister

“Never forget what you are. The rest of the world will not. Wear it like armor, and it can never be used to hurt you.”
― Tyrion Lannister

Thanks for reading this article; we hope you liked this article on Game of Thrones quotes. Please comment below to recommend us something better.