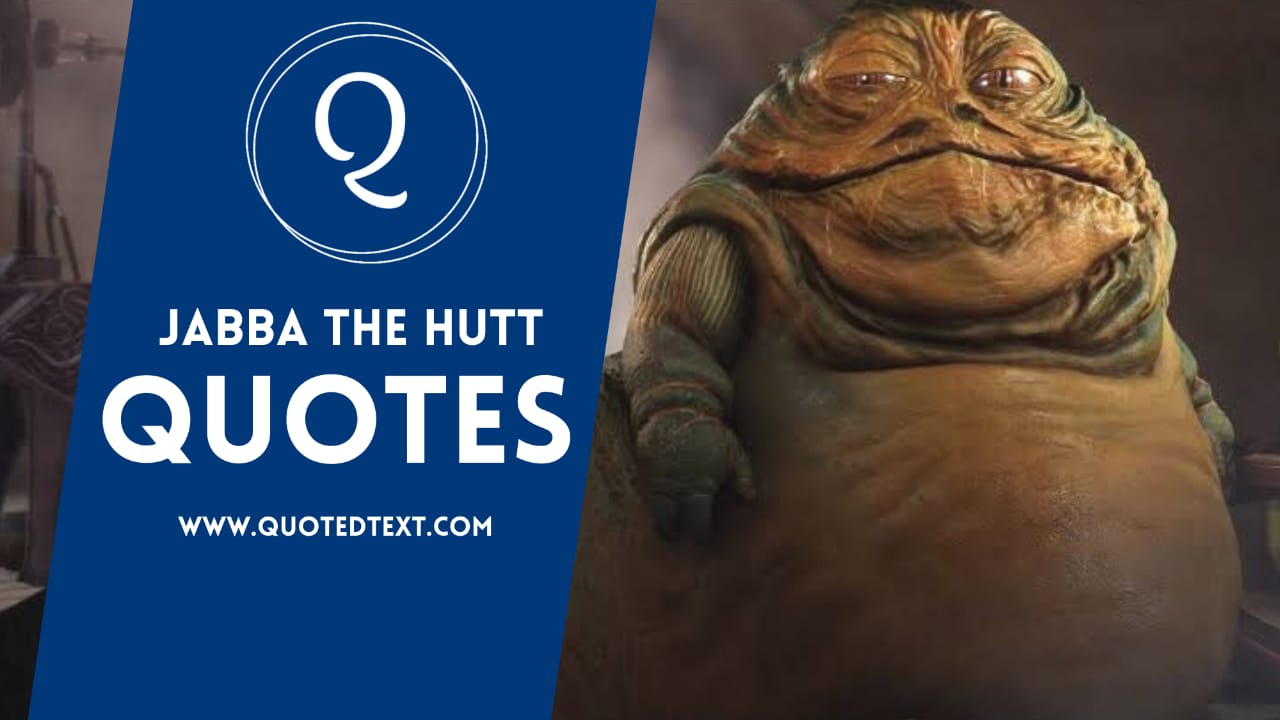 Jabba The Hutt is a fictitious character from the ‘Star Wars’ legacy. He’s one of the strongest criminals and fugitives out there in the universe. Jabba also had high reach with just about every other universe’s big leaders. He’s huge and looks sluggish and jiggly, which is quite disturbing to some viewers. However, his presence within the storyline is a significant move taken by the filmmakers and creatives of Star Wars. Jabba’s victims and those frightened of him also refer to him as the ‘crime-lord’ of the system; I mean, what’s not to be afraid of when it’s him that we’re discussing. The evil face and cunning attitude is the reason why he’s dominant. But on the brighter side, people find his quotations and saying very relatable to life.

Who is Jabba The Hutt?

Jabba Desilijic Tiure, or as we call him Jabba The Hutt, perhaps has been a symbol of Gluttony and Corruption in the Star-Wars legacy for so long. Jabba was born in 600 BBY in Nailhutta and died in 4 ABY in Tatooine. He has a Greenish-Tan mix of colored skin and has some haunting orange eyes. Some inferiors even call him ‘His Excellency Jabba Desilijic Tiure of Nal Hutta’, which, even though sounds respectful, is very hard to pronounce, so we call him Jabba The Hutt or just Jabba. He also rules a criminal and mischievous Council of like-minded sluggish-beings called ‘Grand Hutt Council,’ where again, everybody fears him.

Some Facts about Jabba The Hutt:

Jabba The Hutt was mostly famous for the aggression he used to possess. He was the primary regulator of all the Tatooine’s underworld conspiracies, hence the same ‘crime-lord.’ Jabba hates lies and liars. Many Star Wars references where he crossed paths with liars, he often made them suffer through, and lot and would even torture them. But inevitably, he had a brighter side too where he loves his son Rotta The Hutt with no strings attached. Rotta was like the lifeline to Jabba, which is why when Rotta got kidnapped, Papa Hutt lost control over himself and would lash with anger at every suspect.

Here’s a list of some famous Jabba The Hutt Quotes we have curated for you: 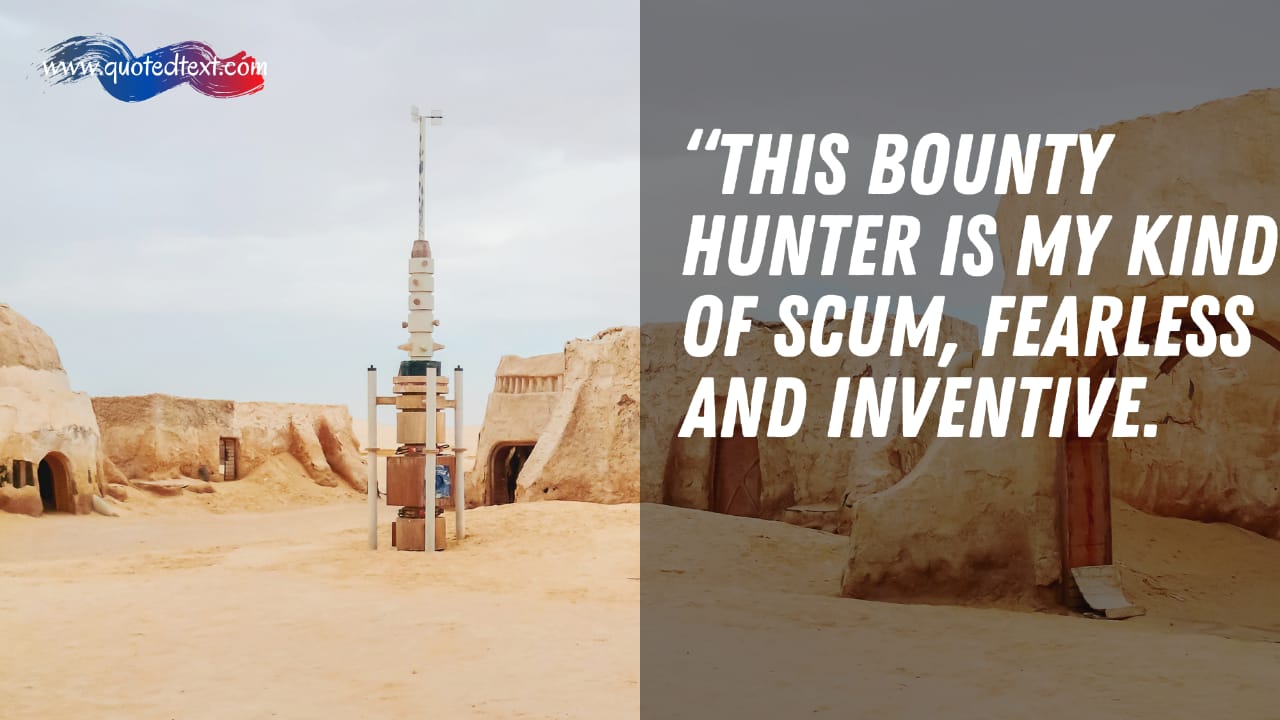 This Bounty Hunter is my kind of scum, fearless and inventive. 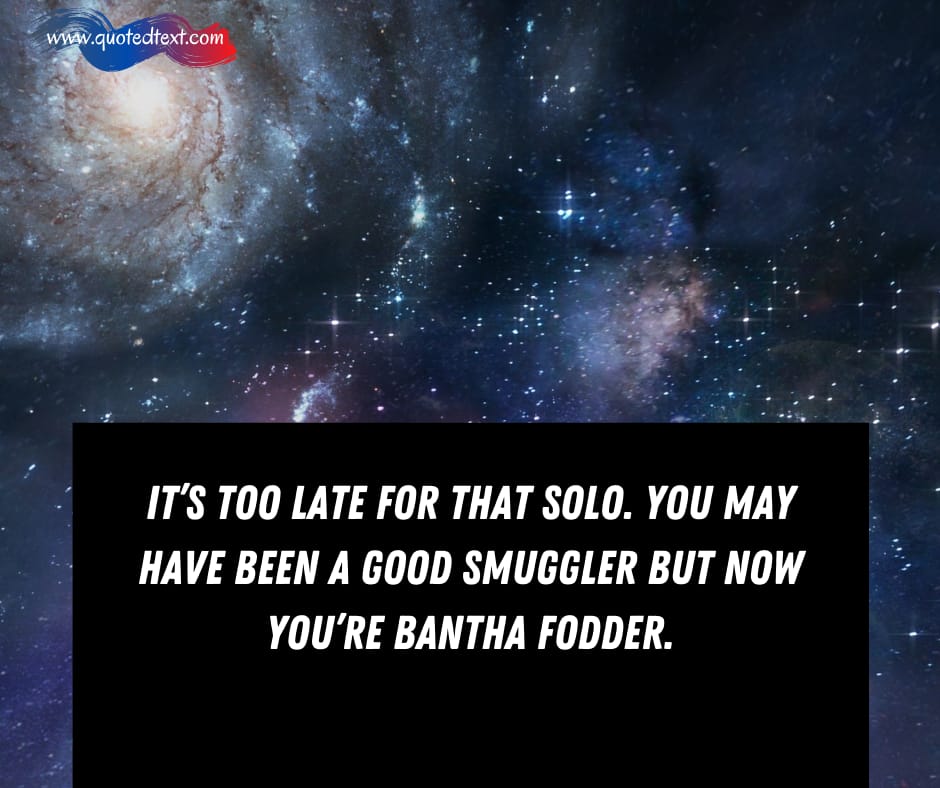 It’s too late for that Solo. You may have been a good smuggler but now you’re bantha fodder.

You will soon learn to appreciate me 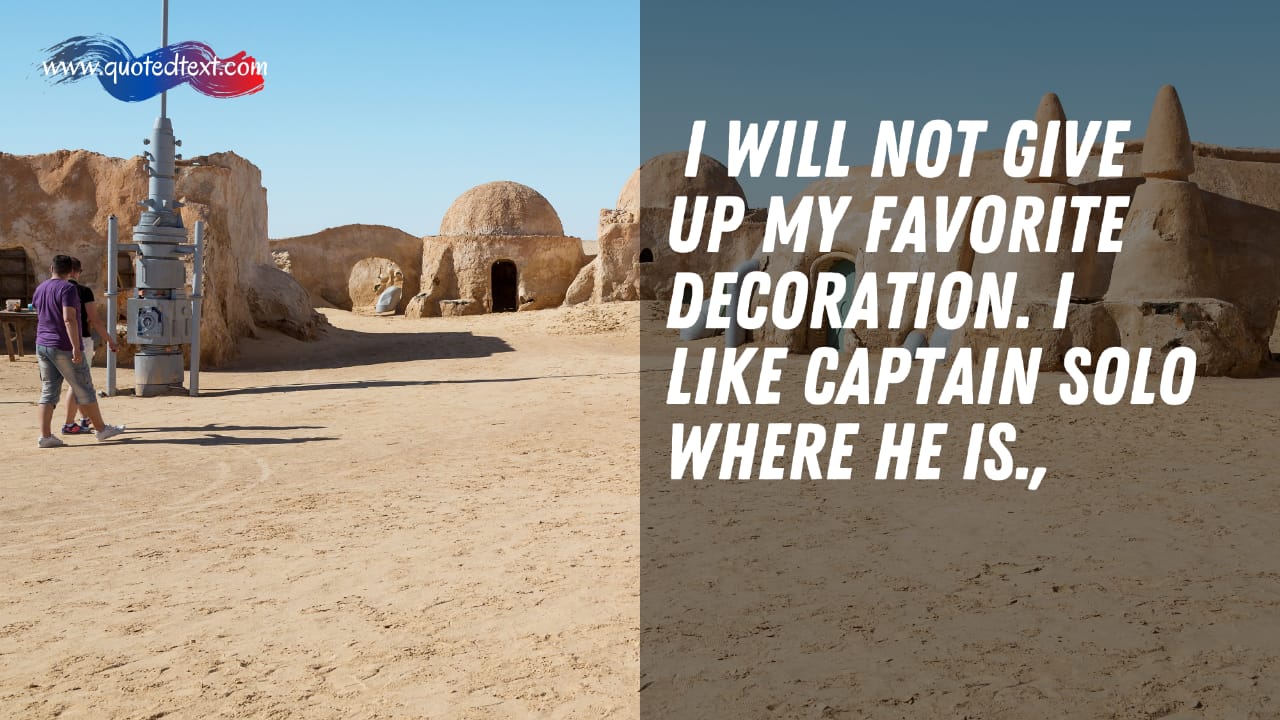 I will not give up my favorite decoration. I like Captain Solo where he is.

Han my boy, you disappoint me. Why haven’t you paid me and why did you fry poor Greedo? 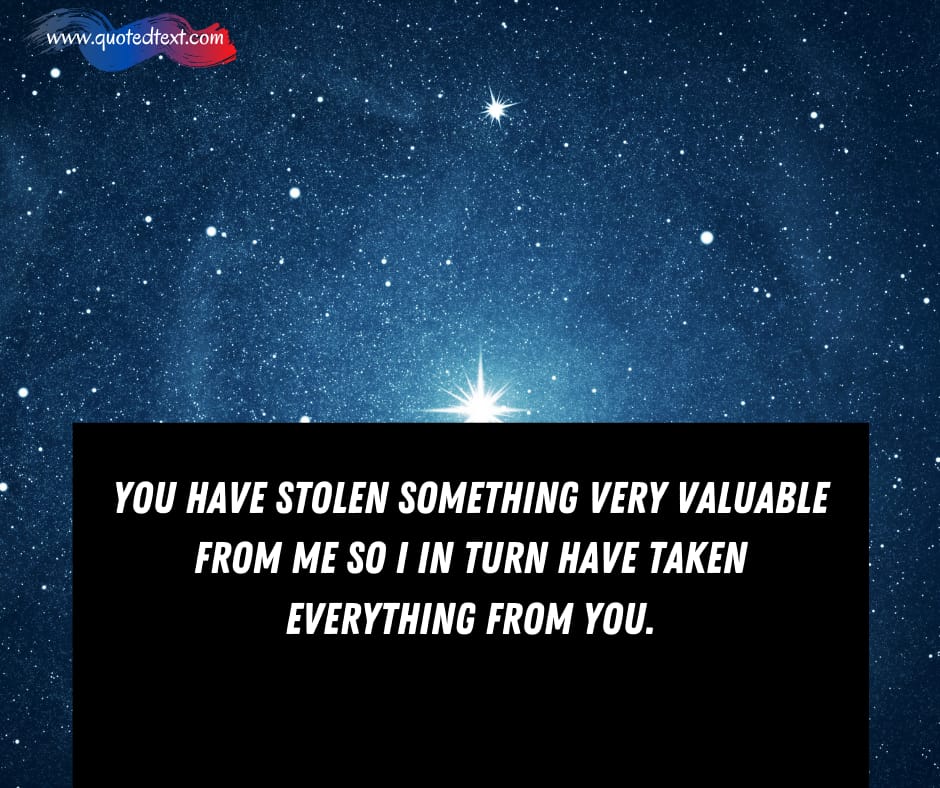 You have stolen something very valuable from me so I in turn have taken everything from you. 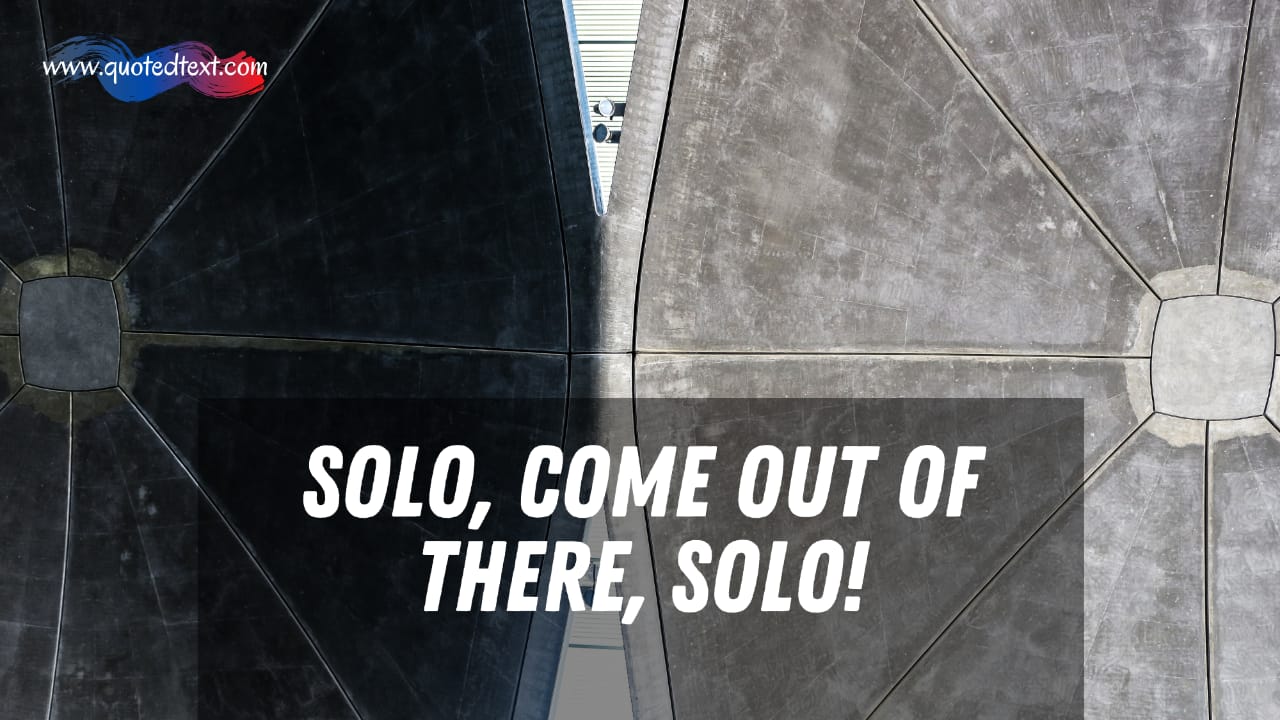 Solo, come out of there, Solo! 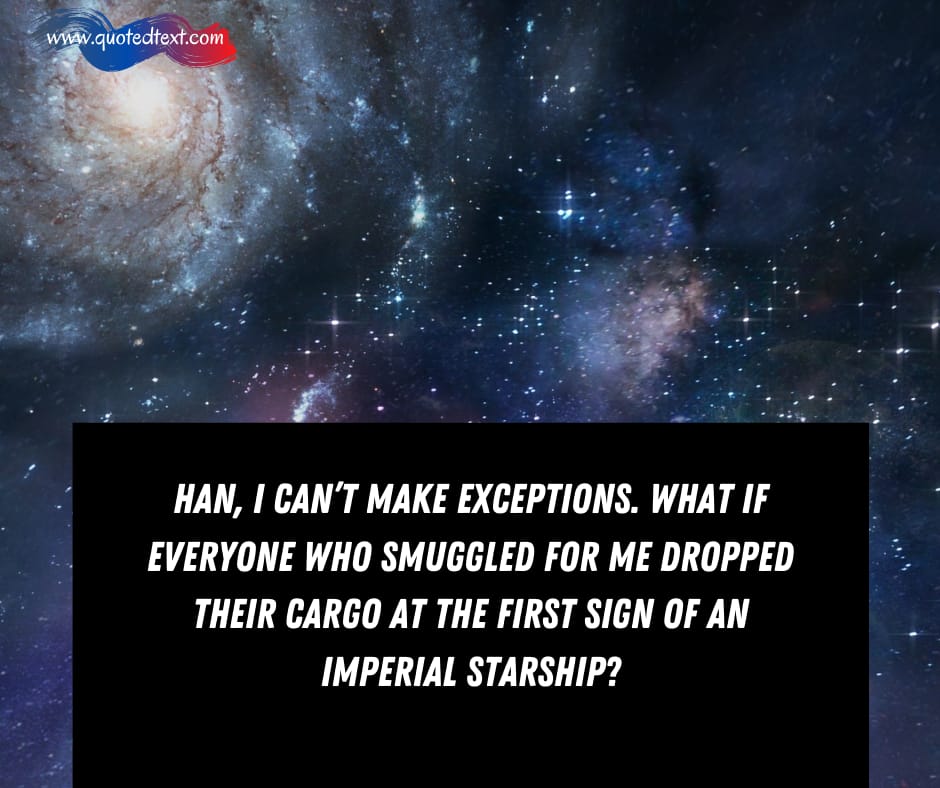 Han, I can’t make exceptions. What if everyone who smuggled for me dropped their cargo at the first sign of an Imperial starship? 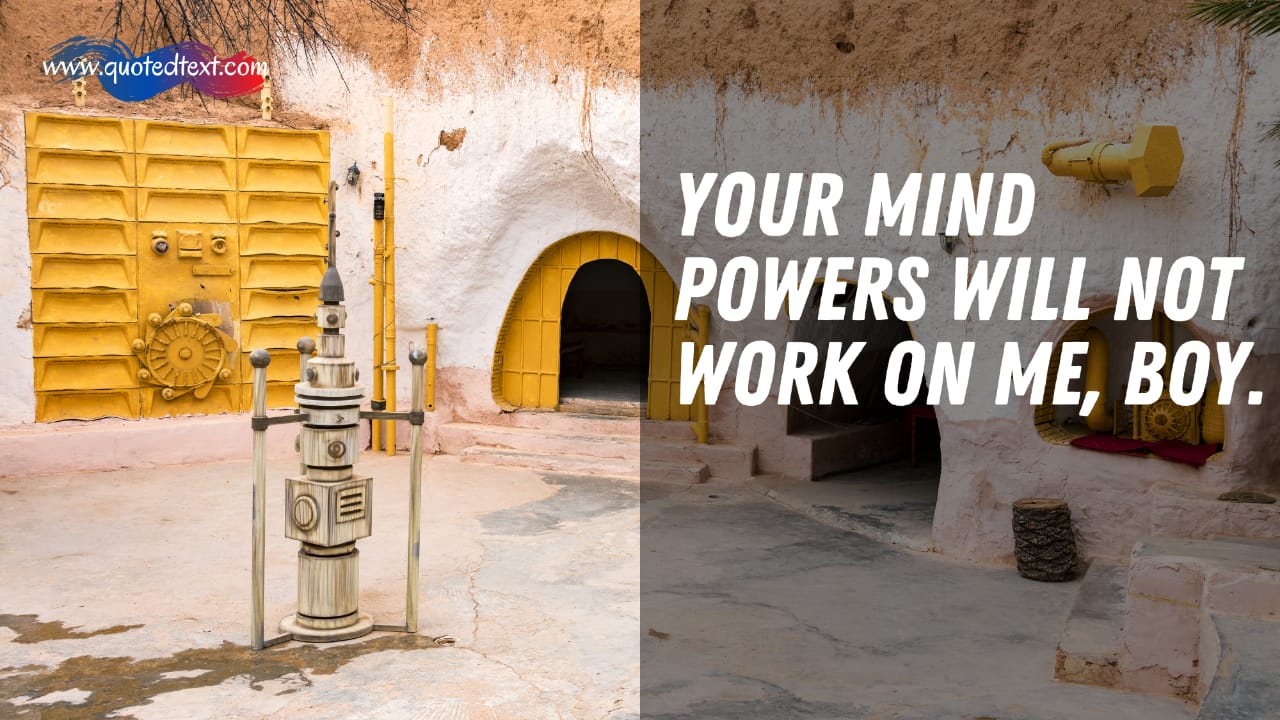 Your mind powers will not work on me, boy. 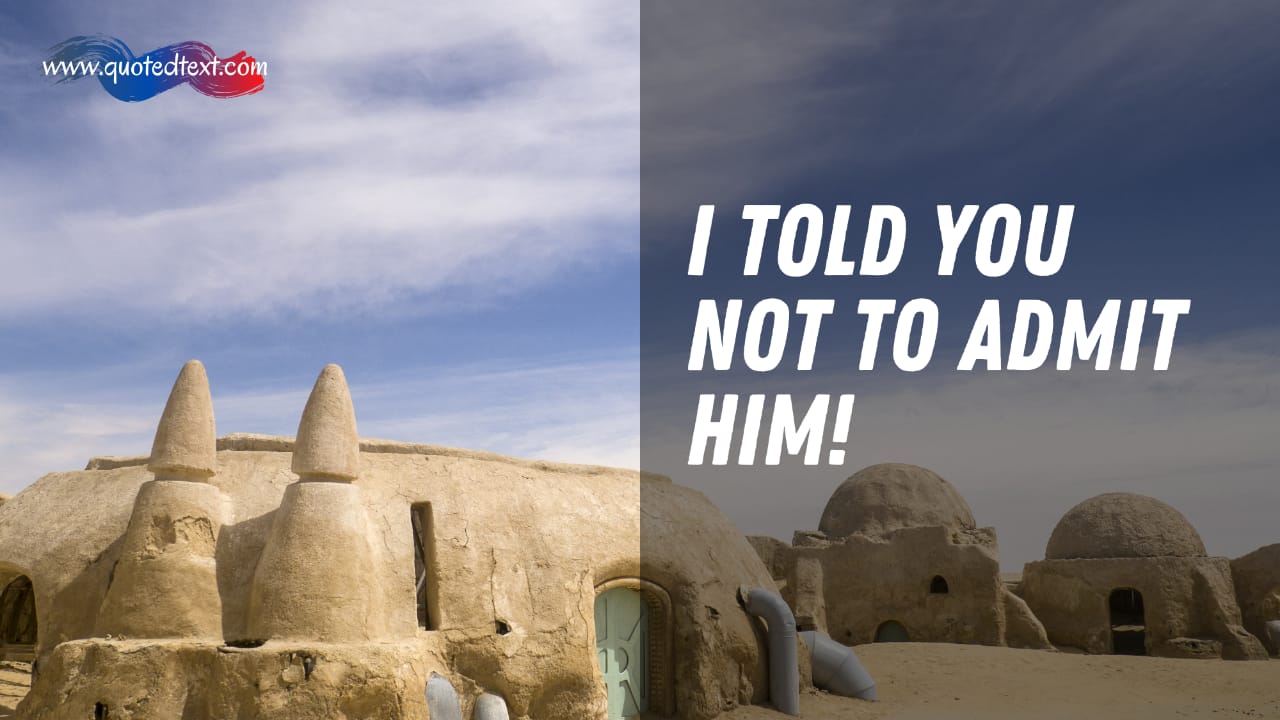 I told you not to admit him! 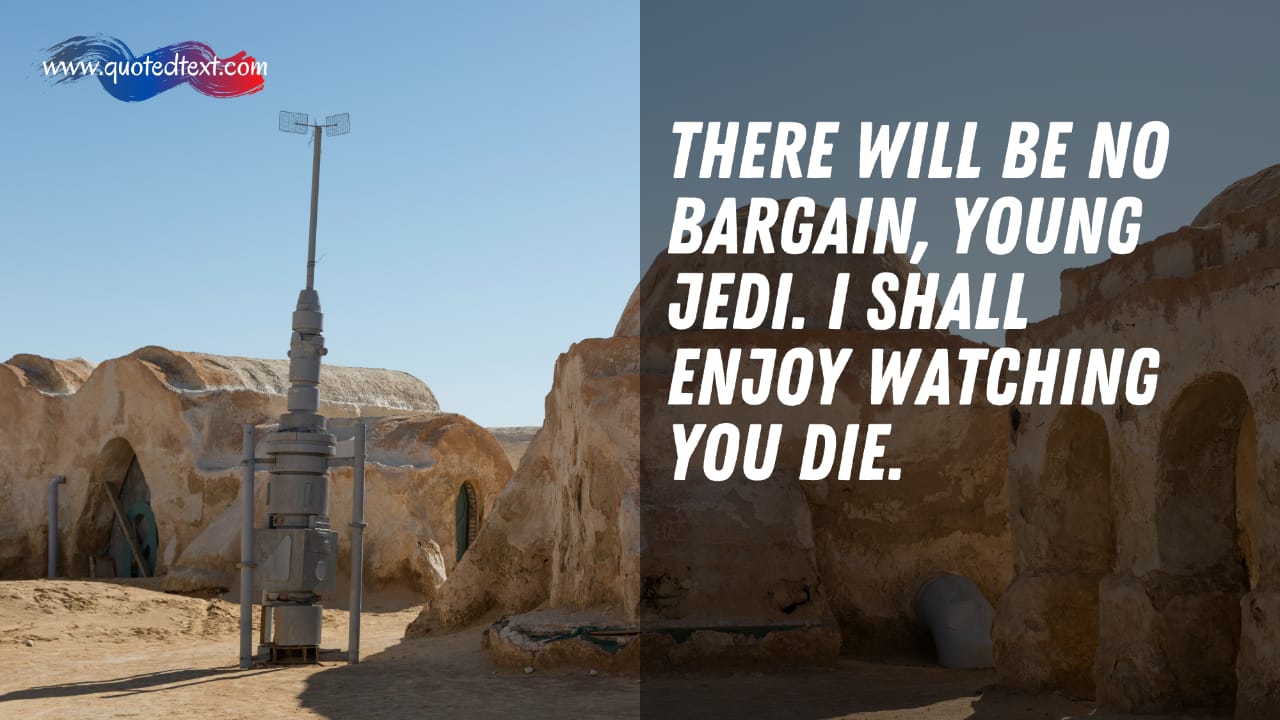 There will be no bargain, young Jedi. I shall enjoy watching you die.

Move him into position. Put him in! 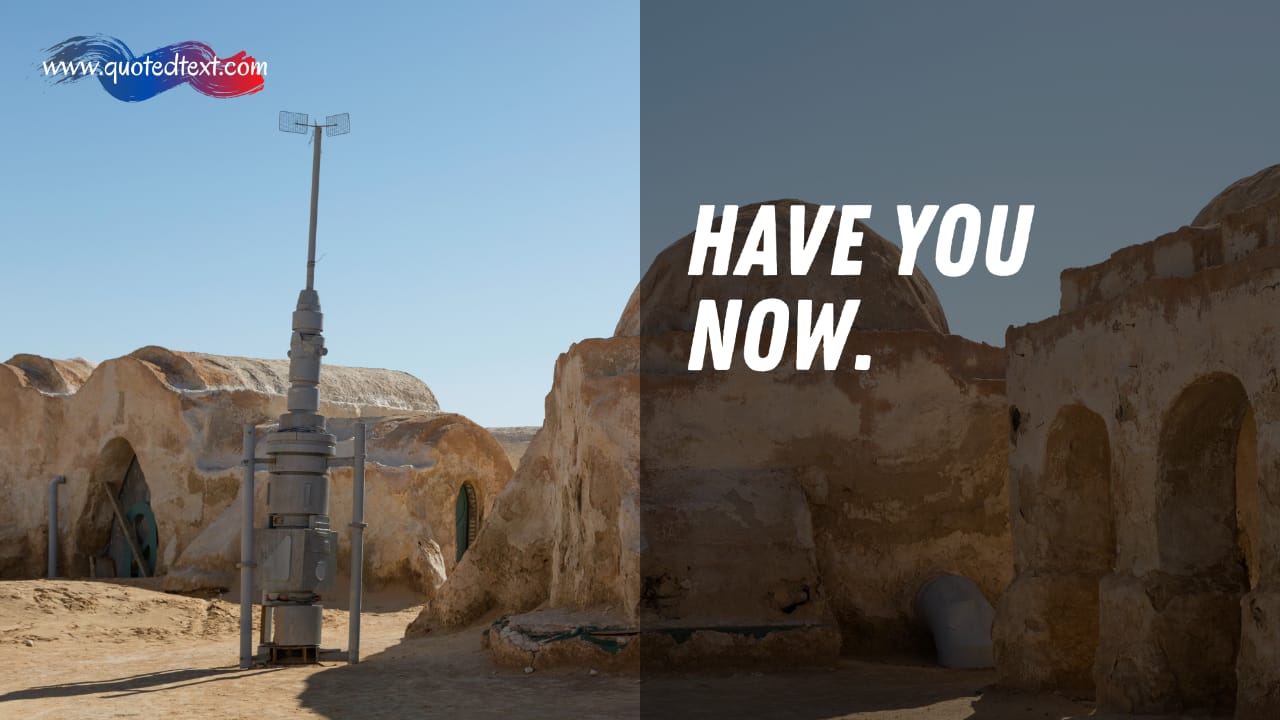 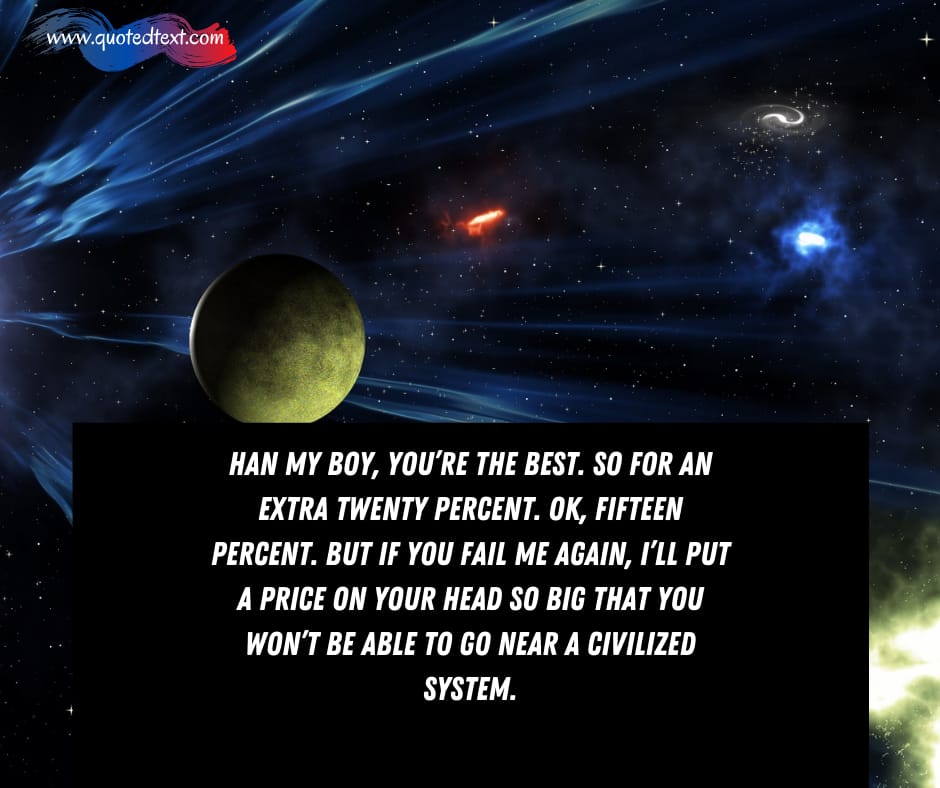 Han my boy, you’re the best. So for an extra twenty percent. Ok, fifteen percent. But if you fail me again, I’ll put a price on your head so big that you won’t be able to go near a civilized system. 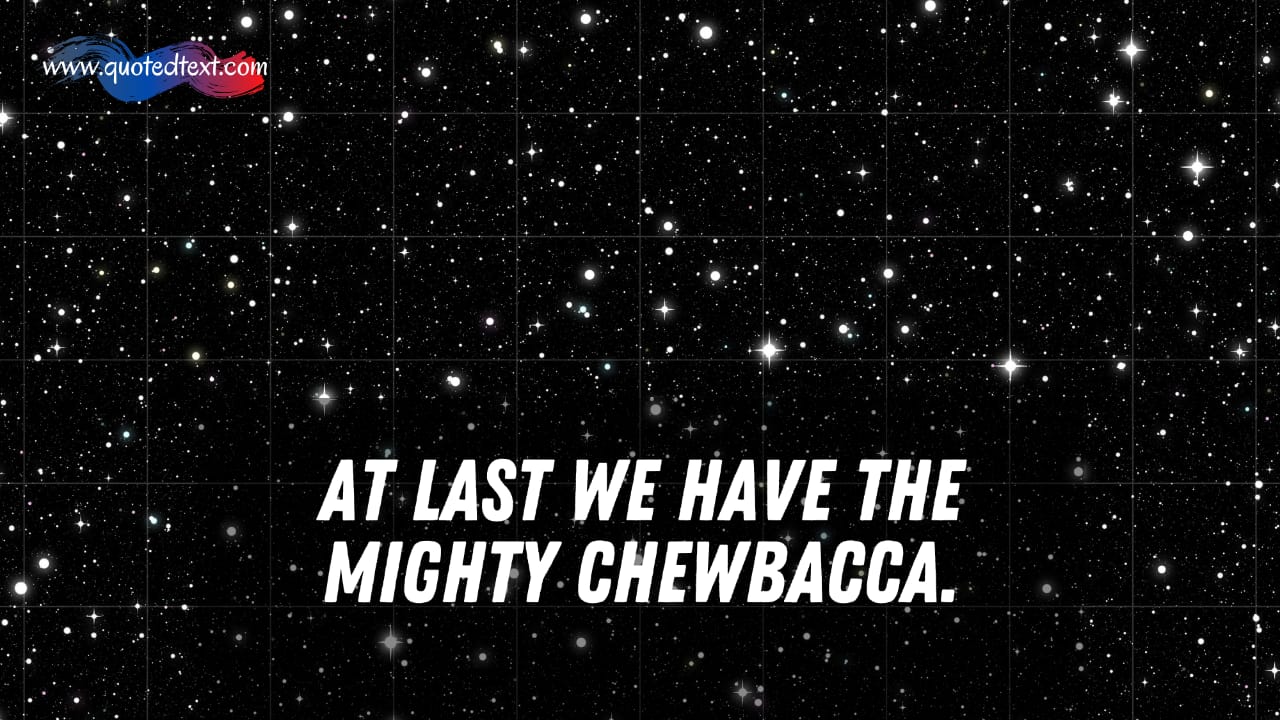 At last we have the mighty Chewbacca. 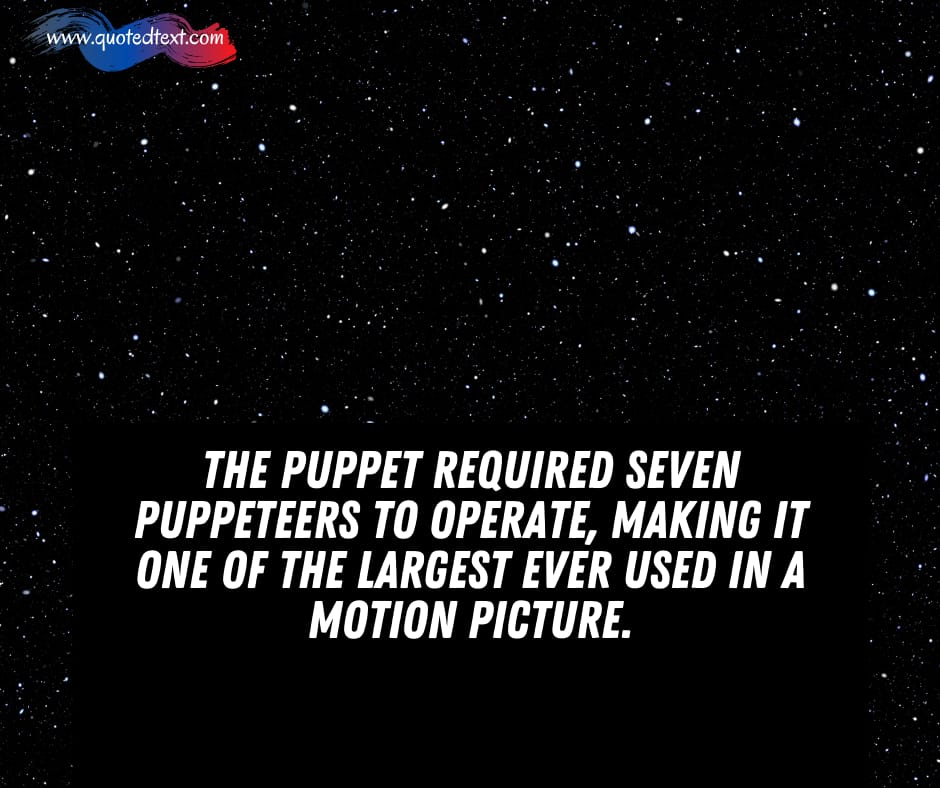 The puppet required seven puppeteers to operate, making it one of the largest ever used in a motion picture.

Of that, I’m sure. But, in the meantime, I shall thoroughly enjoy the pleasure of your company. Leia… 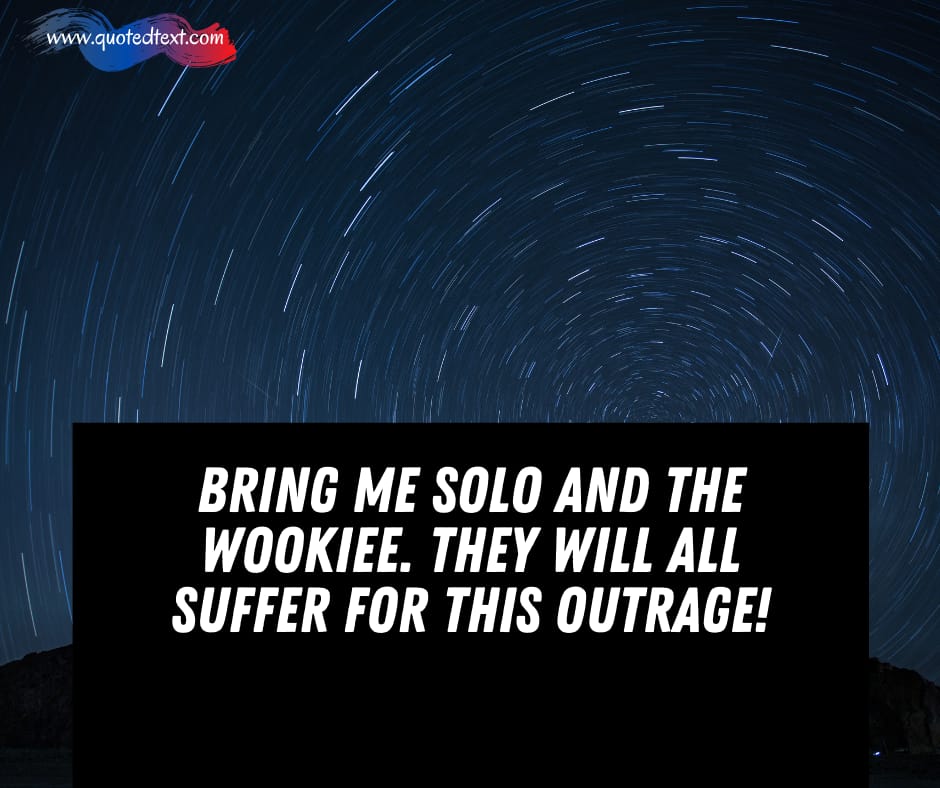 Bring me Solo and the Wookiee. They will all suffer for this outrage!

Jabba the Hutt was a very influential and essential character for the Star-Wars Legacy. Even though for some, he was nothing more than a disgusting and ruthless identity, some great fans who keep up with all the Star-Wars concepts and theories find him notorious, but significant. We hope you liked our today’s article on Jabba The Hutt quotes. Let us know your views about this character in the comments below.