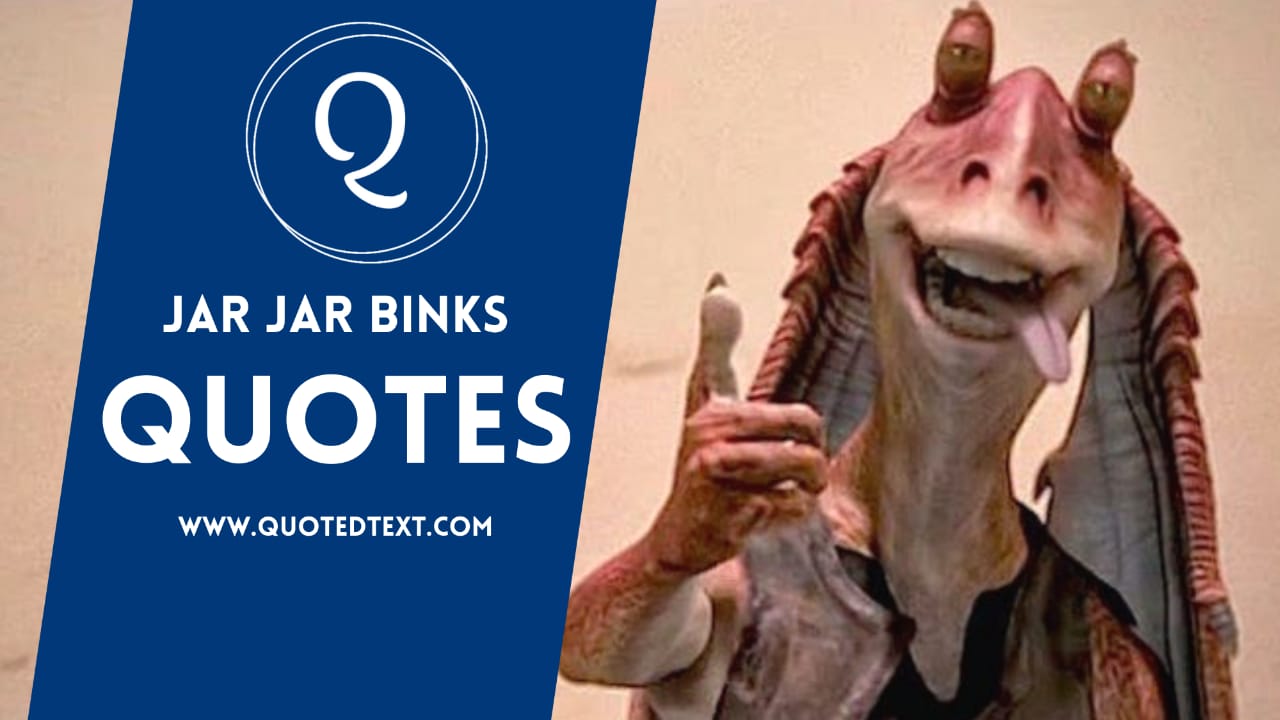 Jar Jar Binks is a fictitious character from the ‘Star Wars‘ series of films. Bought to writing and then to screens by George Lucas, he was quite noticeably seen in the first episode of Star Wars-The Phantom Menace. The legacy of Star Wars has made every viewer a crazy fan for it, making viewers quite excited for the upcoming updates. Since Jar Jar Binks was initially introduced as a sarcastic character to make it up for that part of the film, he’s got surplus amounts of downvotes from both critics and audiences and is believed to be one of the most hated characters in the film series.

Besides everything, the character is known to have some hard-hitting quotes written upon, hence this article. Today we’ll talk about Jar Jar Binks, the very well known character from Star Wars, and some of the quotes he’s had that had left marks on our minds. Keep reading.

Who is Jar Jar Binks?

Jar Jar Binks was born 52 years before the battle of Yavin on the planet Naboo. He was a Gungan and was raised to become a whaler just like his predecessors who’ve been doing the same from the past hundreds of years. But after all the efforts put in by his parents, especially father, into making him a whaler, they failed miserably on Jar Jar’s extreme clumsiness and spontaneous nature. Times rolled, and circumstances took away Jar Jar’s parents from him, for which he was held responsible and hence got banished from all foundations and libraries. He’d switch jobs in search for some life purpose, which, since he got fired every time, started making him lose hope in it. It is believed that the creatives were inspired by the famous Disney’s character Goofy when writing Jar Jar Binks.

Jar Jar Binks spent his life proving his worth and potential to others, but that would often end up making him look terrible in others’ eyes. Boss Nass later offered him a post in the cooking department, where he messed everything up. He caused an explosion that flooded the party and also broke Nass’s precious amenity heyblibber. This made Boss Nas switch to the angry mode real quick, which resulted in banishing Jar Jar Binks from Otoh Gunga as if he ever returned, he’d be killed. He even tried to hide there but got caught, which is why he was sent to Lianorm Swamp, the place where he got boycotted.

Jar Jar Binks is a little clumsy and often ends up breaking things. He intents to make things better, but things always make him look bad in other people’s eyes. The irony is that his only saviour is his clumsiness at times. In comparison to other characters in Star Wars, Jar Jar is low on battling abilities, which is another reason why some people find him annoying. However, if we look just a little bit inside, he’s a charming and optimistic personality, and besides how he looks, he’s not a monster. People who understand him righteously know that he’s very inspiring, too, because of the struggles he’s faced throughout his life and the values he learned in the journey.

Here’s a list of famous Jar Jar Binks Quotes we have curated for you: 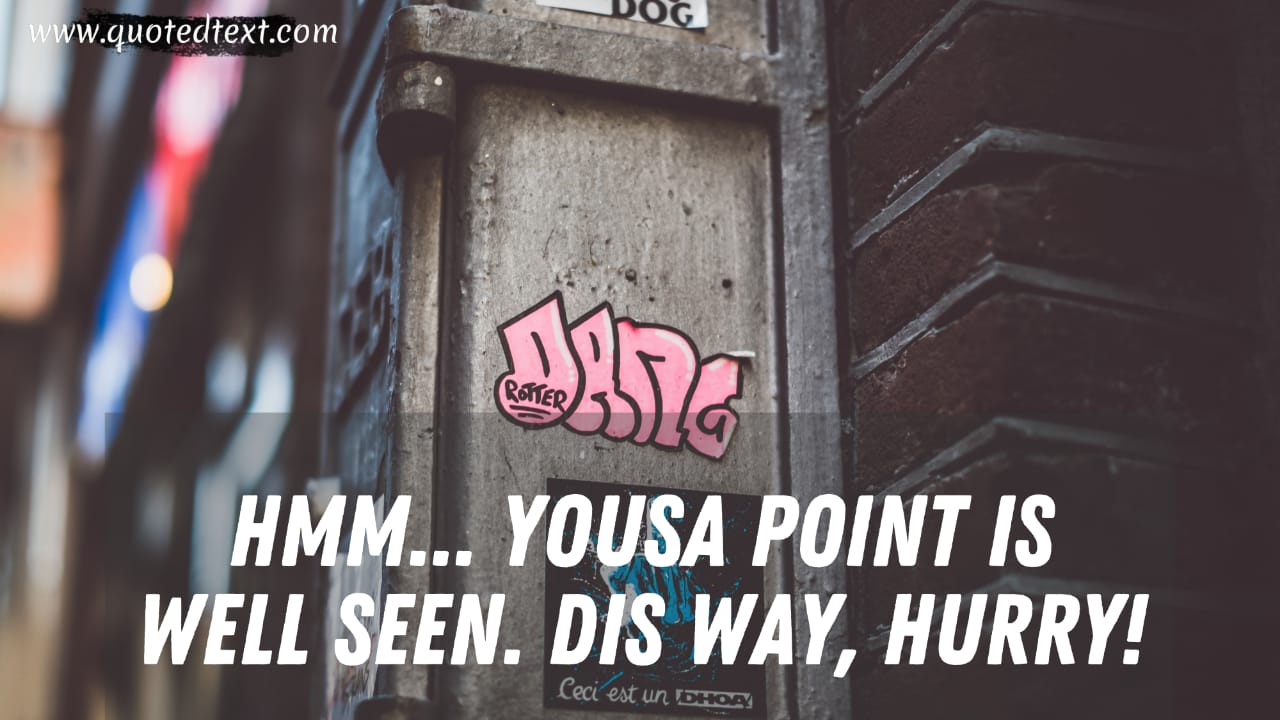 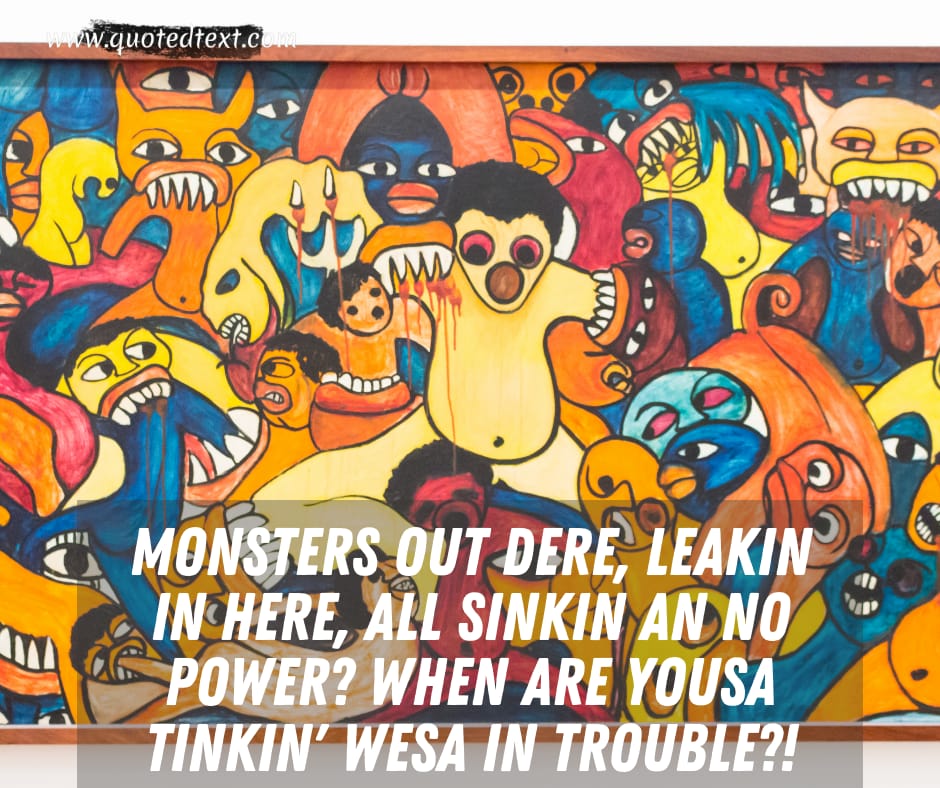 Monsters out dere, leakin in here, all sinkin an no power? When are yousa tinkin’ wesa in trouble?! 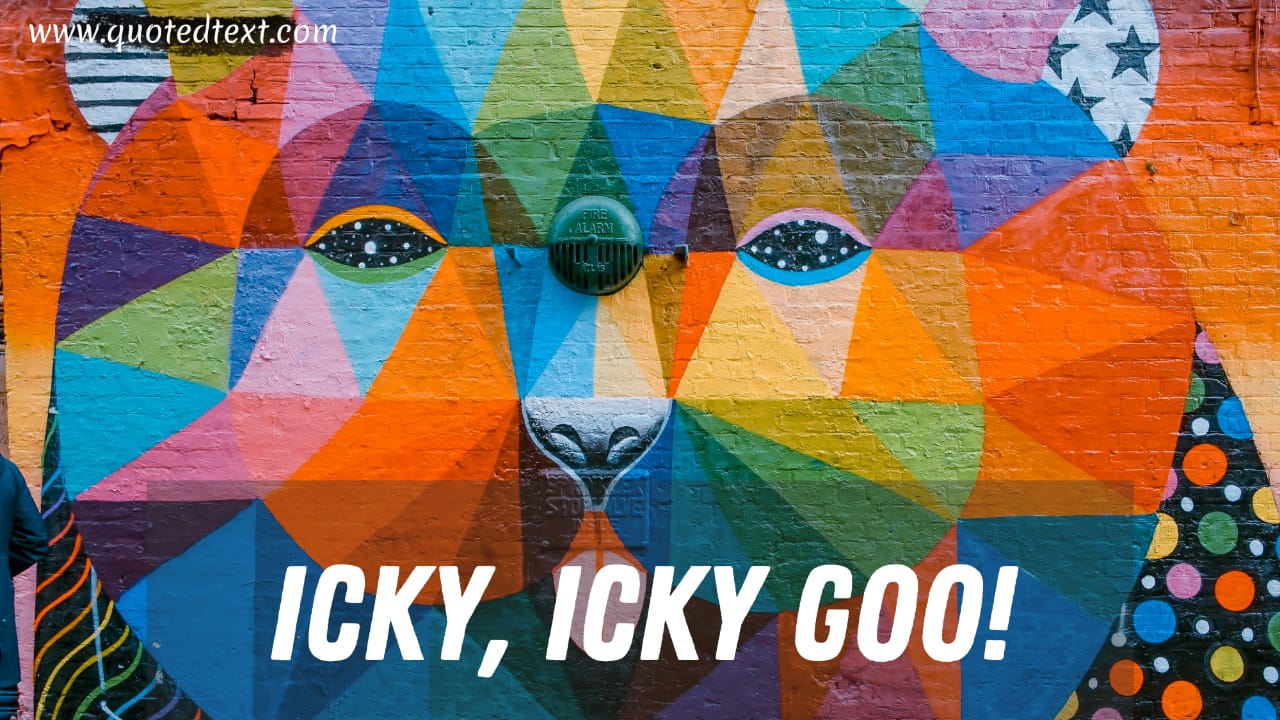 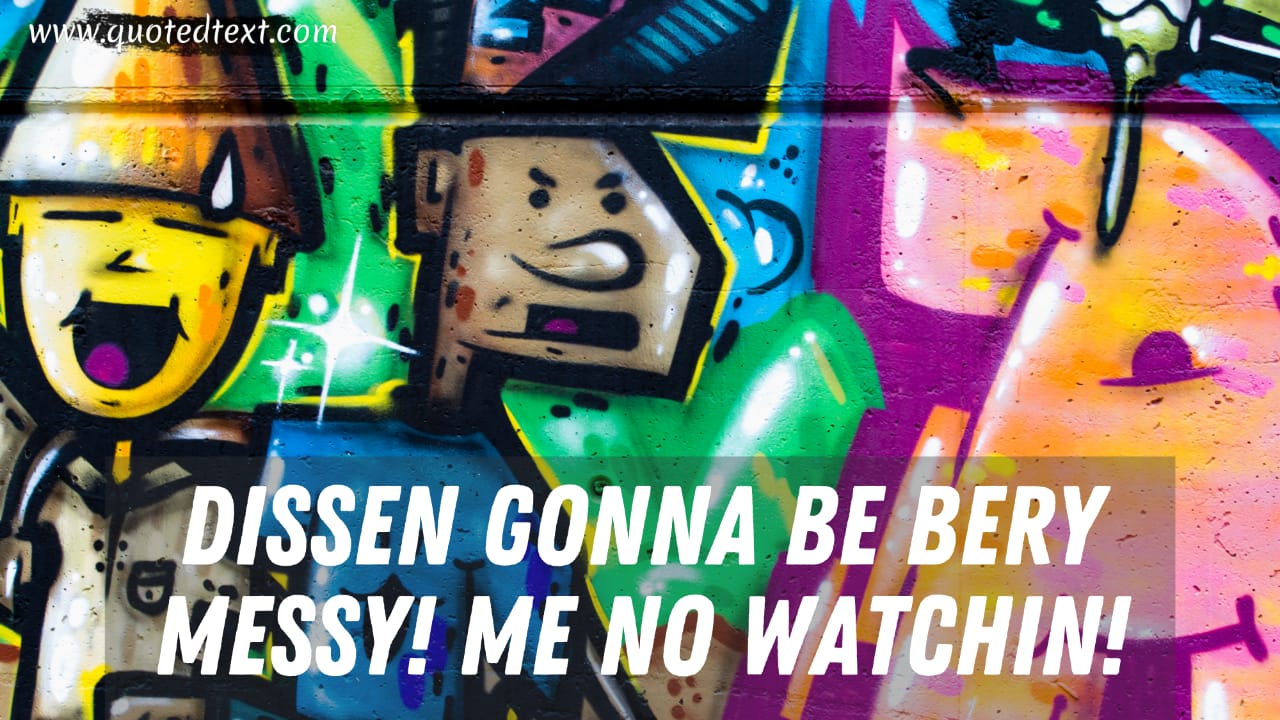 Dissen gonna be bery messy! Me no watchin! 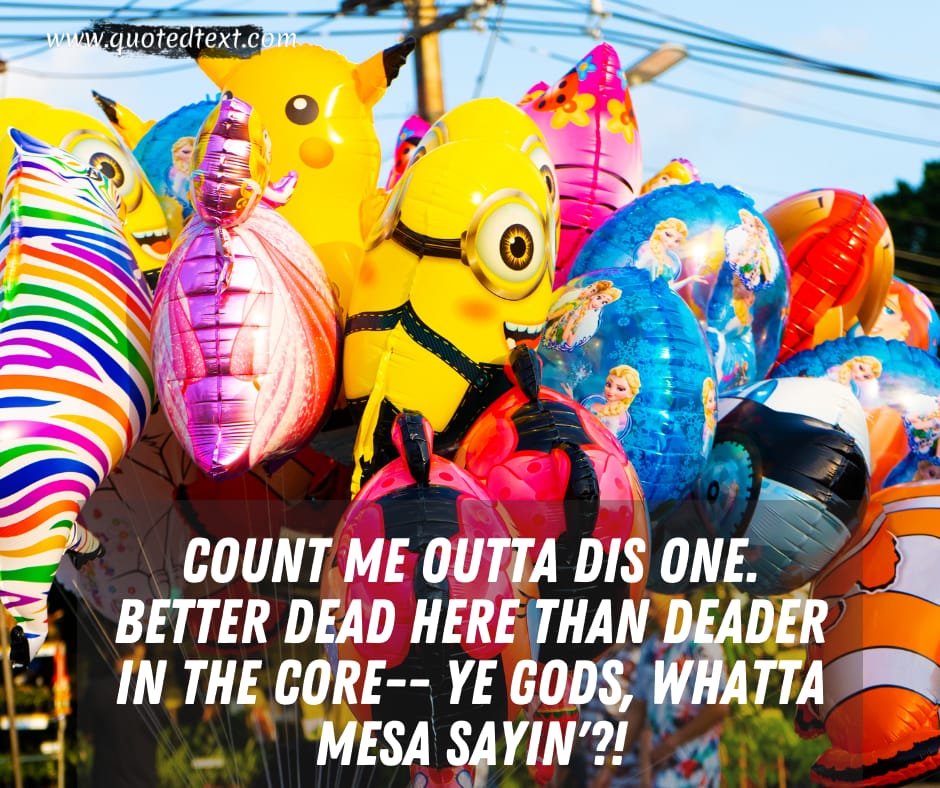 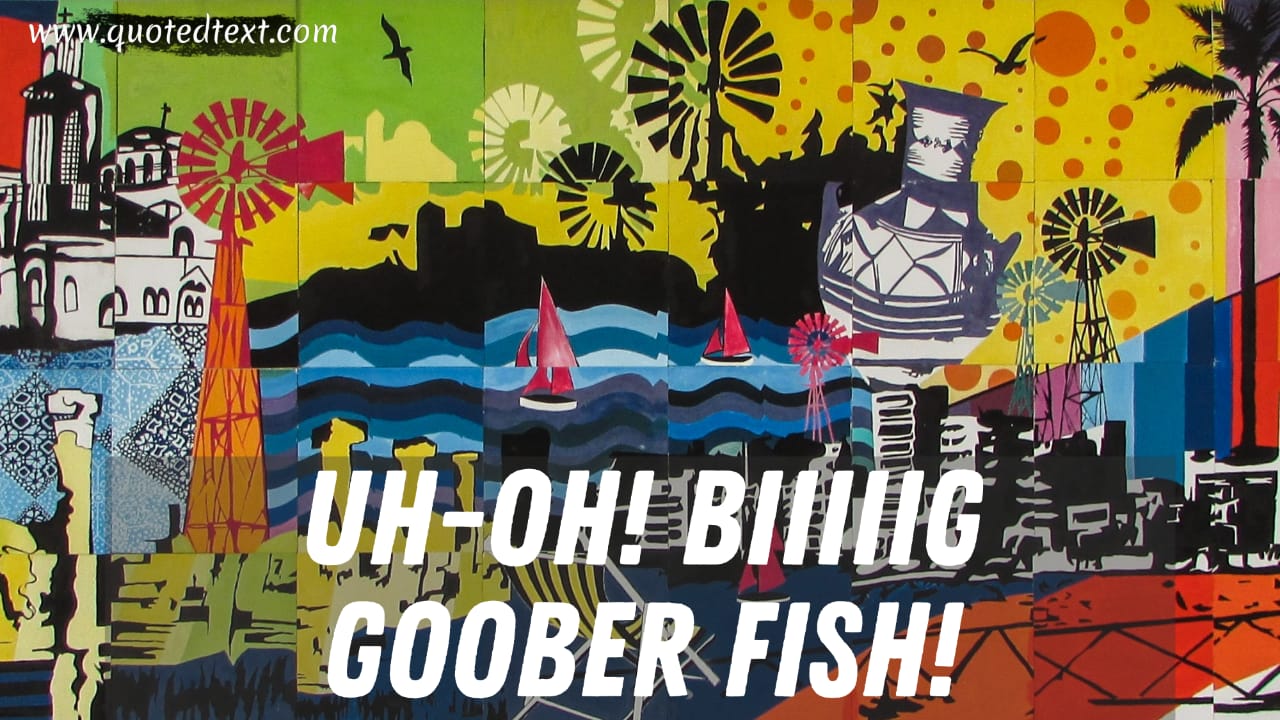 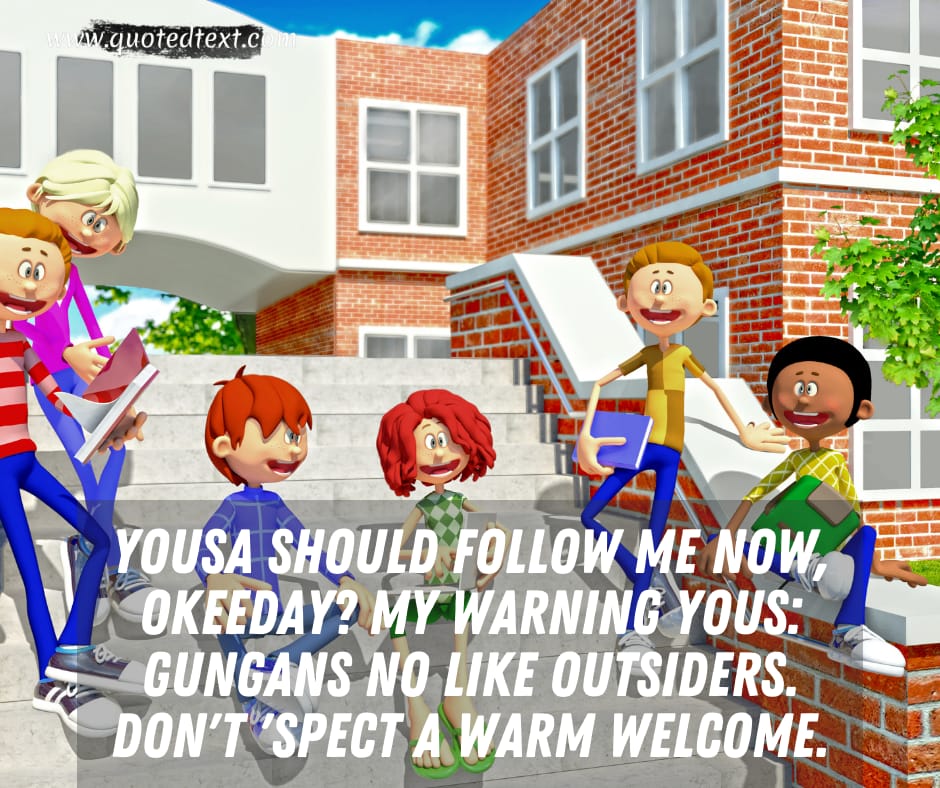 Yousa should follow me now, okeeday? My warning yous: Gungans no like outsiders. Don’t ‘spect a warm welcome. 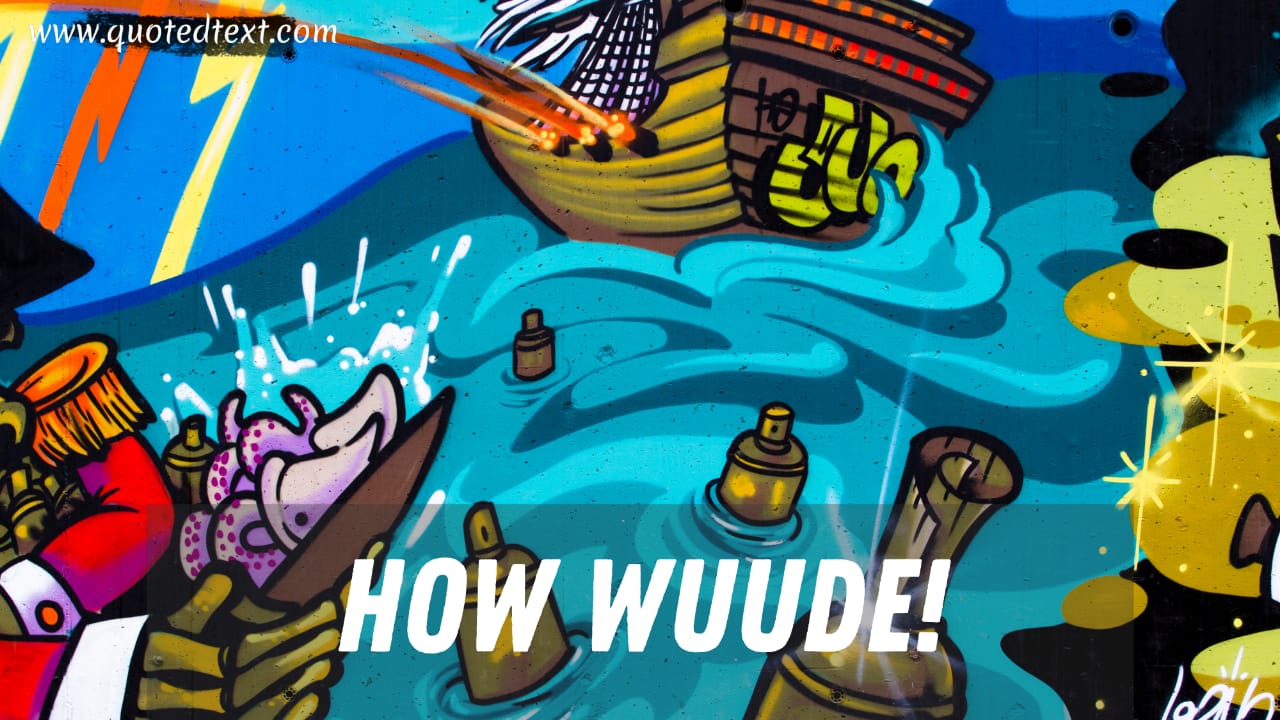 We Musta Hafta Try And Savin’ Her. 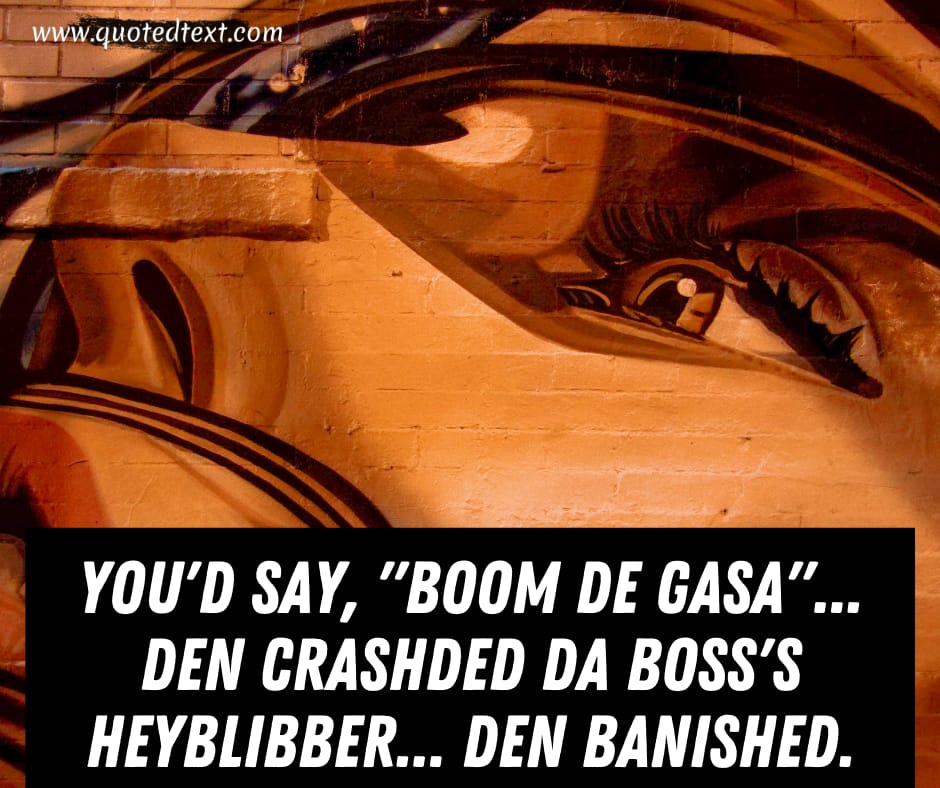 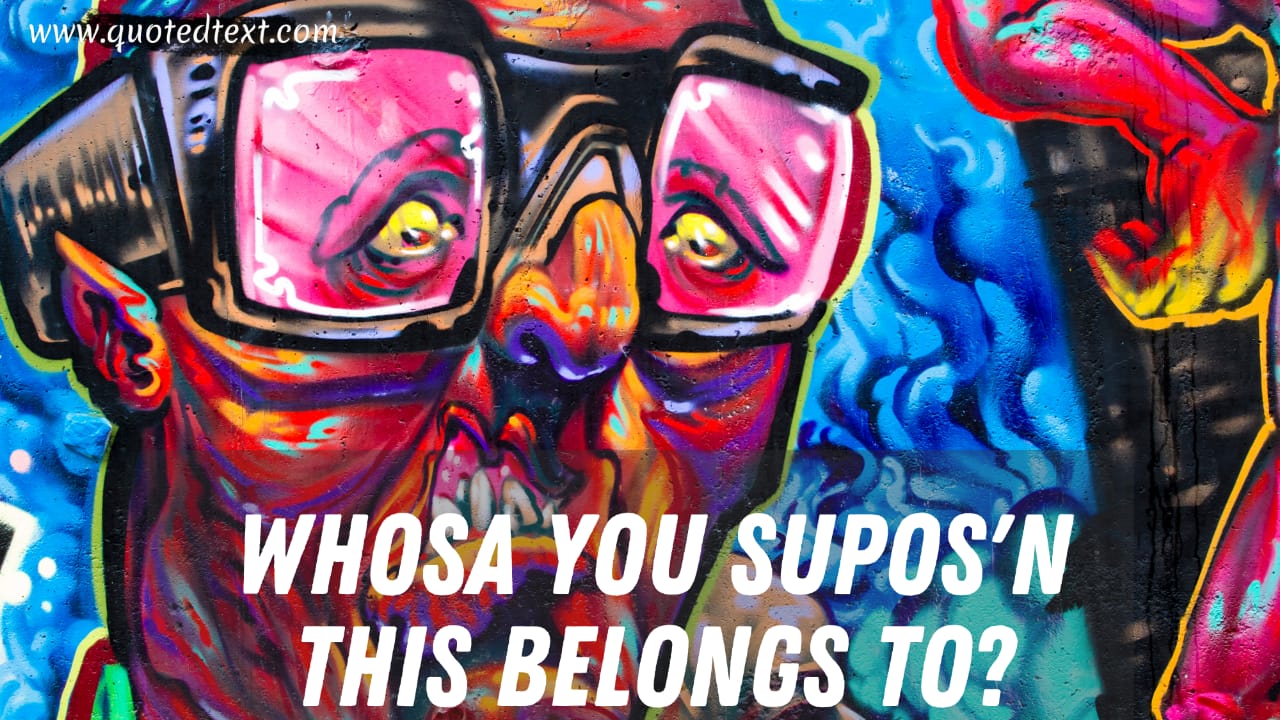 Whosa You Supos’n This Belongs To?

Ex-squeeze me, but the mostest safest place would be Gunga City. ‘Tis where I grew up. ‘Tis a hidden city. 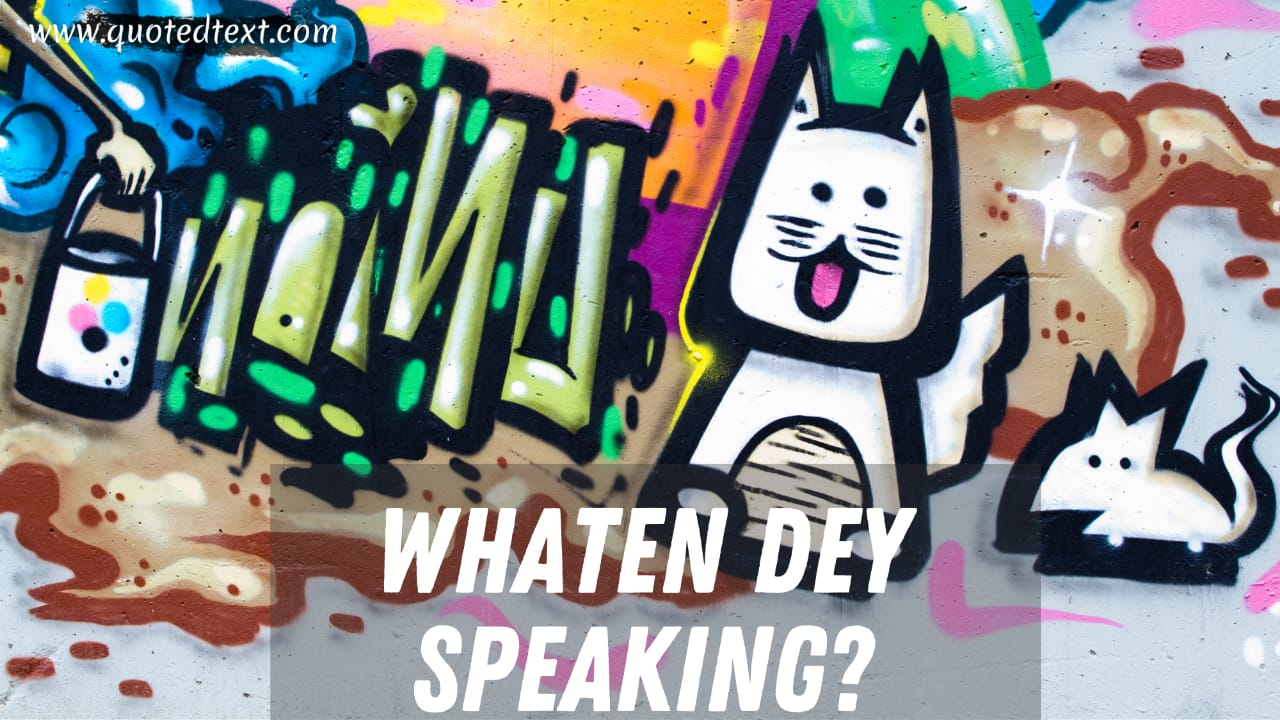 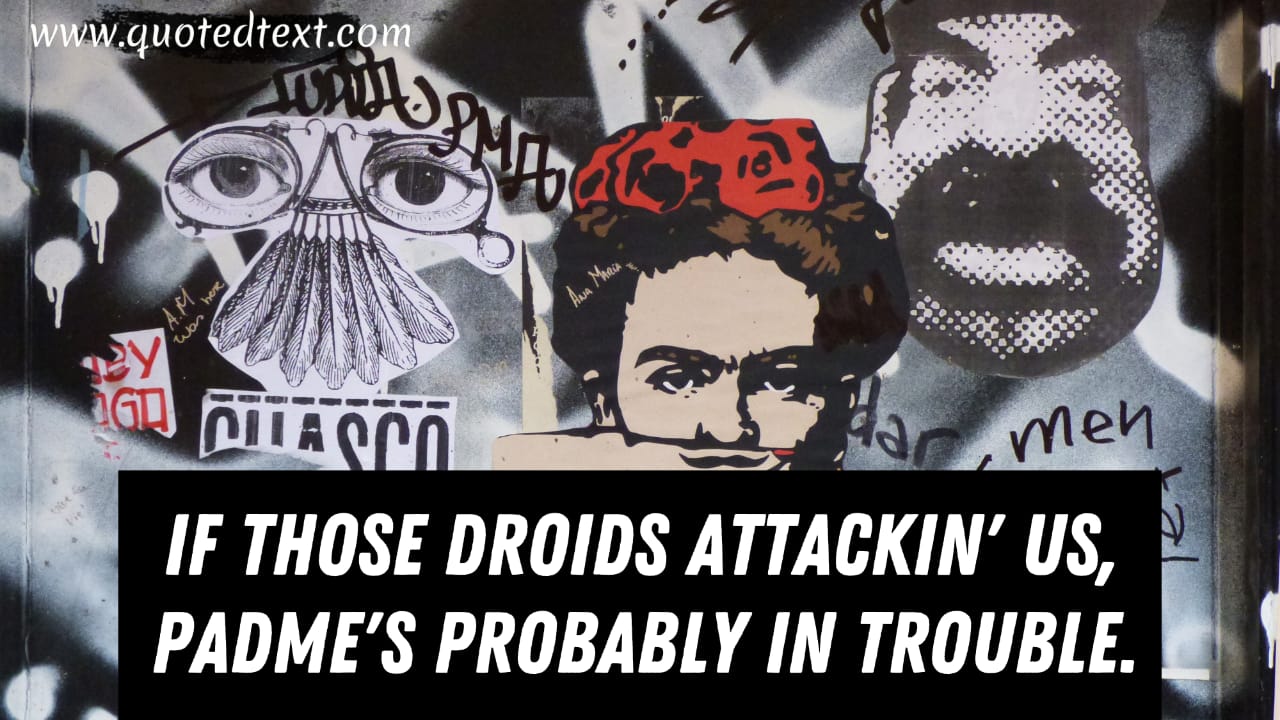 If Those Droids Attackin’ Us, Padme’s Probably In Trouble.

Meesa Knowing Meesa Be Big Help With The Negotations. 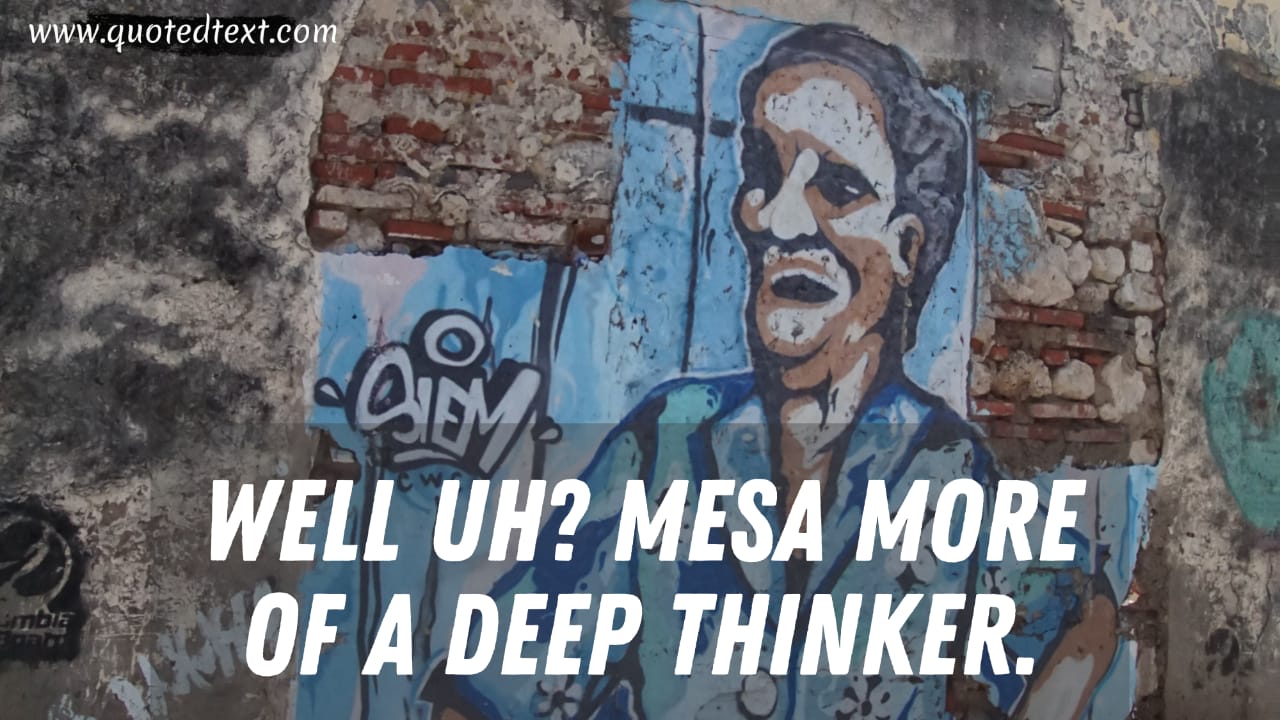 Gungans no dyin’ withouta fight. Wesa warriors. Wesa got a grand army. That’s why you no likin’ us, mesa thinks. 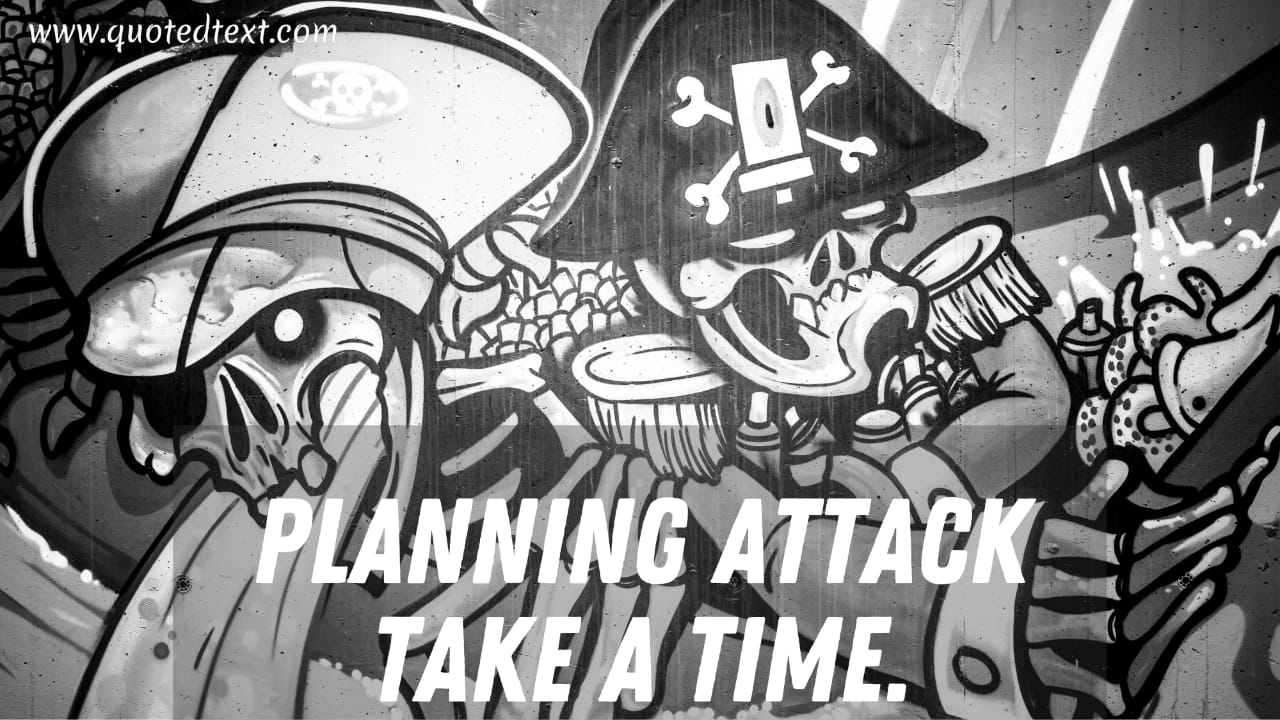 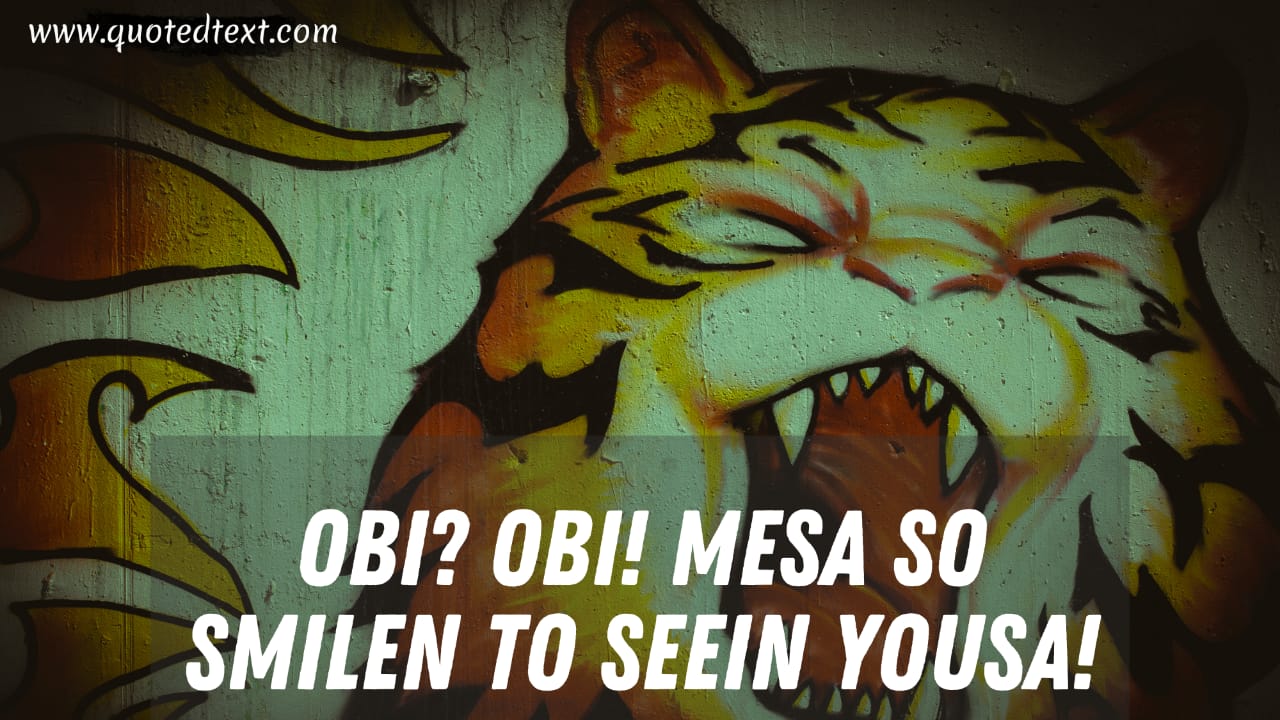 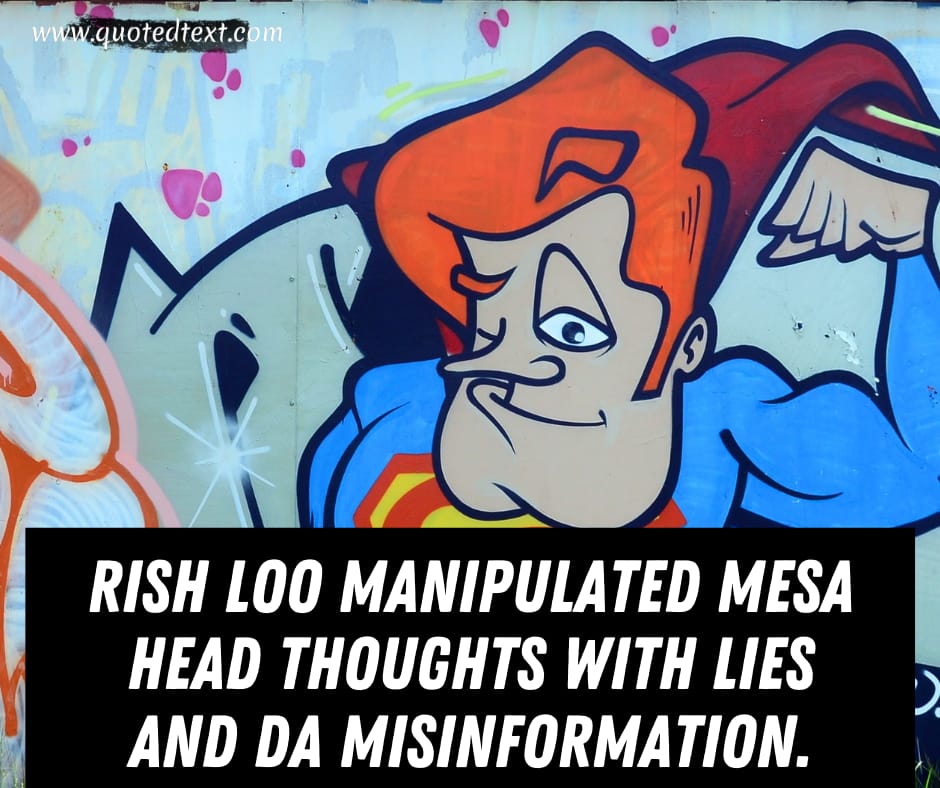 What? Mesa No Have A Booma!

Jar Jar Binks, besides everything, is a very likeable character beautifully blended by the writers in the storyline. Maybe he initially got a little hatred, but gradually, viewers accepted him, and now he’s also a part of the legacy. We hope you liked our today’s article on Jar Jar Binks quotes. Let us know your views about this film in the comments below.