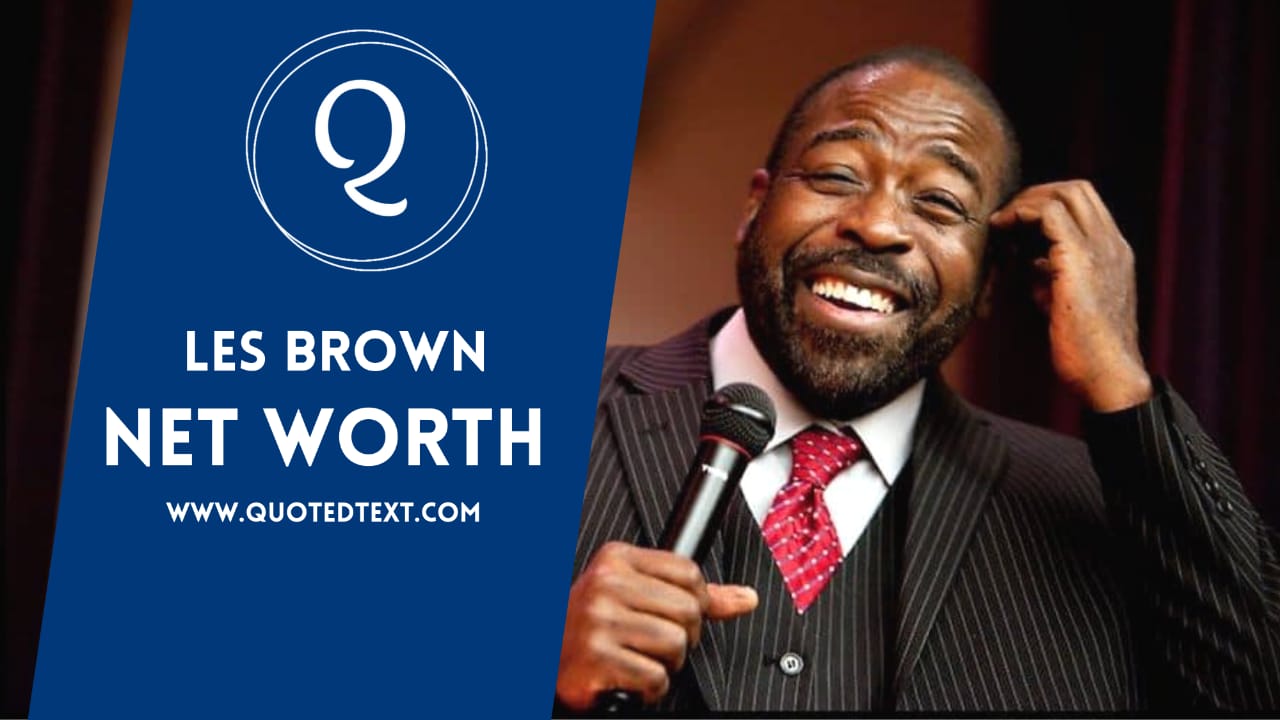 Leslie Calvin, popularly known as Les Brown, is a Motivational speaker, Former Radio DJ, former Television Host, Politician, and Author who hails from Liberty, Miami, Florida, United States. Les has served most of his life to preach to humanity and encourage people to follow their dreams. Over the period, Les has become one of the highest-paid Motivational speakers globally, with a net worth of $15 million as of 2021.

During the years 1988 to 1981, Les Brown worked as a member of the Ohio House of Representatives, followed by hosting the ‘The Les Brown show‘ in 1993. After getting retired from the Radio DJ and Television show, Les started writing Motivational materials for his audience across the globe.

Born on 17th February 1945 and brought up in a low-income family of Liberty City, Miami, Florida, Les and his twin brother Weasley were born to a single mother who later put them for adoption. The details about their biological father are still unknown. Mamie Brown later adopted the brothers at the age of six weeks.

The famous Les Brown, who is currently considered a knowledgeable person, wasn’t this bright since childhood. During his school days, he was declared as a misfit and mentally slow student by the teachers. Due to this, Les lost his confidence and performed poorly in the exams as well. However, this wasn’t the end of his educational career; with the support of his foster mother, he was able to perform well further. Miami Brown and one of the teachers from his high school recognized his calibre and helped him perform well in his studies. Since that time, Les Brown has kept on achieving every milestone in his life.

While Les was in high school, his drama instructor recognized his talent encouraged him to pursue it. From a young age, Brown was motivated by his friends to join politics.

During the year 1997, Brown went through a miserable phase of his life when he was diagnosed with prostate cancer. Instead of losing all the hope and giving up on life, Les stood up, gathered courage and began researching the disease and finding all the ways to cure it with the firm will live. He acquired all the information on handling the condition, following specific diet patterns, and bringing up positive and healthy lifestyle changes. He referred to the information by some of the cancer survivors and tried to follow everything they did to get cured of the disease.

Since a young age, Brown has tried his luck in every field and came out as a multitasker. Les Brown has always been dedicated to making his future bright. To build his life, he diligently tried everything that came his way. Moreover, his foster mother was a low-income earning woman. To become a support to his mother, Les started taking up casual jobs in high school.

Radio Jockey: Les began working at a radio station where he dedicatedly served his job by arriving early at the office and being the last to leave. Although he worked as a sanitation worker at the radio station, Les learned all the skills and qualities of a good radio jockey and began working on it. One of the jockeys began to come drunk on the live sessions, which made Les lucky enough to work instead. With his ambitious and hardworking nature, he achieved appraisal from the audience and soon became a permanent jockey at the radio station.

Politician: However, after some time, Les got involved in some political controversies, which made him lose the job. At that time, the station’s new director Mike Williams encouraged Brown to serve the Ohio state legislature of the 29th House District. After proving his potential in the political career, Les was later appointed as the chairman of the Human Resource Committee.

Author and Motivational Speaker: After being a successful politician, Les got an opportunity to interact with a large population and nourish his speaking skills. He used to develop excellent communication skills through various television broadcasts. Later, Les founded a youth training program and gradually became a motivational speaker. He aimed to inspire and encourage the country’s people to chase their dreams and never give up on life.

He spoke to many people from every dimension, whether it be school children, investors, entrepreneurs, organizations or the clubs. Gradually, motivating people with his powerful words became his primary source of earning. In addition to this, Les Brown has also written a book named ‘Live your Dreams, which came out as a best seller of the time. In addition to this, Les has written a lot of other books as well.

Television Host: Soon after setting up his career as a motivational speaker, Les grabbed attention with his series of motivational speeches and broadcast on TV. Later, Brown started his television show called ‘The Les Brown show’. However, the show was cancelled after one season.

“You are never too old to set another goal or to dream a new dream.”― Les Brown

“Your smile will give you a positive countenance that will make people feel comfortable around you.”― Les Brown

“Life has no limitations, except the ones you make.”― Les Brown

“Don’t let someone else’s opinion of you become your reality.”― Les Brown

What do you think about Les Brown’s Net Worth? Leave a comment below and tell us your views.