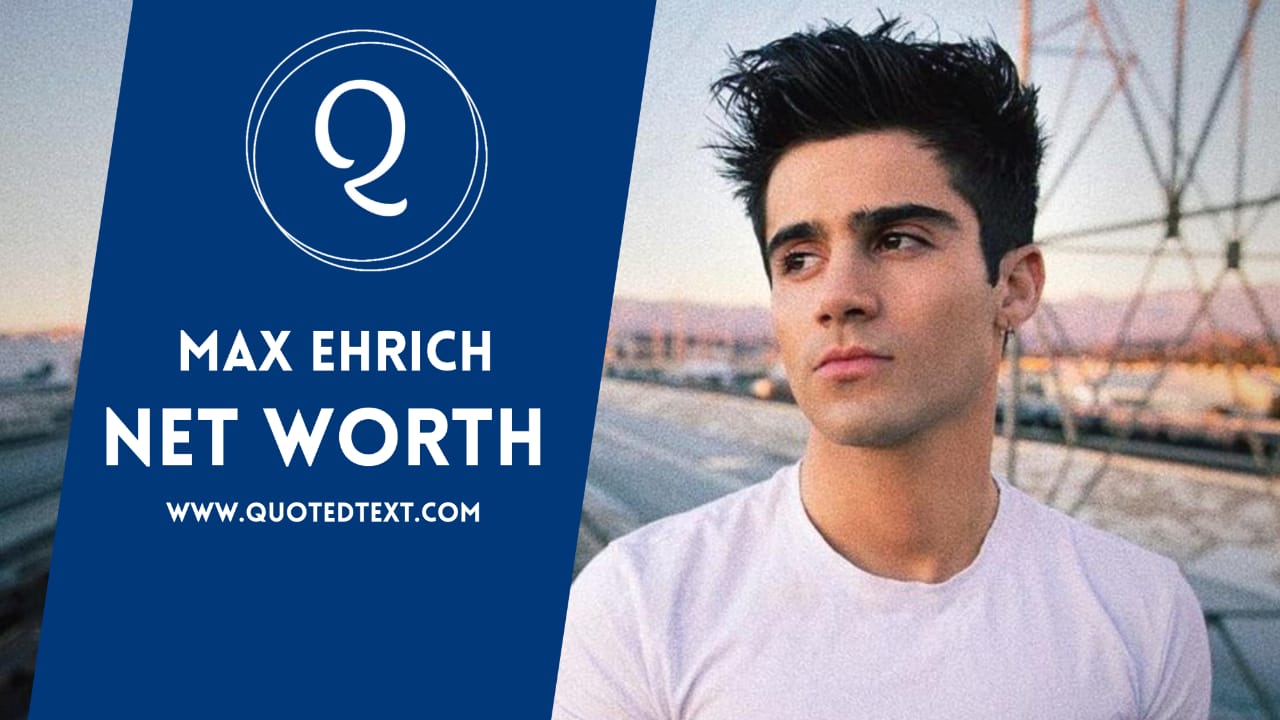 Max Ehrich is an actor, singer and dancer who hails from the United States. He had deep inclinations towards working in the entertainment industry from a very young age, which made him start his career at 14 years. Since then, several opportunities have come his way, and he kept on working dedicatedly. Currently, Ehrich is popularly known for his various roles, such as 2013’s ‘Under the Dome,’ 2016’s ‘The Path,’ and the ongoing portrayal of the recurring role of recovering drugs. The estimated net worth of Max Ehrich is around $2 million.

Max Ehrich was born on 24th June 1991 to father Bruce Ehrich and mother Rhona Ehrich in Marlboro, New Jersey, United States. Max is the youngest child in the Bruce family with an elder brother Mathew Ehrich, who currently works as an Investment banker. Enrich has completed his schooling at the Marlboro middle school, where his mother used to work as a teacher. While Max was in school, he began taking dance classes at the local dance school named ‘Dance attitudes’ in New Jersey. After completing his schooling, Ehrich joined the ‘Performing Arts School’ in Manhattan, New York. With his hard work and determination, he soon turned into a professional dancer. After completing his high school diploma, Max pursued a career in acting.

Max began his acting career at a very young age and made his debut in 2004. It was a turning point in his life, after which he received a ton of opportunities. After that, Max never looked back and kept on achieving milestones. He worked in various television shows and films.

Max Ehrich has worked in several Television shows and Movies.

Films: Max started his career by appearing in the short film named ‘One Easy Job.’ Although he worked in a short-length featured movie, max acquired exposure at a very young age and further received many career opportunities. Afterward, he got a big break in the hit Disney film called ‘High School Musical 3‘: senior year as a supporting role.

His impressive acting in the role of principal dancer and great dancing moves made him appear in several more movies such as ‘The Pregnancy Pact’ in 2010, followed by the sitcom’ Working class’ and ‘iStart A fan War‘ in the role of Adam. In the year 2012, Max played the role of Fenmore Baldwin in the soap opera named ‘The Young and the Restless.’ This role came as a significant opportunity for Max as it earned him four Daytime Emmy award nominations. In addition to this, Max has also acted in a Netflix Original film’ Walk.Ride.Rodeo.‘

Television series: His impressive work in the movies fetched his opportunities in the television series as well. He started his television career with the role of Randy in the comedy-drama series ‘Ugly Betty,’ followed by the CBS mystery drama series ‘Under the Dome.’ Max has also marked his appearance in one of the episodes of ‘Law & Order: Special Victims Unit.’ In addition to this, he has worked in the comedy series ‘100 Things to Do Before High School’, followed by an appearance in three episodes of ‘The Path’ and ‘Sweet/vicious.’ Moreover, he has performed a recurring role in the comedy-drama series named ‘American Princess.’

Singing: In addition to being a professional dancer and actor, Max has also marked his name as a talented singer. He has sung some great songs, including ‘Somebody Else,’ ‘Ride,’ and ‘Afraid.’

What do you think about Max Ehrich’s Net Worth? Leave a comment below and tell us your views.