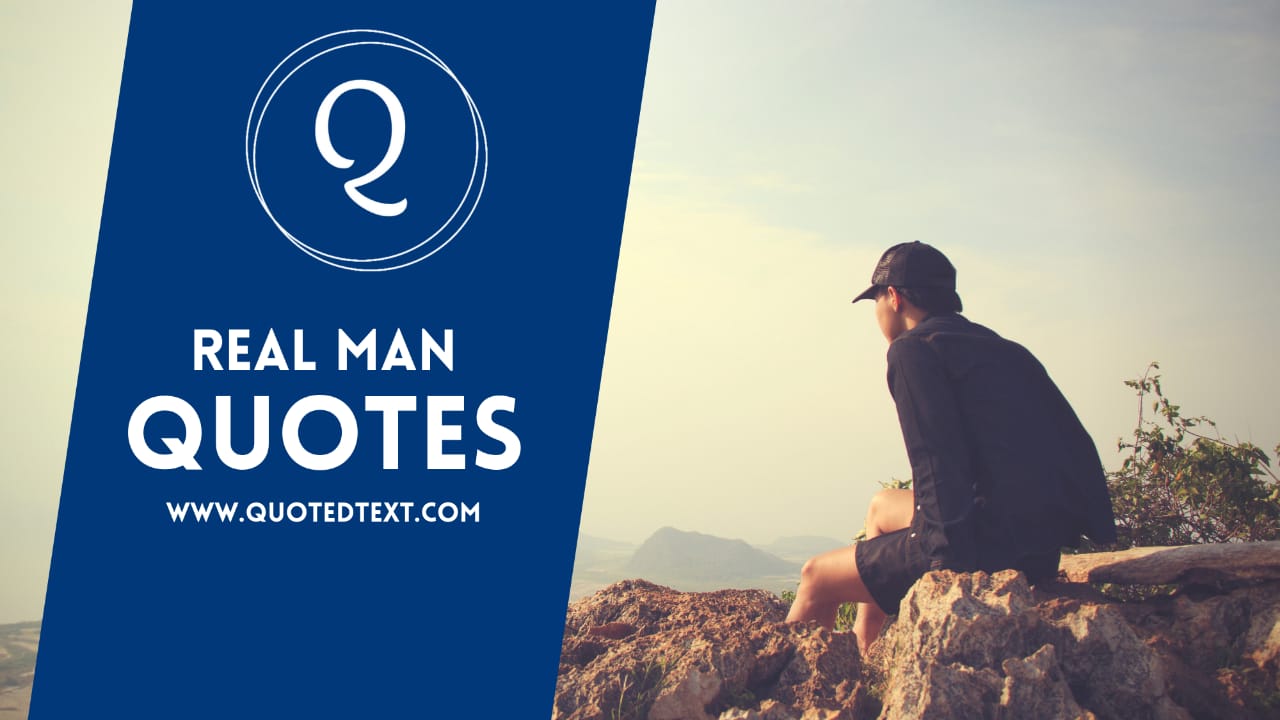 There are a million ways to define a man. A Real Man, However, is quite a peculiar scenario. A very ancient quote suggests,” If you want to test a man’s real skills and character, give him powers,” and we believe truer words were never spoken. Men in power, politics, movies, and defense are often given examples for true men. So is it just a matter of big and bulky appearance or something related to being brave-hearted? Not every huge guy has supposedly been on the right side. However, men with true wisdom, maturity, and tenderness hold the power to make this world a better place for love. Sounds realistic, right? Well, that’s what we’ll discuss in today’s article while going through some Real Man Quotes and getting the hang of this feeling to be a Real Man.

What is meant by being a Real Man?

Defining anything, not just “Real Man,” takes a trip to various perspectives and scenarios. It’s like being a little empathetic and understanding how it works because some of us still believe that a real man is limited with a 6-pack-abs and a big muscular physique when it is not. A real man, or in other words, true masculinity lies in being the better person every day, keeping up with the principles, and keeping everyone safe. It is agreeable that the part where they’re supposed to keep people safe might require them to unleash some latent power from within, but still, that’s not even the point. Masculinity comes from compassion, empathy, encouraging others, and defending those who can’t protect themselves, rather than bullying them, circulating panache of power, or being rude and prideful.

How to Become a Real Man?

Being a real man takes courage. It takes courage to be exceptional and do the right thing besides every other evil that one might find tempting to do. One needs to unleash the true self of him from the core to be above all, and here’s the real thing, it is just a waste if that man strays around showing himself off. Only accept yourself, cherish it, and pass it on; it is a legacy to make more like you. Being the bigger man never means back-off from sacrifices and make sure you preserve everyone’s life.

Being a Manly Man is no joke; it taps into the person’s core and asks them to make the best out of this life and be an exemplary person, regardless of how their body is, muscular or lean. If one provoked this better side of them, they surely will get a better body in no time and become the better and Real Man they’ve deserved to be.

Here’s a list of some ‘Real Man’ quotes we’ve curated below. You can check them out. 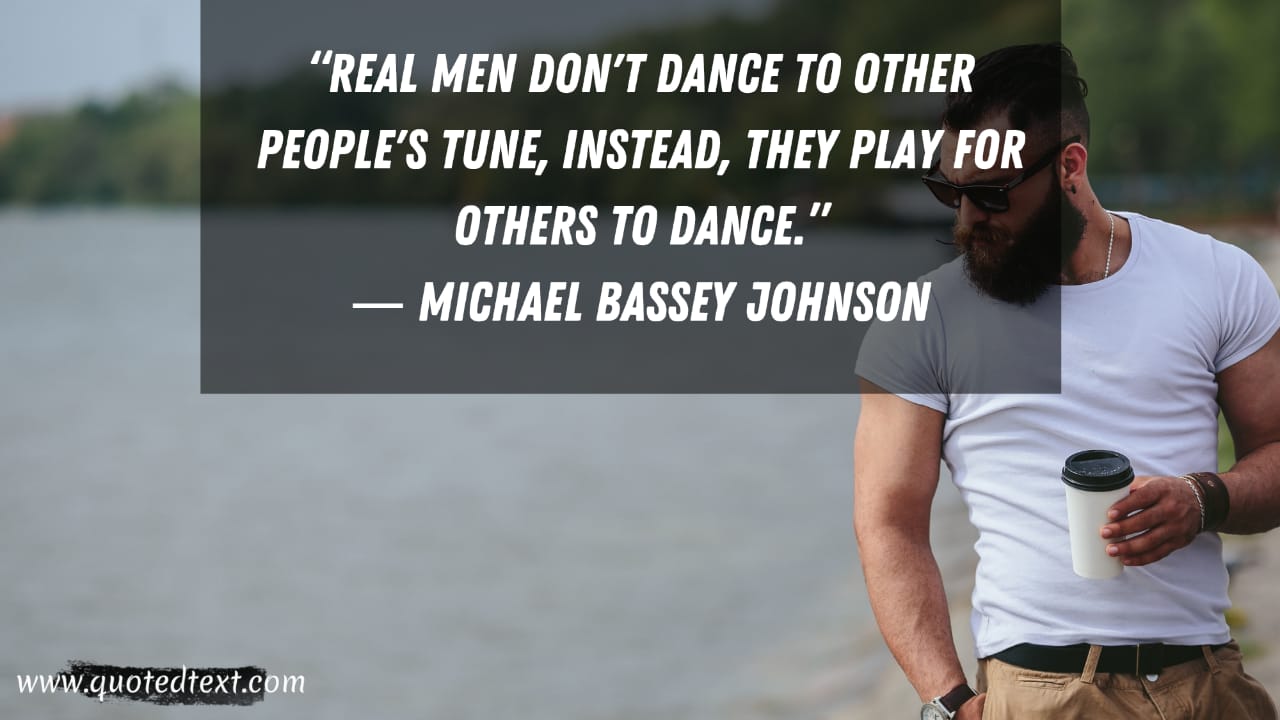 “Real men don’t dance to other people’s tune, instead, they play for others to dance.”
― Michael Bassey Johnson 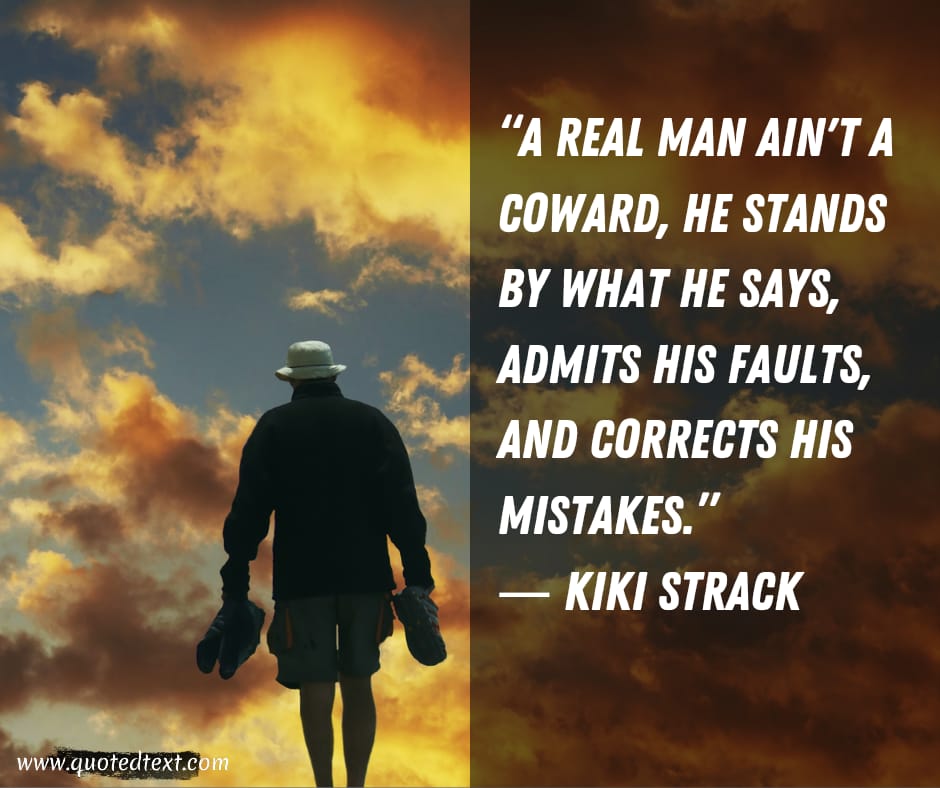 “A real man ain’t a coward, he stands by what he says, admits his faults, and corrects his mistakes.”
― Kiki Strack

“The character of a true men is found out by his amusements.”
― Joshua Reynolds 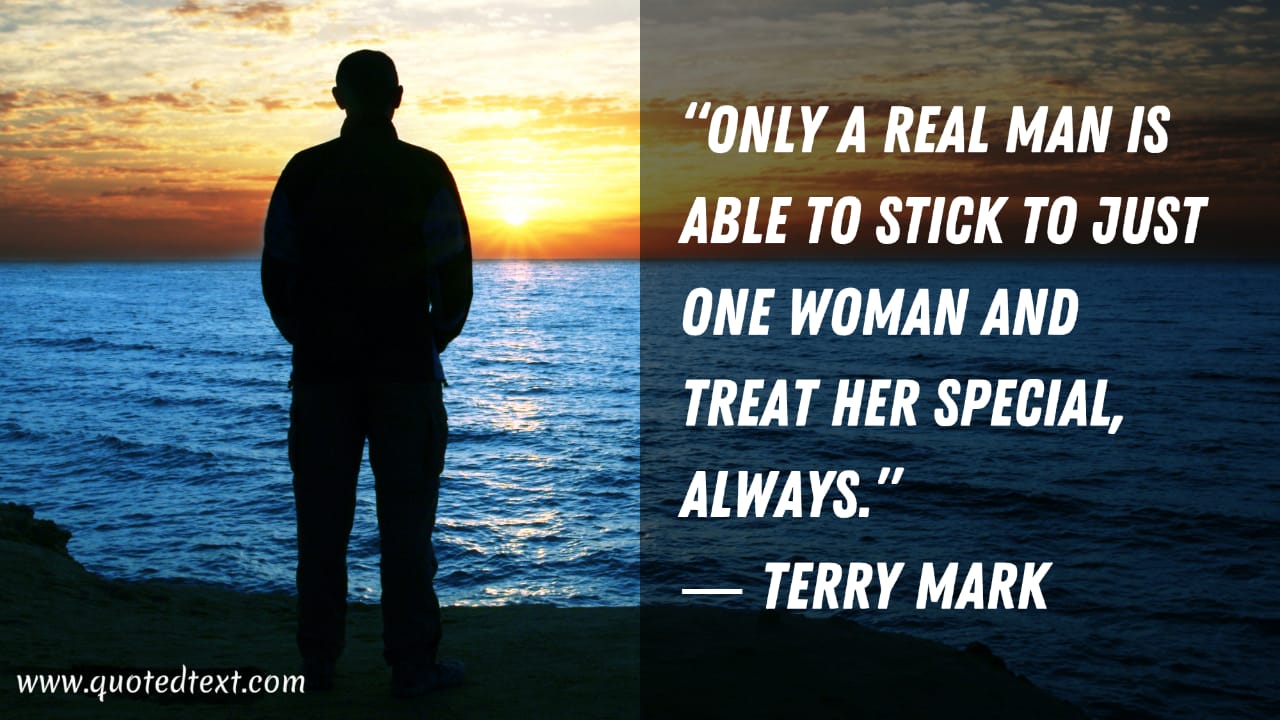 “Only a real man is able to stick to just one woman and treat her special, always.”
― Terry Mark 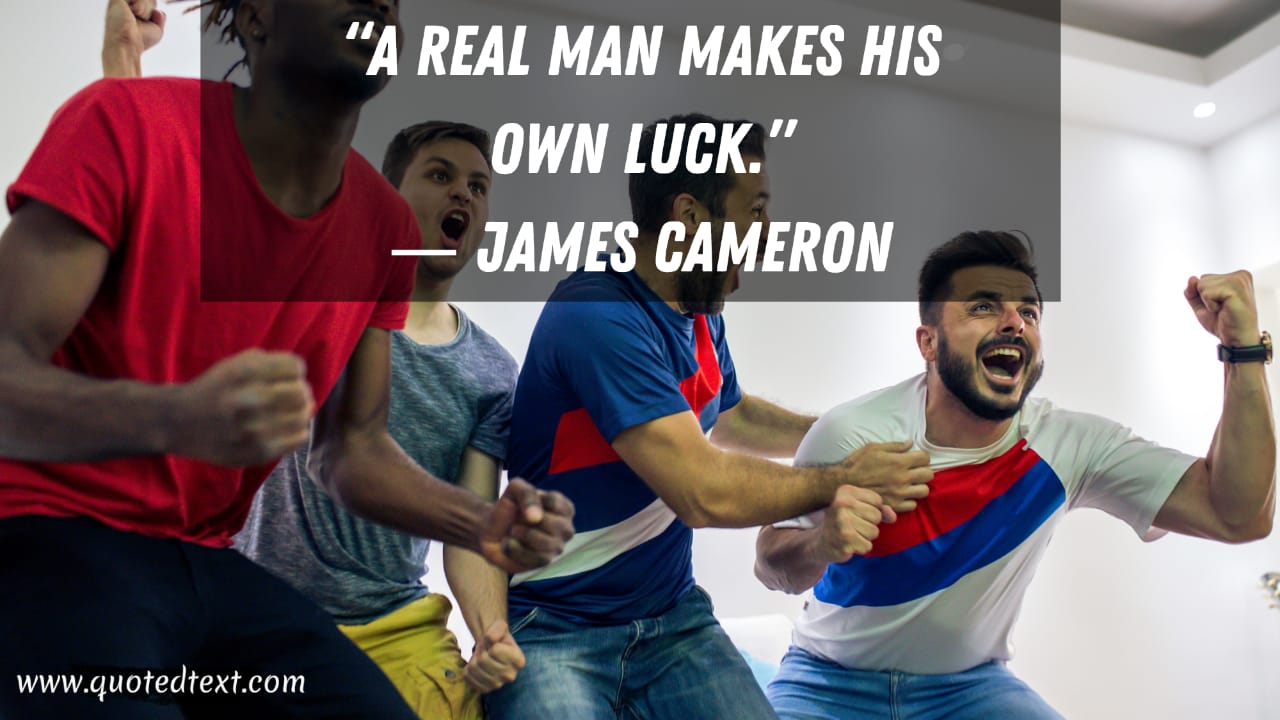 “A real man makes his own luck.”
― James Cameron

“The stronger a man is, the more gentle he can afford to be.”
― Elbert Hubbard 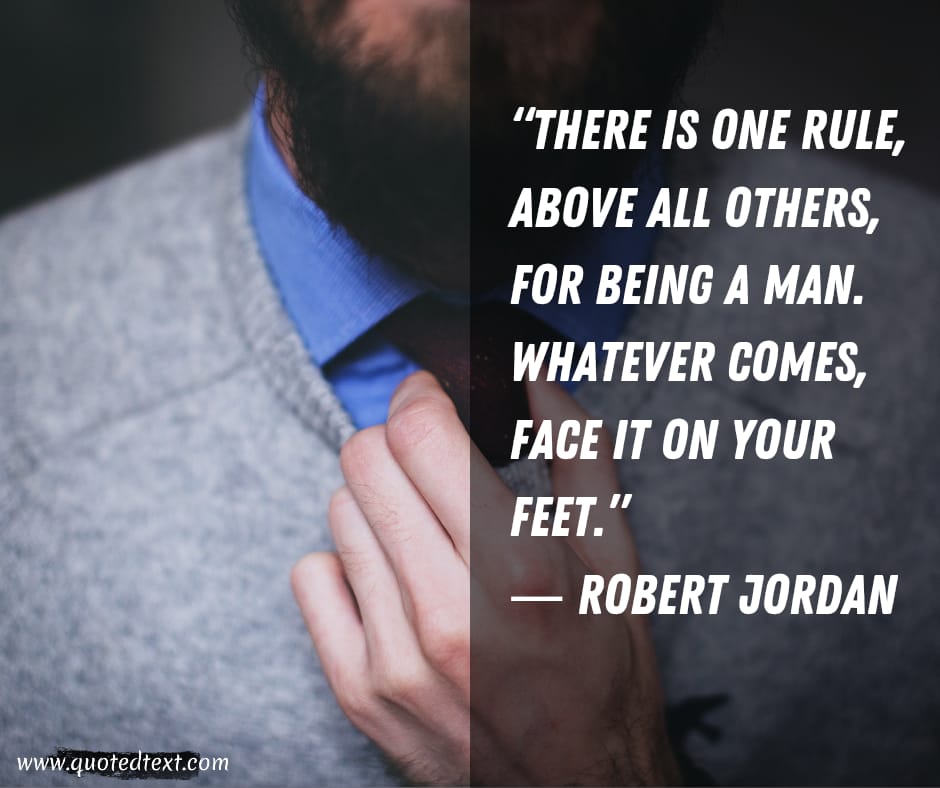 “There is one rule, above all others, for being a man. Whatever comes, face it on your feet.”
― Robert Jordan 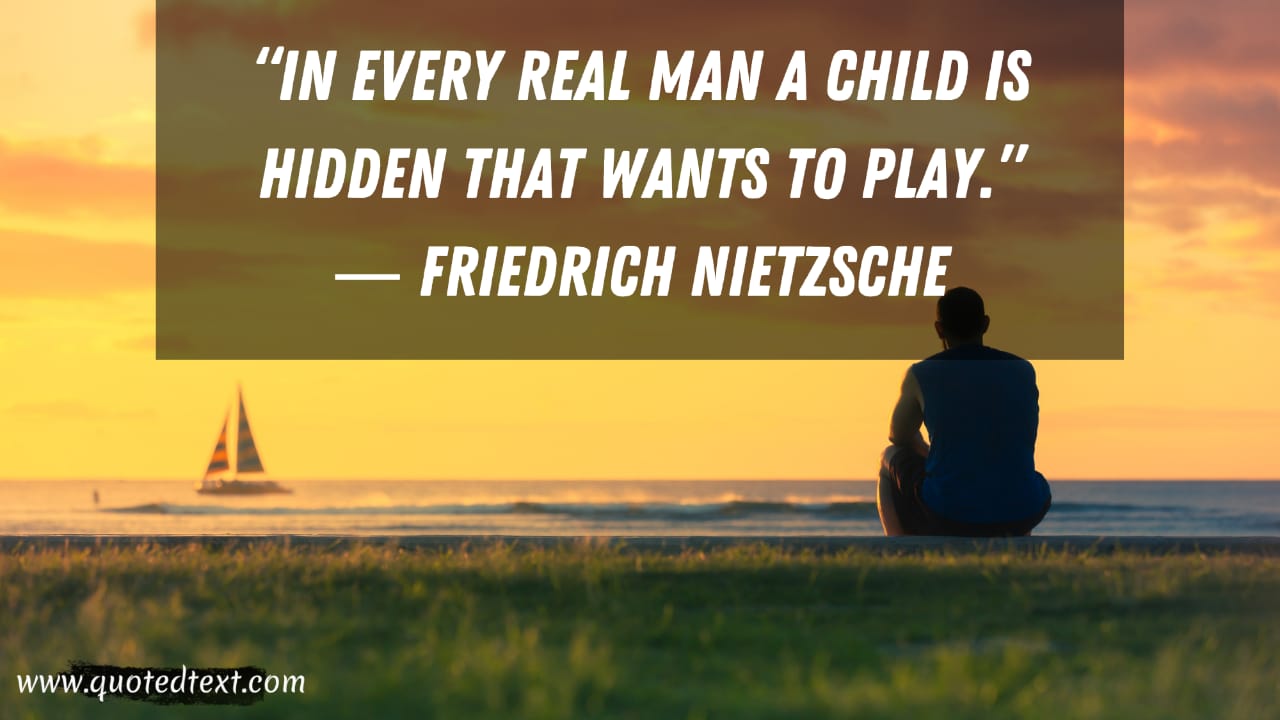 “In every real man a child is hidden that wants to play.”
― Friedrich Nietzsche 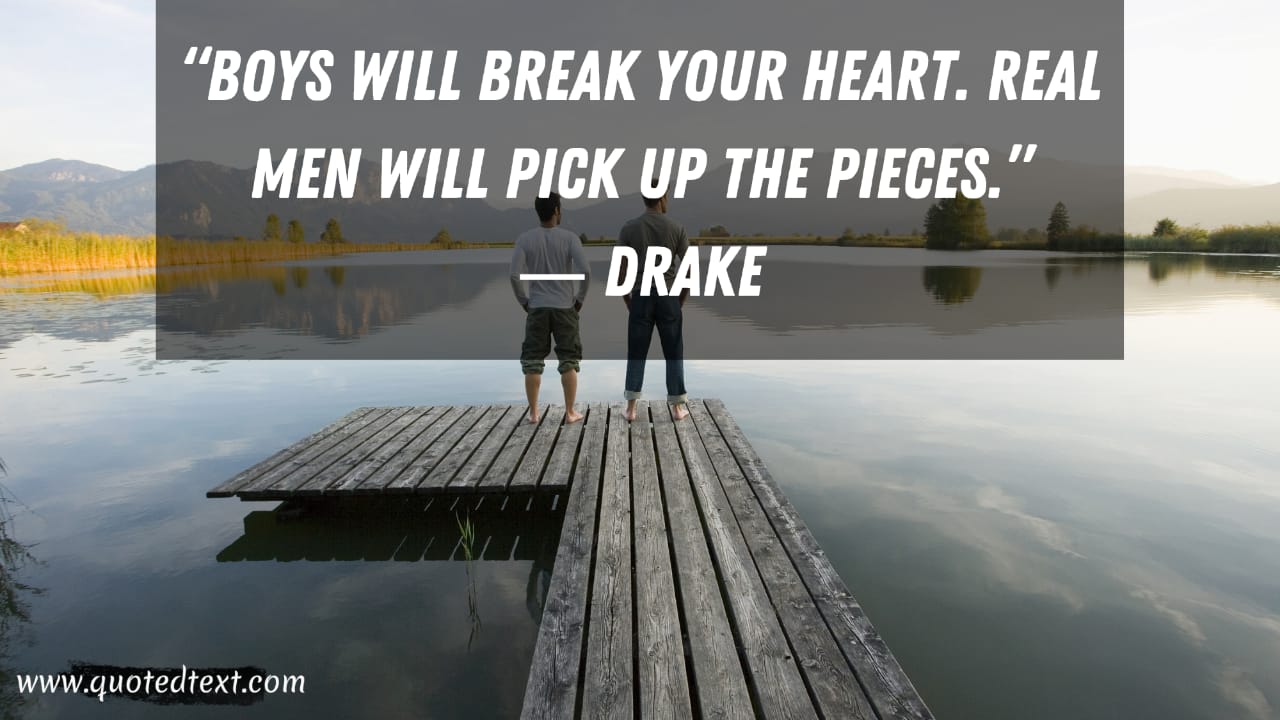 “Boys will break your heart. Real men will pick up the pieces.”
― Drake 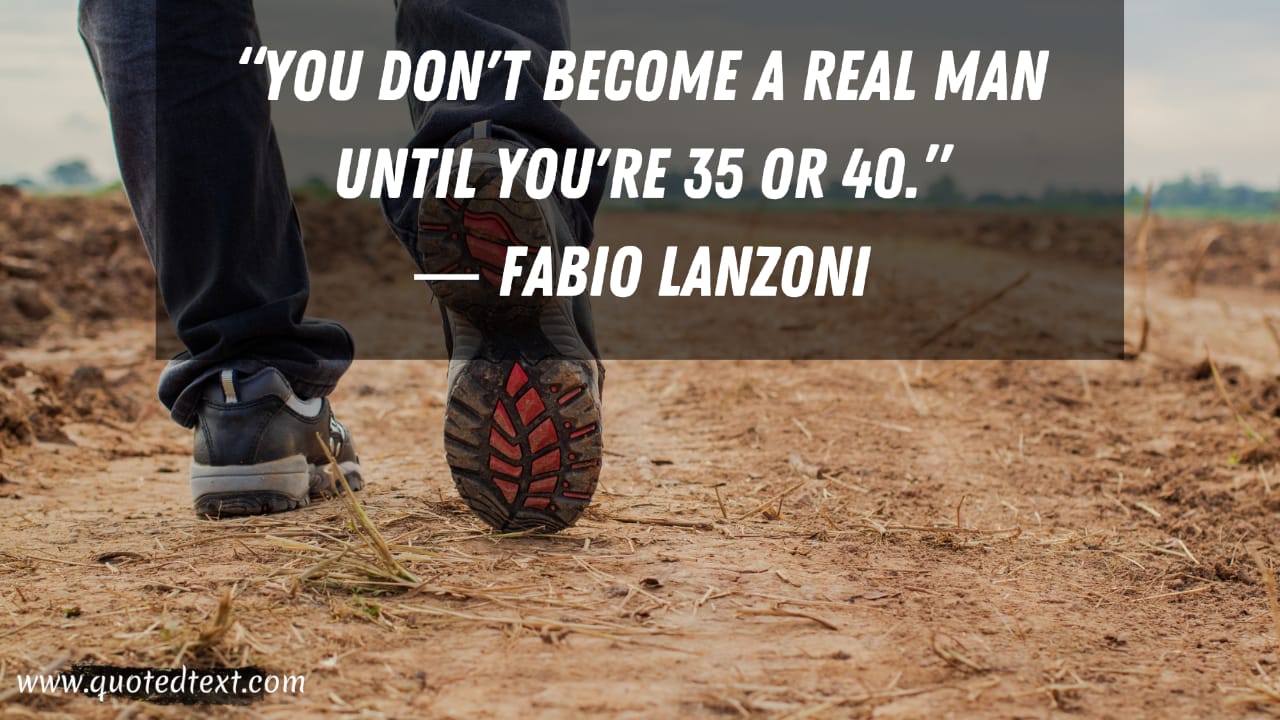 “A real man also knows that his wife is human. She gets tired too!”
― James A. Harrell Jr. 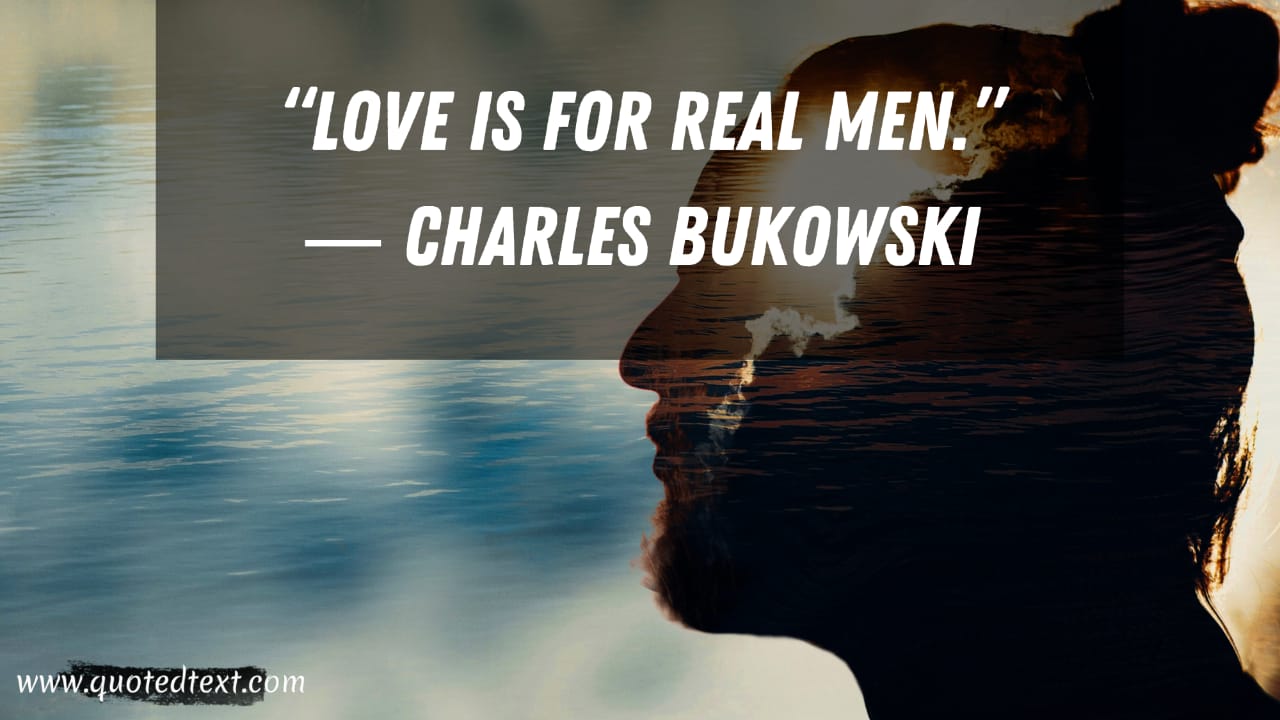 “A real man can use power, rather than let power use him.”
― Moffat Machingura 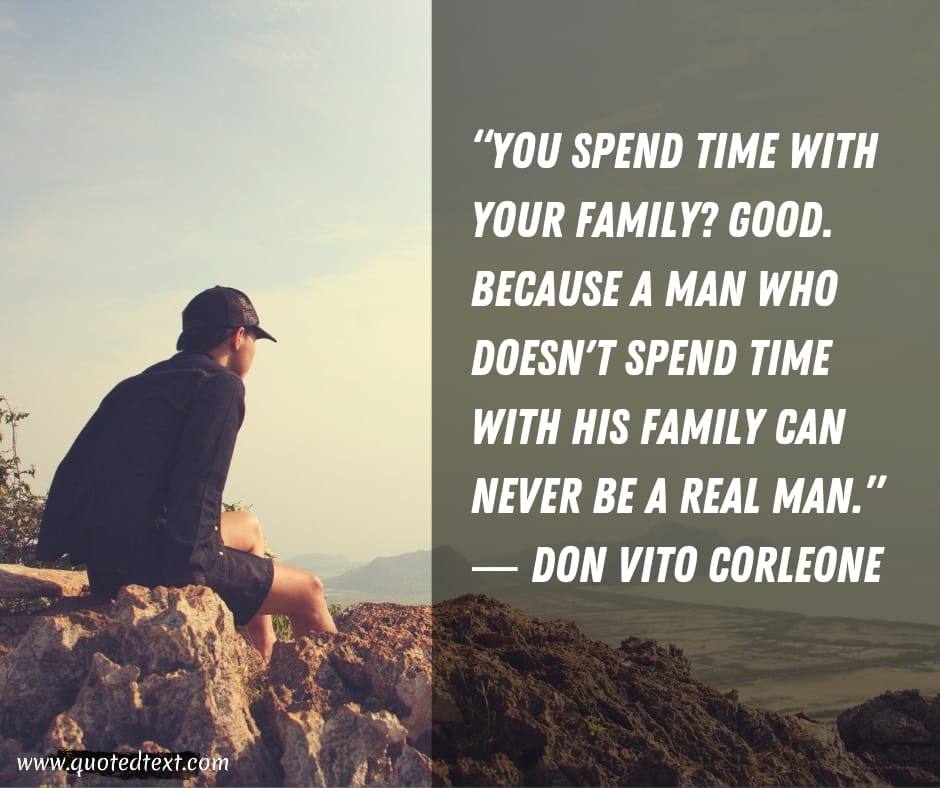 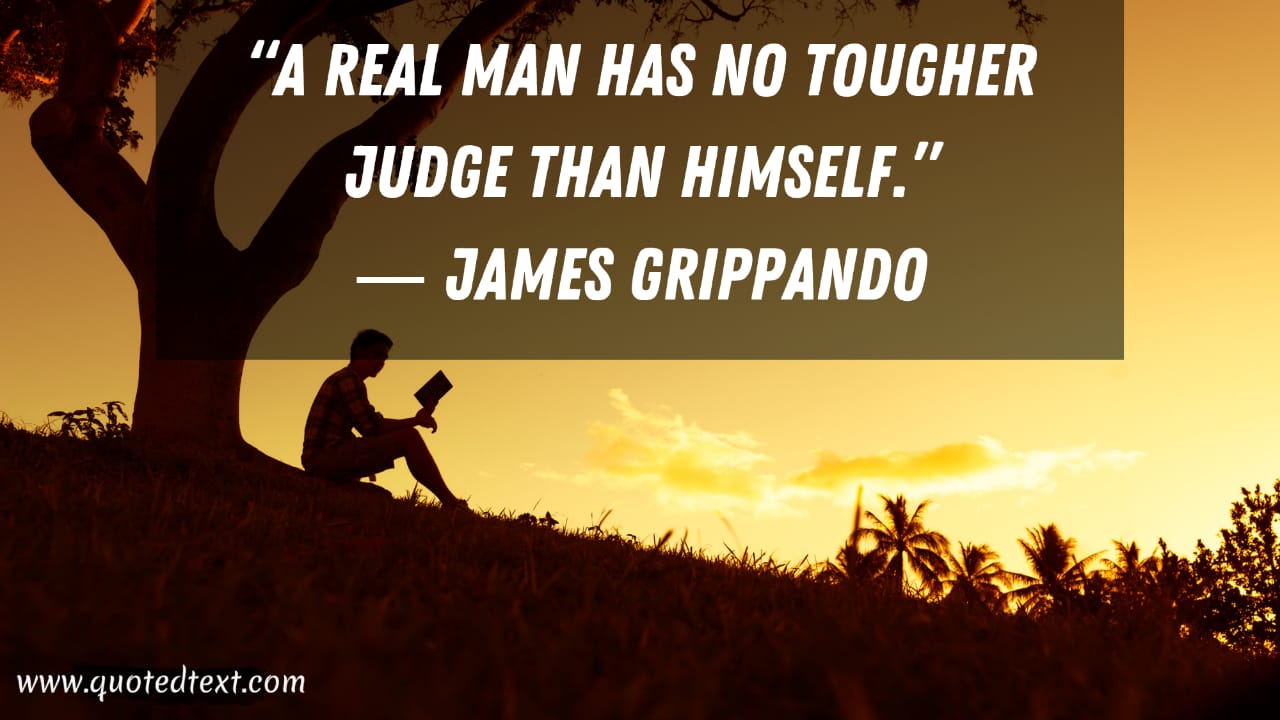 “A real man has no tougher judge than himself.”
― James Grippando 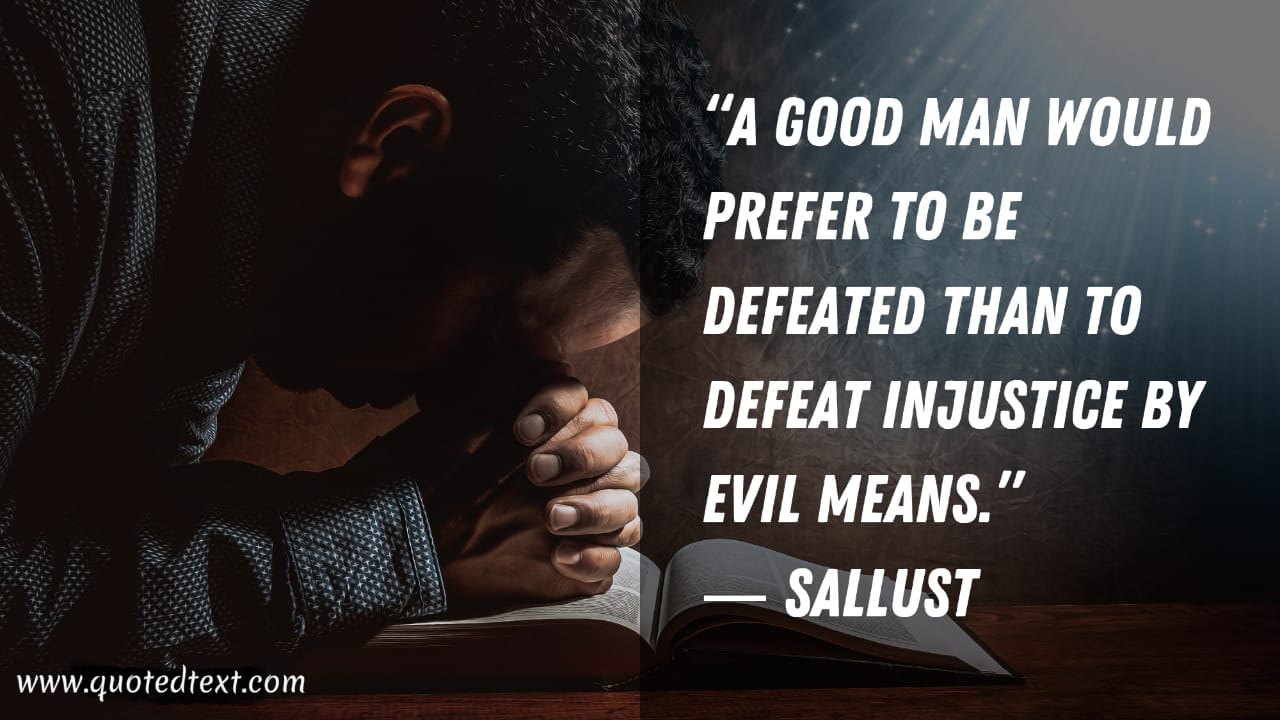 “A good man would prefer to be defeated than to defeat injustice by evil means.”
― Sallust 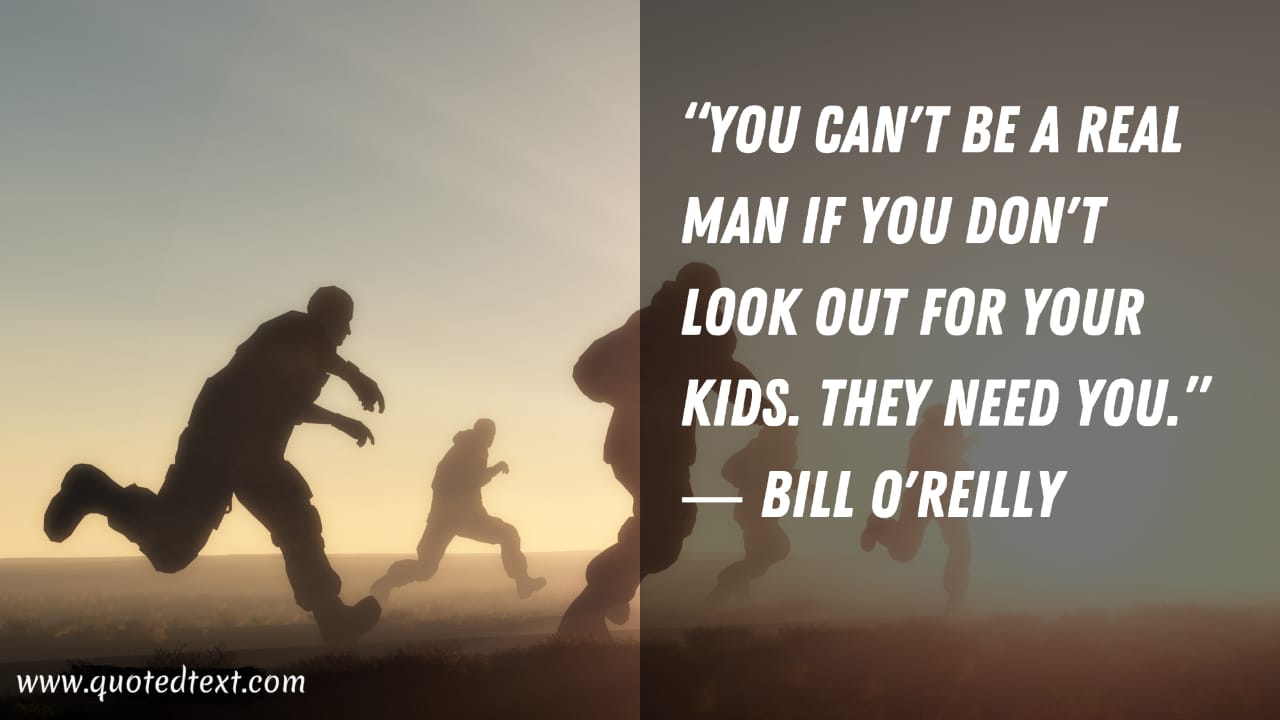 “You can’t be a real man if you don’t look out for your kids. They need you.”
― Bill O’Reilly 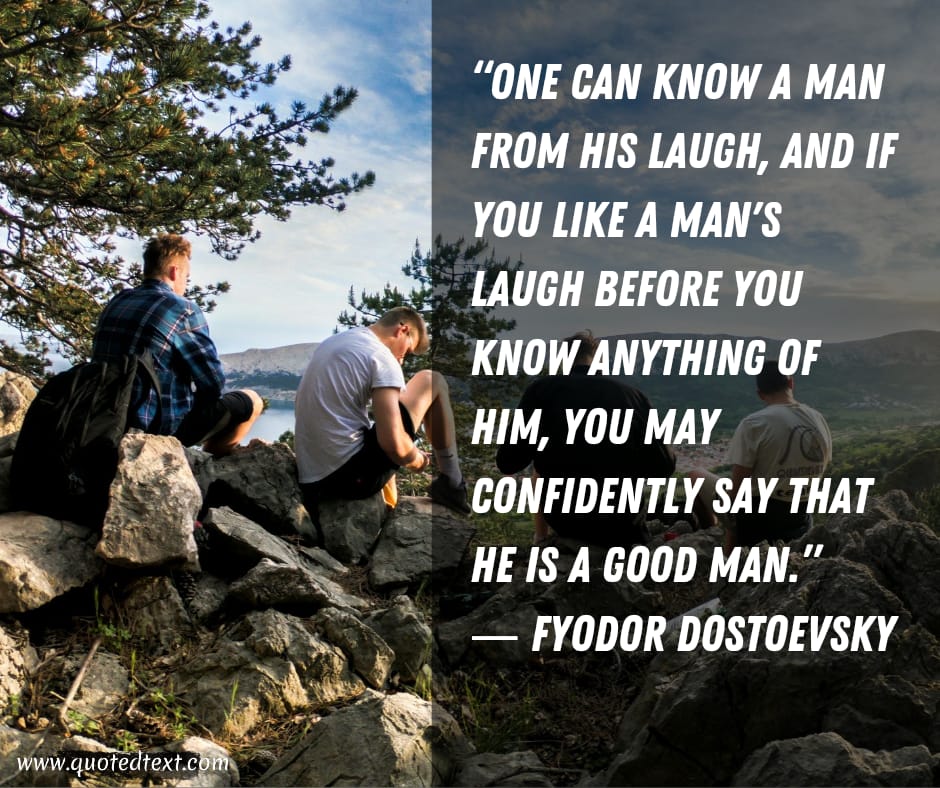 “One can know a man from his laugh, and if you like a man’s laugh before you know anything of him, you may confidently say that he is a good man.”
― Fyodor Dostoevsky

“The stronger a man is, the more gentle he can afford to be.”
― Elbert Hubbard 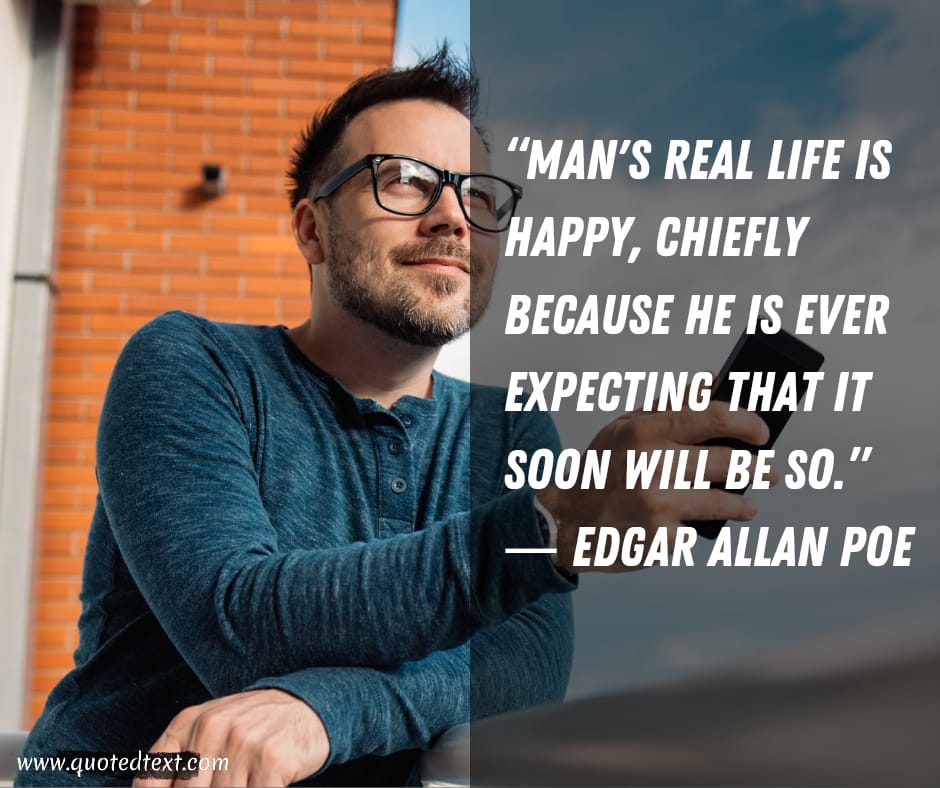 “Man’s real life is happy, chiefly because he is ever expecting that it soon will be so.”
― Edgar Allan Poe

People have hundreds if not thousands of misconceptions about being Real Men. Falling for such silly theories is kind of childish; I mean, who the mature man could’ve said that Real Men are the one with massive biceps, muscular bodies, and beards, regardless of all the efforts made men who are kind and tender by heart. Even though it’s a big deal to untangle such misconceptions that people bear within their minds, it’s the responsibility of people who know the truth to bring it to people’s screens and let them think right. So, what do you think?

We hope you liked today’s article on Real Man quotes; Let us know your views and stories in the comments below.