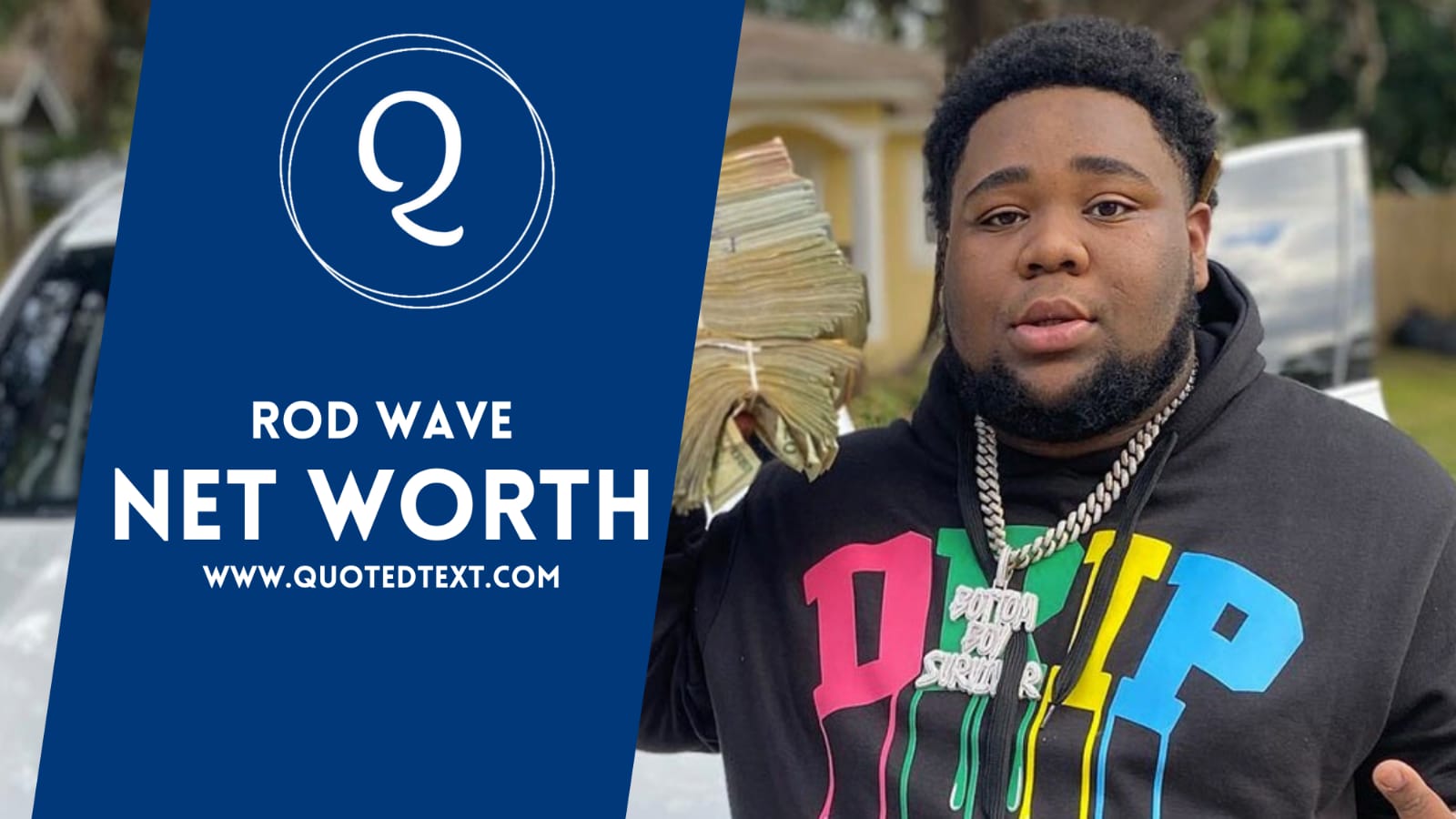 Rodarius Marcell Green, popularly known by his stage name, Rod Wave, is a famous singer, rapper, and songwriter who hails from St. Petersburg, Florida. The twenty-one-year-old American rapper shot to fame after releasing his 2019 song titled ‘Heart on Ice.’ Moreover, he has released other singles that contribute to his increasing fame, such as ‘Heart Break Hotel,’ ‘Bag,’ and ‘Tomorrow.’ In addition to this, his debut album ‘Ghetto Gospel’ featured at No. 10 on the Billboard 200. Since then, his songs have been peaking in the billboard. He has amassed a net worth of $2 million as of 2021.

Rod Wave was born on 27th August 1999 in St. Petersburg, Florida. Rod had a childhood full of miseries. His parents got separated while he was through elementary school. He spent his childhood with his mother. Rod’s father, a street hustler, made sure that Rod was well fed and clothed. Unfortunately, his life went upside down when his father got locked up. He and his mother experienced the taste of poverty and hunger.

Later on, to break through his miseries, Wave got involved in selling drugs, breaking into cars, robbing houses, and other criminal activities. His unlawful acts landed him in jail several times. Later on, when his father was released from prison and he got lectured by other OG’s, Rod started to get back on track. He completed his high school education and began working on his music career. He had a deep interest in music since the 5th standard. His brother has played a significant role in motivating him to sing. Although however, the brothers got separated, Rod continues to sing and record.

Rod had deep inclinations towards singing since a young age. However, he started recording music later in life. During the earlier stage, his songs were uploaded by one of his colleagues. In 2016, his breakout single titled ‘Heartbreak Hotel’ arrived in the last quarter. Thus, he began to achieve milestones at the beginning of his career. His official song and music video crossed over 2.7 million streams on YouTube with an approval rating of 95%.

Moreover, it received more than 2.5 million plays on SoundCloud. His other hit tracks of 2016 include ‘Think Too Much,’ ‘Gambling,’ and ‘Hunger Games. In 2017, Rod released his next project, ‘Rookie of the Year,’ which featured 8 tracks. Some of his standout singles included ’50 Shades’, ‘Jumanji,’ and ‘Pull Up,’ which has received several plays on SoundCloud, Spotify, iTunes, and YouTube. 2018 proved to be the most fortunate year in Rod’s career. He dropped heat-seekers, hot mixtapes and also collaborated with new artists.

Rod signed a record deal with Alamo Records in 2018. The year turned out to be more successful for him as he reached the peak of his career with songs “Hearts 4 Sale”, “Bag,” and “Feel the Same Way.” In addition, he dropped his new mixtape on June 14, 2019, “PTSD.” The mixtape includes the song called “Heart on Ice.” The single became very popular on YouTube and TikTok. It even peaked its spot-on Billboard Hot 100, reaching Number 25.

“I give my heart to whoever they take it and they ran.” — Rod Wave

“It’s okay to start over, let someone else love you the right way.” — Rod Wave

“It’s like people focus on lookin’ happy more than being happy.” — Rod Wave

“My darkest times taught me to shine.” — Rod Wave

What do you think about Rod Wave’s Net Worth? Leave a comment below and tell us your views.