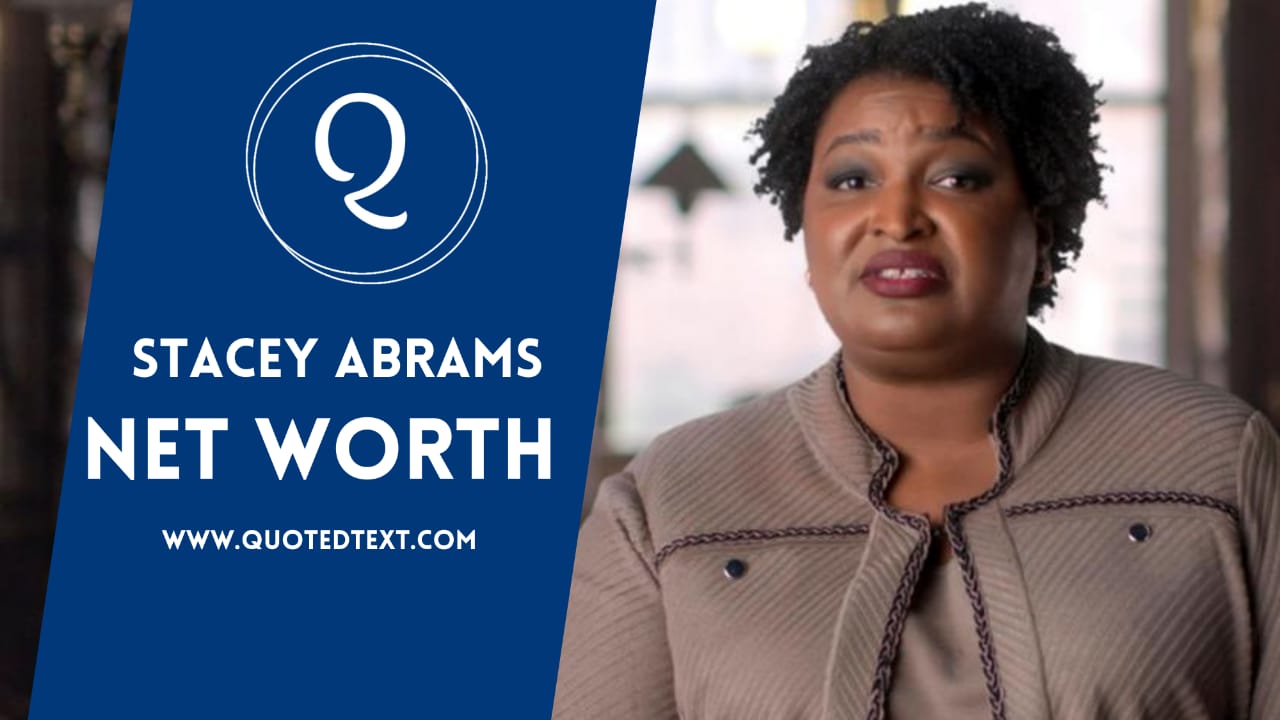 Stacey Yvonne Abrams, also known as Stacey Abrams, is an American politician, voting rights activist, lawyer, and author. She worked at the Georgia House of Representatives from 2007 onwards. In 2011, she was appointed as the minority leader and continued serving till 2017. In 2018, Abrams founded an organization to address voter suppression named ‘Fair Fight Action.’ Abram’s efforts were widely appreciated by the citizens of Georgia, including the 2020 presidential election. Her estimated net worth is around $3.6 million as of 2022.

Stacey Abrams was born on 9th December 1973 in Madison, Wisconsin, US. In Gulfport, Mississippi, she was raised by his father, Robert Abrams, and Carolyn Abrams. She was the second child among her six siblings. Later on, she moved to Atlanta, Georgia, where her parents attended the Emory University and later became Methodist ministers. She graduated as a Valedictorian from Avondale High School. While at the high school, she was chosen for the Telluride Association Summer Program. At the age of 17, she was selected as a typist for a congressional campaign & speechwriter.

In 1995, Abrams pursued a Bachelor of Arts in Interdisciplinary Studies from Spelman College. Her main focus subjects were Political science, Economics, and Sociology. During her graduation, she served the youth services department in the office of Atlanta Mayor Maynard Jackson. Followed by this, she took training at the U.S Environmental Protection Agency.

Stacey Abrams has been a successful politician, lawyer, voting rights activist, and author.

Legal and business career: After completing her graduation from law school, Stacey Abrams started working as a tax attorney at the Sutherland Asbill & Brennan law organization in Atlanta. Her main task was to pay special attention to health care, tax-exempt organizations, and public finance. In 2010, while serving at the Georgia General Assembly, she co-founded and worked at the NOW Corp. (NOW account Network Corporation), a financial services firm, as a senior vice president.

Later on, Stacey co-founded Nourish, Inc., a beverage company. The company focused on providing nutritious meals to infants and toddlers. Followed by this, she started working as a CEO of a legal consulting firm named ‘Sage Works.’ The company represents clients such as Atlanta Dream of the Women’s National Basketball Association.

Politician: In 2002, Stacey Abrams started working as the deputy city attorney for Atlanta. She has worked on several political positions, including Health care, Educations, the Israeli-Palestinian conflict, and Criminal Justice Reform. In 2006, Stacey worked for the 89th district for the Georgia House of Representatives. Followed by this, Abrams also ran against the former state legislator George Maddox and political operative Dexter Porter in the Democratic Party primary election. She won the primary election with 51% votes while defeating two of her opponents.

In 2018, Stacey ran for Georgia governor against Stacey Evans, the other Georgia House of Representatives member. However, on May 22, during the same year, Stay Abrams won the Democratic nomination. As a result, she became the first black woman to be the primary party nominee for governor in the US. Post the victory in the primary, Stacey secured several high-profile endorsements, including one from Barack Obama, the former president.

Author: Besides being a successful politician, Stacey Abrams is also known for her fictional writing skills. She published her several works under the Pen Name Selena Montgomery until 2021. Around 100,000 copies of her novels have been sold until now. While she was pursuing graduation from Yale law school, Stacey wrote her first novel and inspired her to continue writing. In 2009, she published her most recent book.

“We must use words to uplift and include. We can use our words to fight back against oppression and hate. But we must also channel our words into action.”― Stacey Abrams

“Do not allow setbacks to set you back.”― Stacey Abrams

“When you’re focused on your enemy, then you are ignoring your allies.”― Stacey Abrams

“When people doubt your right to be somewhere, the responsibility falls on you to prove over and over again that you deserve to be there.”― Stacey Abrams

“My life has always been about making certain I accrue the skills necessary to make my ambitions real.”― Stacey Abrams

“To make a good decision, you actually need to think about it, the contours and the consequences.”― Stacey Abrams

“I believe we need leaders who actually want to lead everyone.”― Stacey Abrams

What do you think about Stacey Abrams’s Net Worth? Leave a comment below and tell us your views.