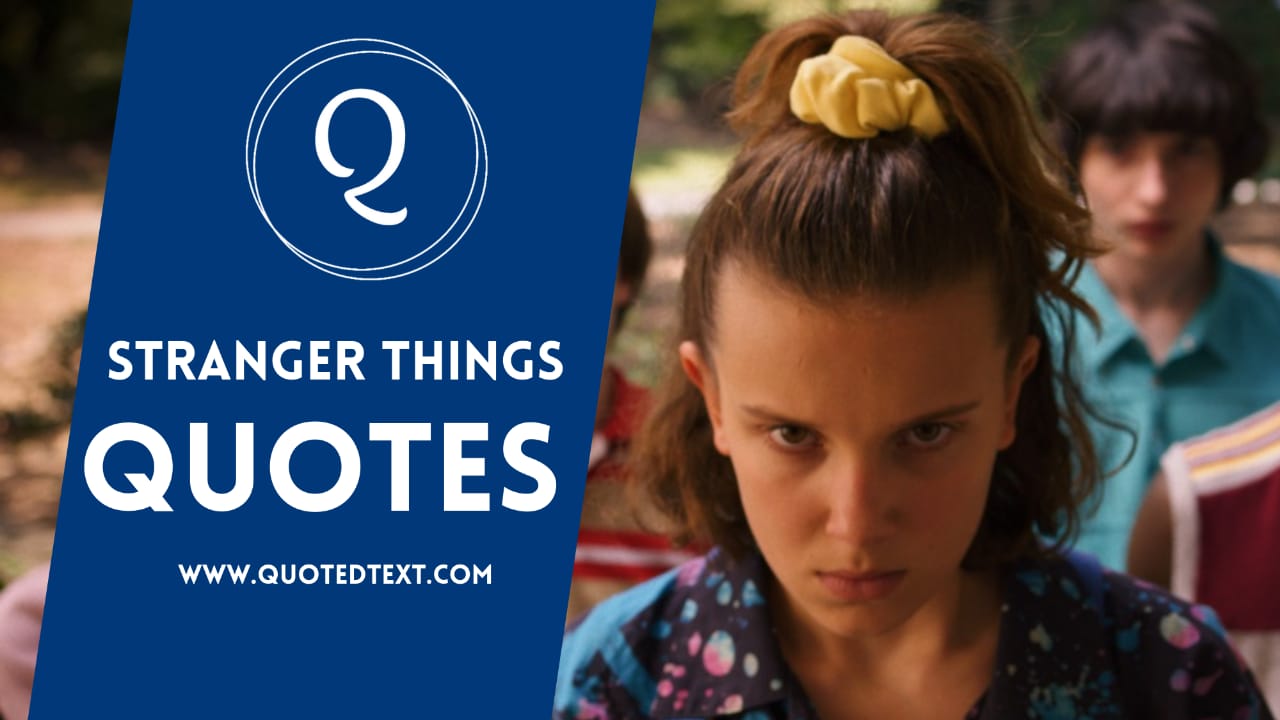 Stranger things is an American Netflix original series that first aired on July 15, 2016. The show revolves around the conspiracy theories and supernatural events that take place in the life of Will, one of the fictional characters of the show. Duffer brothers create the show. Stranger things is a sci-fi, horror, and drama genre series. The series has three seasons as of now.

The first season was aired on July 15, 2016. The first season shows how a young boy named Will Byers and a girl named barbara gets abducted by a monster from upside down. The researchers of Hawkins’s national laboratory opened the upside-down. At this time, a girl also escapes from the laboratory. The girl helps Will’s mother and his friends Mike, Dustin, and Lucas.

With the help of Eleven, Will manages to be found, but Barbara is already dead. Will gets rescued and gets hospitalized at the end.

The season 2 of stranger things was aired on October 27, 2017. Season 2 shows how the town gets frightened with the creatures of upside down. Supernatural events in the city are recurring. Will and his friends want to be again reunited as a gang to prevent future mishappenings.

The show ends with all of the friends enjoying their school dance, but there is someone who’s still watching over them. It’s one creature Mind flayer, who’s still alive in the upside-down.

The season 3 of stranger things was aired on July 4, 2019. The third season shows how during the summer in Hawkins, have opened a new Starcourt mall that is the new busiest place of the town and has left away from the other businesses. Joyce, Will’s mother, wants to move out of the city for the betterment of her family and children. Whereas Will and his friends had already closed the way to upside down, but they can still feel that there is something off about the town while stranger power fluctuations take place. They sensed that they are still in danger.

The end of season 3 goes out the way how the friends managed to kill the nearby Mind flayer. Soon after, Joyce and her family decide to move out of Hawkins. Max and eleven confess their love for each other and promises to stay in touch.

The show will be returning for season 4, Positively. Although the exact date has not yet been announced, people are expecting it to be in 2020. This show has created such a type of hype in the people that they love its quotes more. The epic dialogues of the series have drawn a lot of attention from teenagers that they can relate to their life and love their way. Since we all are a little too much obsessed with stranger things, here are some of the best quotes of the series. In this article, we’ve got you the compilation of the best stranger things quotes that you can save and share!

“You shouldn’t like things because people tell you you’re supposed to.”
― Jonathan Byers

“Nothing is gonna go back to the way that it was. Not really. But it’ll get better. In time.”
― Jim Hopper

“Nobody normal ever accomplished anything meaningful in this world.”
― Jonathan Byers

“People don’t spend their lives trying to look at what’s behind the curtain. They like the curtain. It provides them stability, comfort, and definition.”
― Murray Bauman

“You’re just not nimble enough, but you’ll get there someday.”
― Lucas Sinclair

“Do you want to figure it out?”
― Mike Wheeler

“C-O-M-promise. Compromise? How ’bout that’s your word for the day, yeah? It’s something that’s kinda in-between, something like… half-way happy.”
― Jim Hopper

“Why are you keeping this curiosity door locked?”
― Dustin Henderson

“Make mistakes, learn from them and when life hurts you, because it will, remember the hurt. The hurt is good. It means you’re out of that cave.”
― Jim Hopper

“This is not yours to fix alone. You act like you’re all alone out there in the world, but you’re not. You’re not alone.”
― Joyce

“How many children are you friends with?”
― Robin Buckley

“I didn’t realize it was such an honor to go trick-or-treating with you.”
― Max Mayfield

“All living organisms develop defense mechanisms against attack. They adapt. They find some way to survive.”
― Sam Owens

“Only love makes you that crazy sweetheart…and that damn stupid.”
― Florence

“When do you feel good about anything?”
― Lucas Sinclair

“She’s only gonna break your heart, and you’re way too young for that shit.”
― Steve Harrington

“I never gave up on you. I called you every night.”
― Mike Wheeler

“I will never, ever let anything bad happen to you ever again. Whatever’s going on in you, we’re gonna fix it.”
― Joyce Beyers

“I may be a pretty shitty boyfriend, but it turns out I’m actually a pretty damn good babysitter.”
― Steve Harrington

“If we’re both going crazy, then we’ll go crazy together, right?”
― Mike Wheeler

“Mornings are for coffee and contemplation.”
― Jim Hopper

“We never would’ve upset you if we knew you had superpowers.”
― Dustin Henderson

“Sometimes, I impress even myself.”
― Sam Owens

“Being a freak is the best. I’m a freak.”
― Jonathan Byers

“Don’t take it so personally, okay? I don’t like most people. He’s in the vast majority.”
― Jonathan Byers

“You wanna go out in the world?! You better grow up! Grow the hell up!”
― Chief Hopper

“I always thought stuff like this happened in movies and comic books.”
― Bob Newby

“Accident or not, admit it, it was a little awesome.”
― Dustin Henderson

“When I become rich and famous for this one day, don’t come crawling back, saying, oh, my God, Dustin, I’m so sorry for being mean to you back in 8th grade.”
― Dustin Henderson

“If anyone asks where I am, I’ve left the country.”
― Mike Wheeler

“You tell anyone that I told you that and your ass is grass.”
― Steve Harrington

“Yeah, the real world sucks, deal with it like the rest of us.”
― Jonathan Byers

“We’re not even in the game; we’re on the bench.”
― Mike Wheeler

“You know what this half-baked plan of yours sounds like to me? Child endangerment.”
― Erica Sinclair

Related Topics:Love Quotes
Up Next