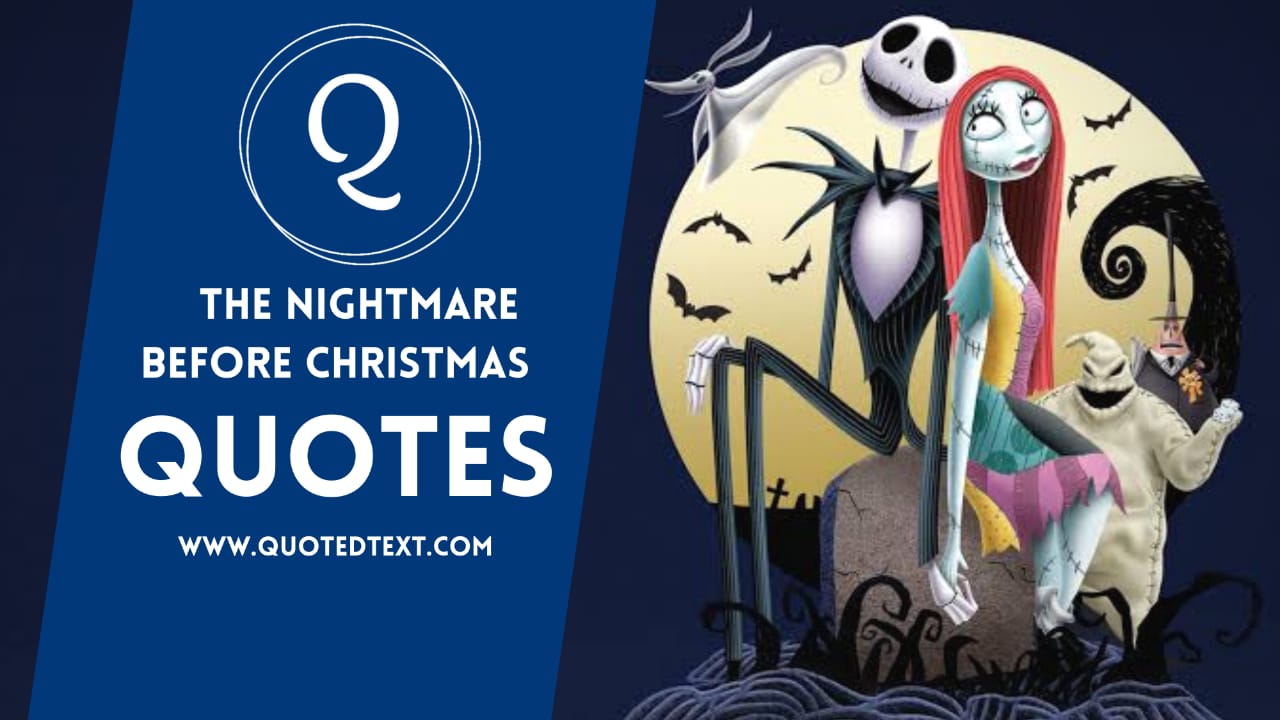 Tim Burton’s “The Nightmare Before Christmas” is a 1993 Stop-motion and an animated musical film directed by Henry Selick and produced by Tim Burton himself. Awarded with tons of awards and nominated for massive and reputed awards such as The Oscars and Golden Globes, The Nightmare Before Christmas has earned real love from Halloween lovers, especially kids who loved animation films.

The plotline goes around the misfortunes of Jack Skellington, the Halloween community’s lovable Pumpkin King, who got tired of the same yearly celebratory ritual of scaring humans from the actual world just for the sake of “Entertainment.” Onto the journey of searching for some fun, Jack, by chance, comes across this new place called Christmastown. With this town full of all vivid shades and happy people, he gets an idea. Finally, he gets to discover an adventurous way of having immense pleasure by getting the authority over Christmas, which he thought he’d do by abducting Santa Claus and taking over the whole town. But Jack soon finds out that even such precisely-planned mischiefs of crooked and spooky villainous men can go terrible. Now the other story unveils how Jack, the Pumpkin King, and the leader of this wicked and shady community try to find the joy and pleasure they wait every year to live, yet even the bad guys end up learning a lesson.

The beloved skeletal protagonist of The Nightmare Before Christmas, Jack Skellington The Pumpkin King, is hands down the most anticipated character of the film, thanks to Tim Burton’s incredible creativity and wit involved in bringing him to the storyline. Jack’s intuitive and sharp-minded mental instincts often save him from the very troubles he’s prone to get involved in. His dark and shady skeletal head, body, and overall attire are impressive and cool to the viewers, regardless of the darkness he possesses and serves. Jack is the community’s curious one, which helps him be better than others and upscale his critical skills.

Sally, the human-like doll creature, is another very appreciated and admired character by fans from the film. She is a loving and caring one and always looks after her people, especially Jack Skellington. Not to be forgotten, she got so much attention from the viewers because of the love interest with our favorite Pumpkin King, Jack. But let’s be honest, when we closely watch the film, we realize that she’s more than just another ordinary woman, rather strong-willed and fascinating one. We loved the positioning of her character in the movie.

Here’s a list of some famous ‘The Nightmare Before Christmas Quotes’ we have curated for you.

25 The Nightmare Before Christmas Quotes 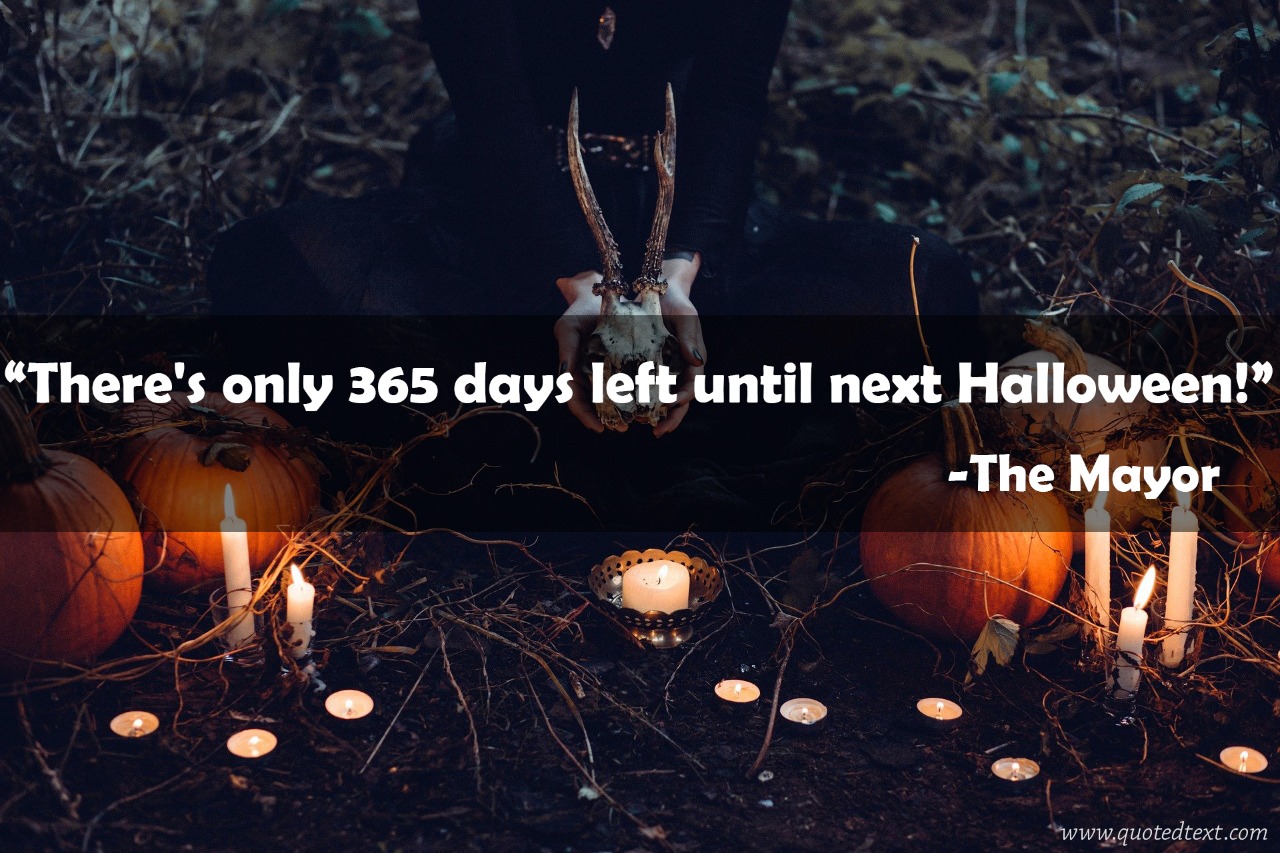 There’s only 365 days left until next Halloween!”
— The Mayor 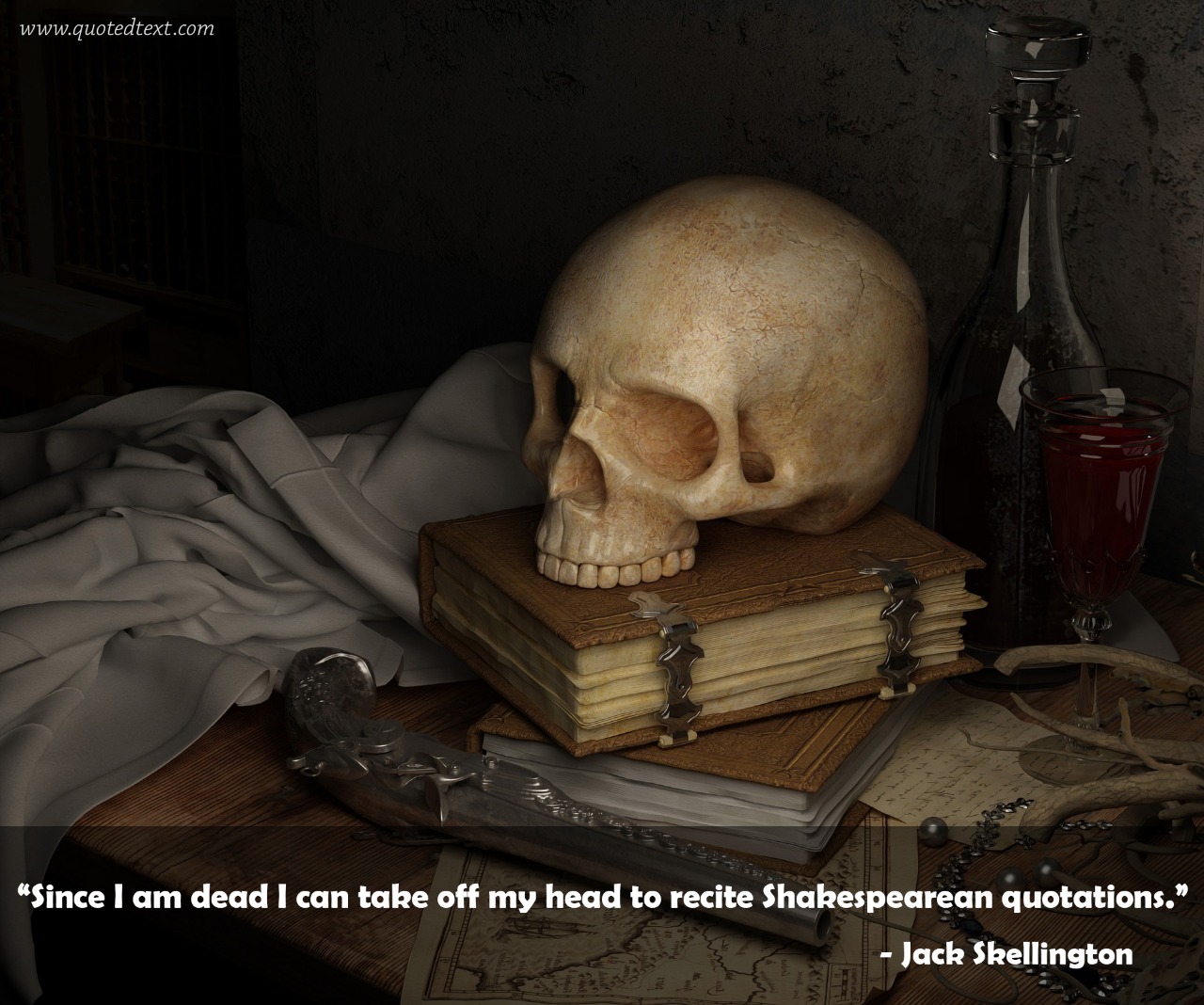 “Since I am dead I can take off my head to recite Shakespearean quotations.”
– Jack Skellington 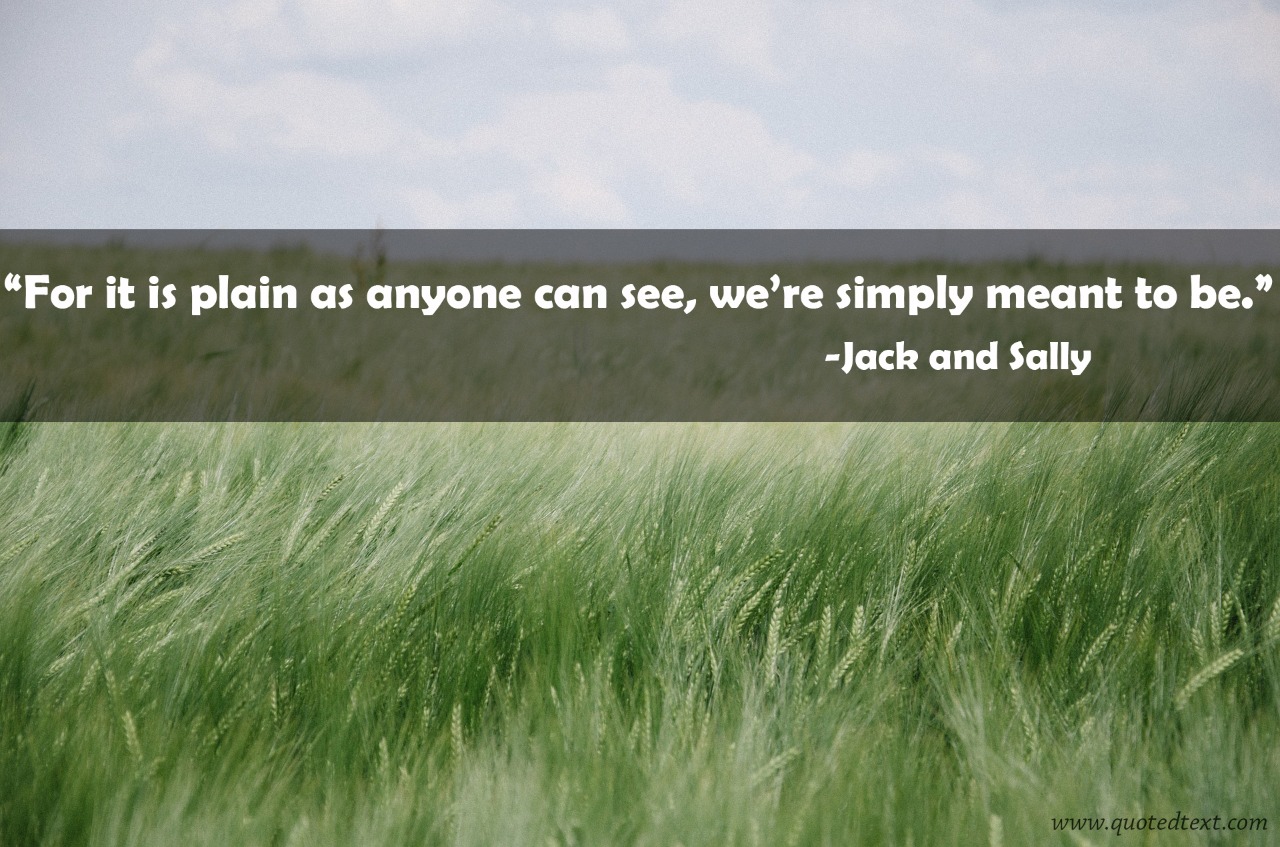 “For it is plain as anyone can see, we’re simply meant to be.”
– Jack and Sally 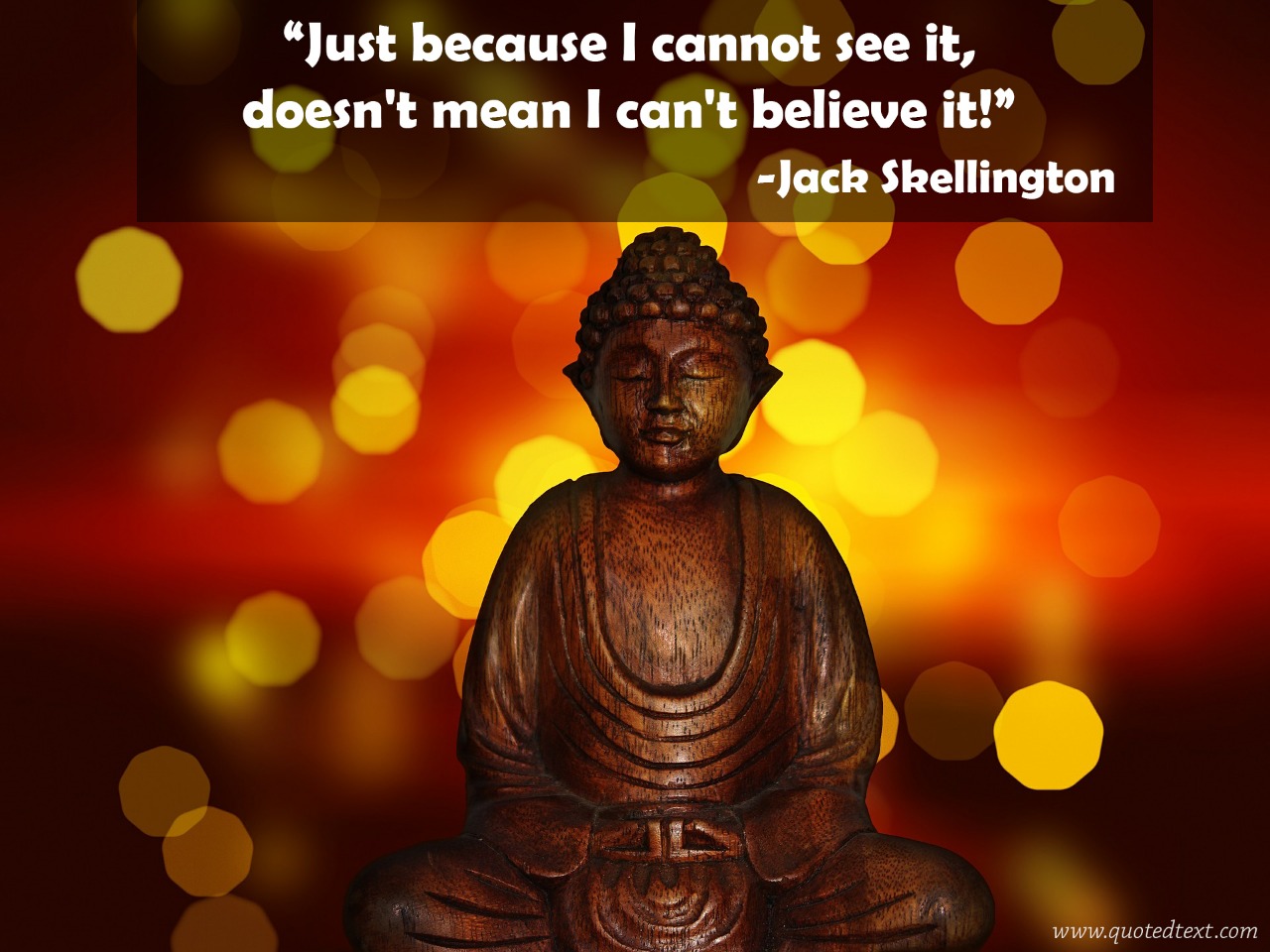 “Just because I cannot see it, doesn’t mean I can’t believe it!”
— Jack Skellington 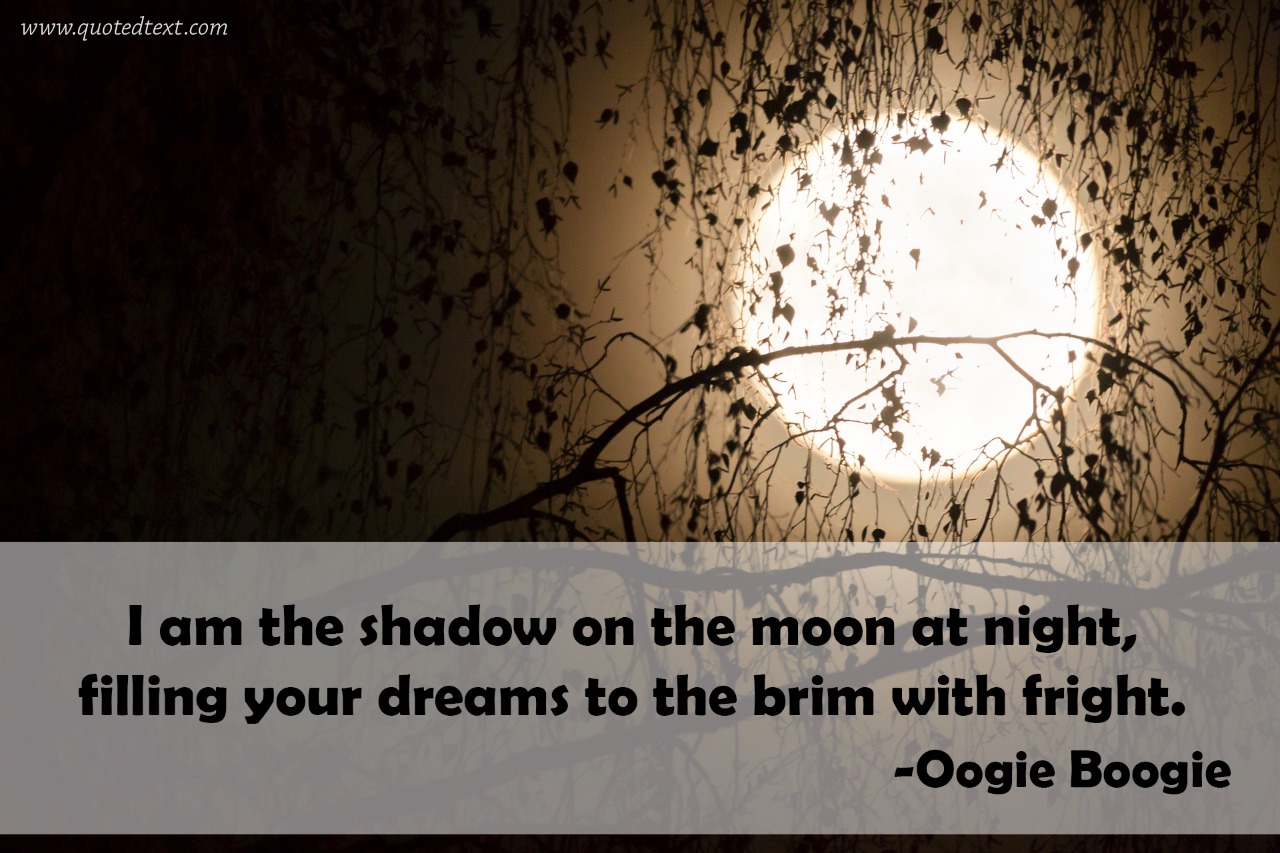 “I am the shadow on the moon at night, filling your dreams to the brim with fright.”
— Oogie Boogie 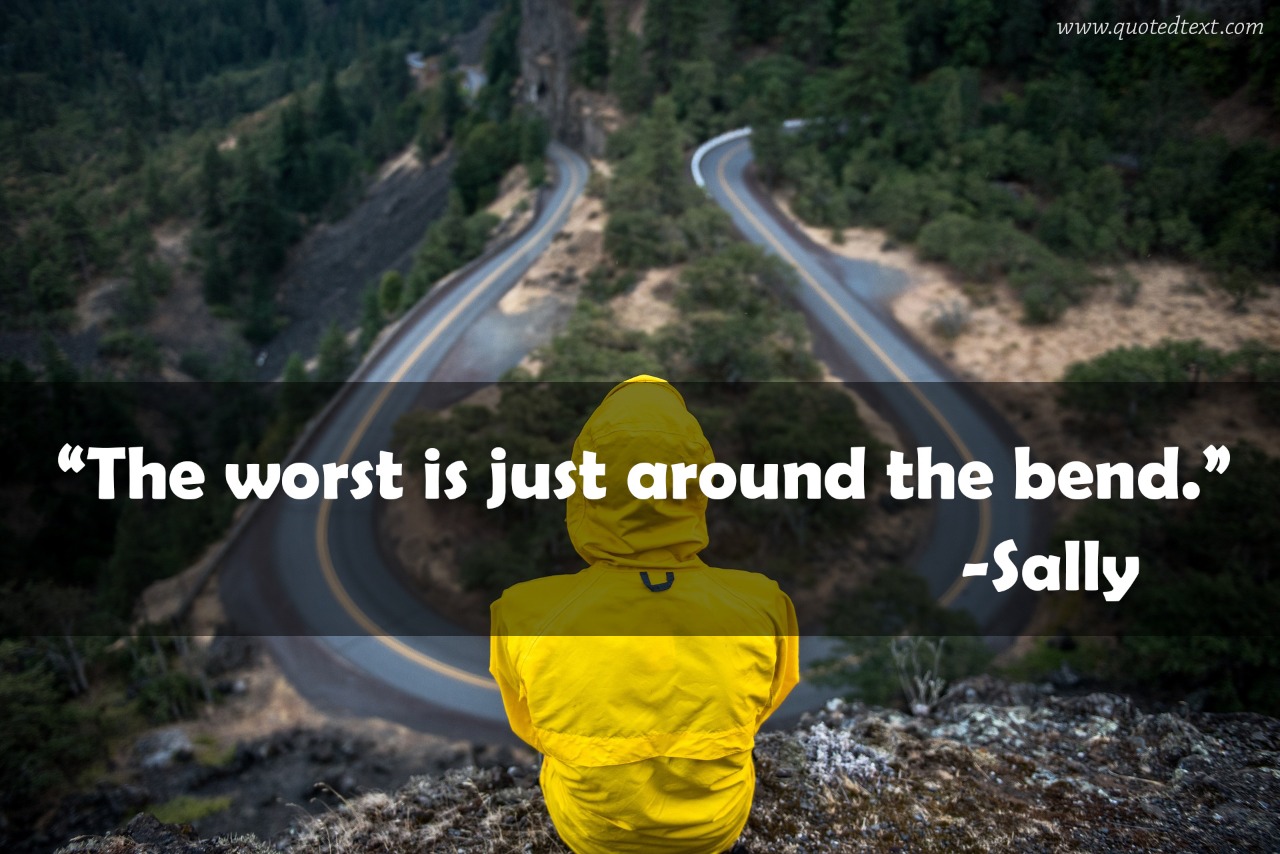 “The worst is just around the bend.”
— Sally 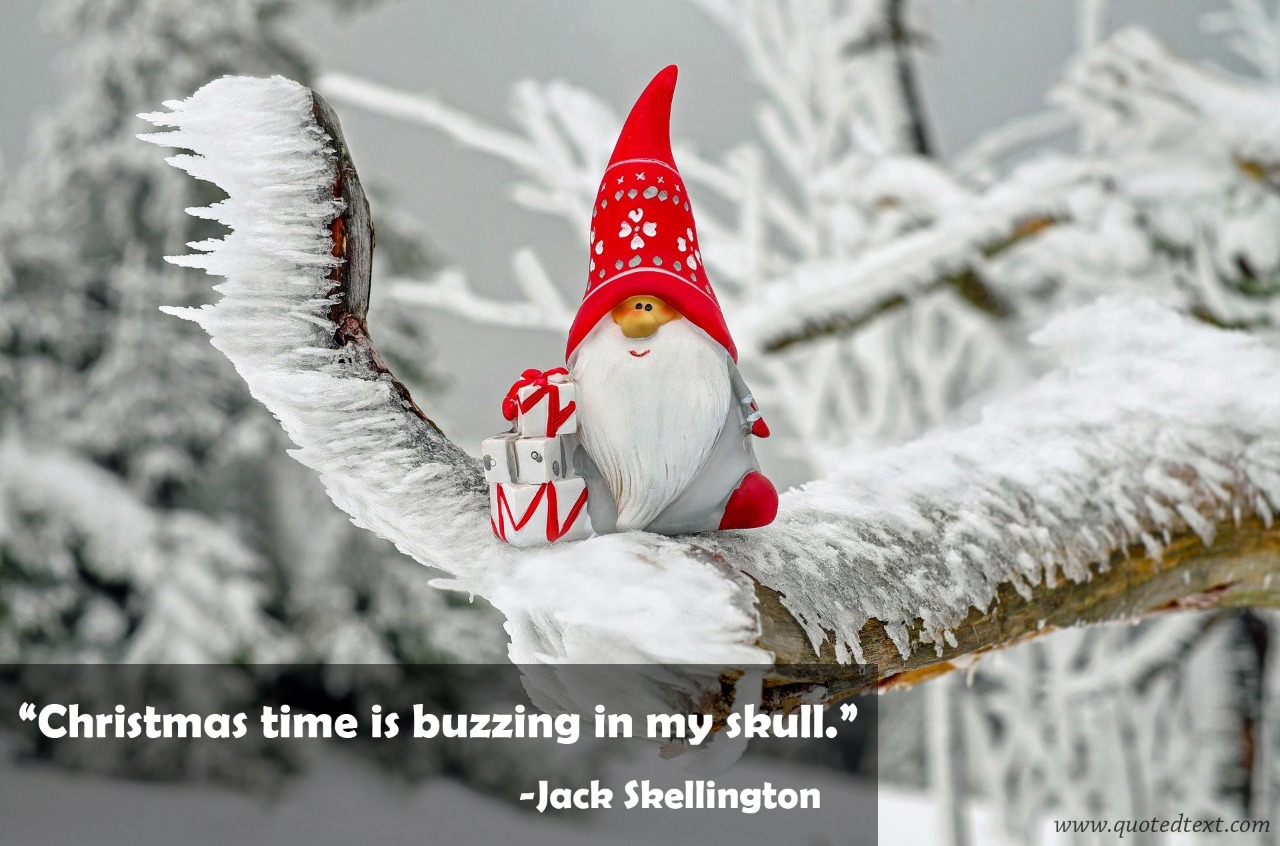 “Christmas time is buzzing in my skull.”
— Jack Skellington 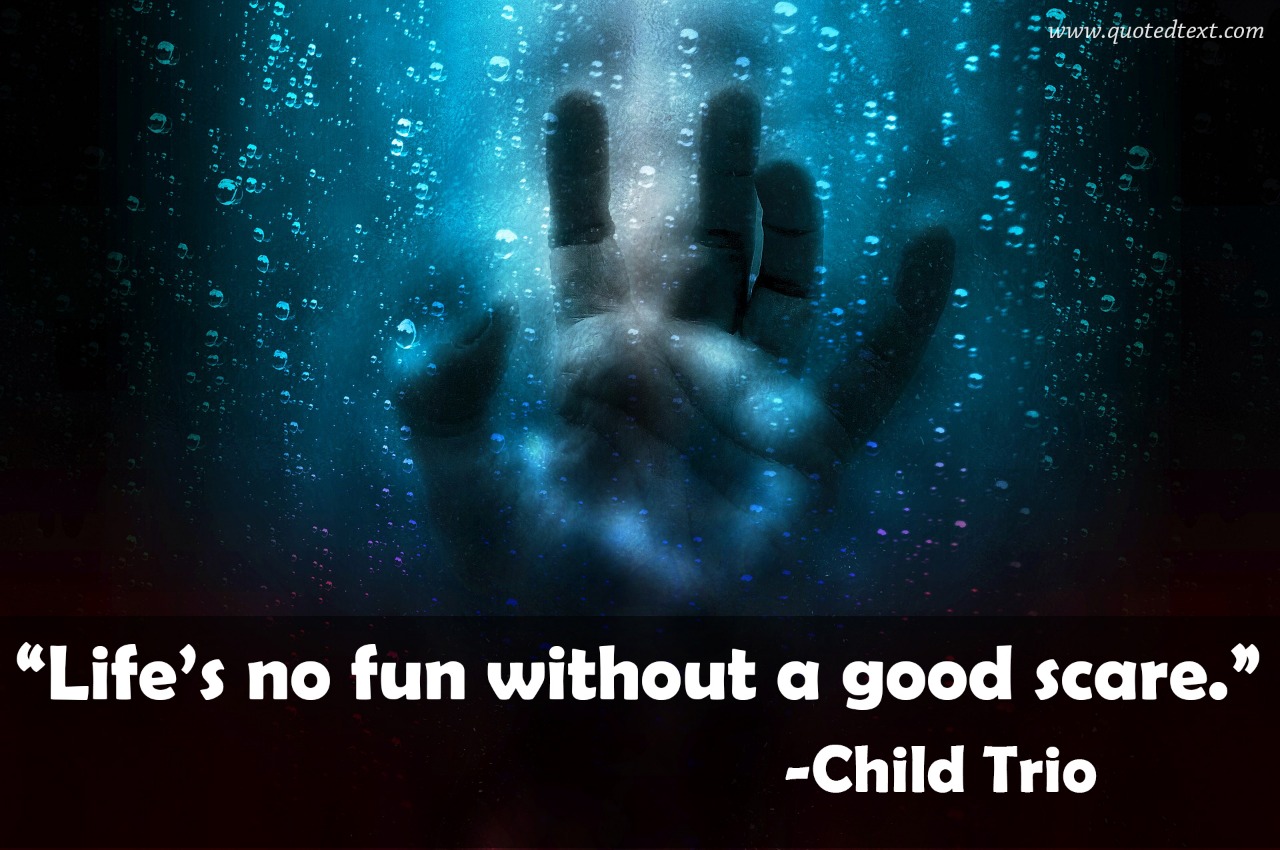 “Life’s no fun without a good scare.”
— Child Trio 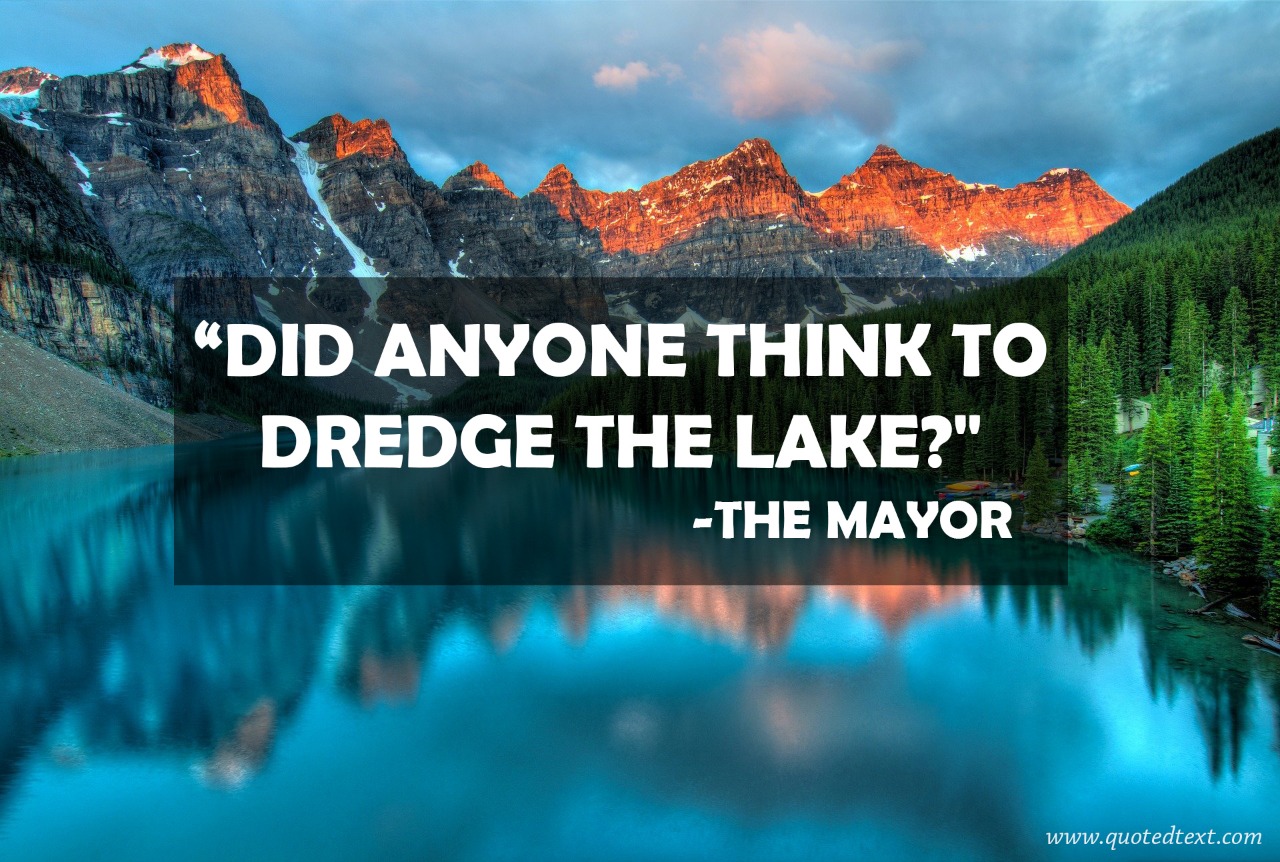 “Did anyone think to dredge the lake?”
— The Mayor

10th of 25 The Nightmare Before Christmas Quotes 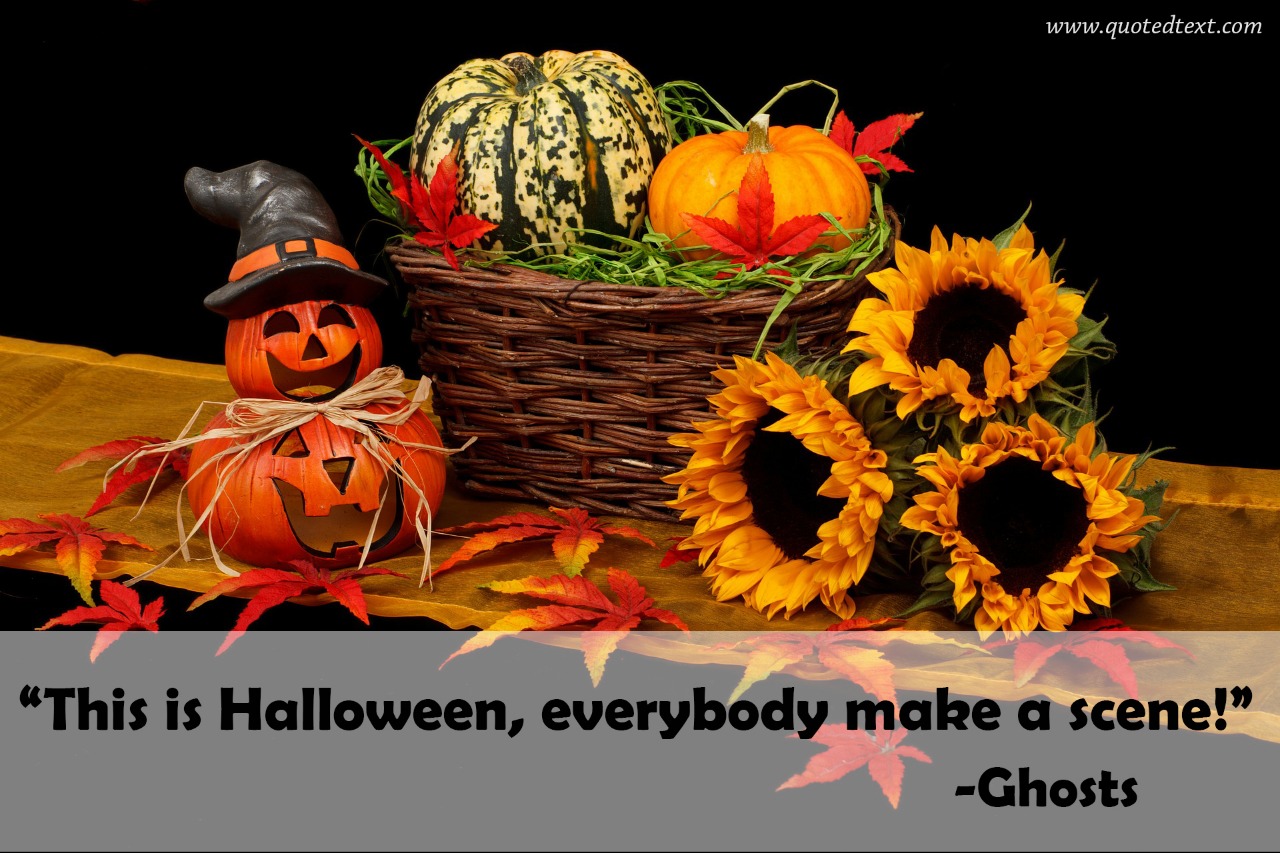 “This is Halloween, everybody make a scene!”
— Ghosts 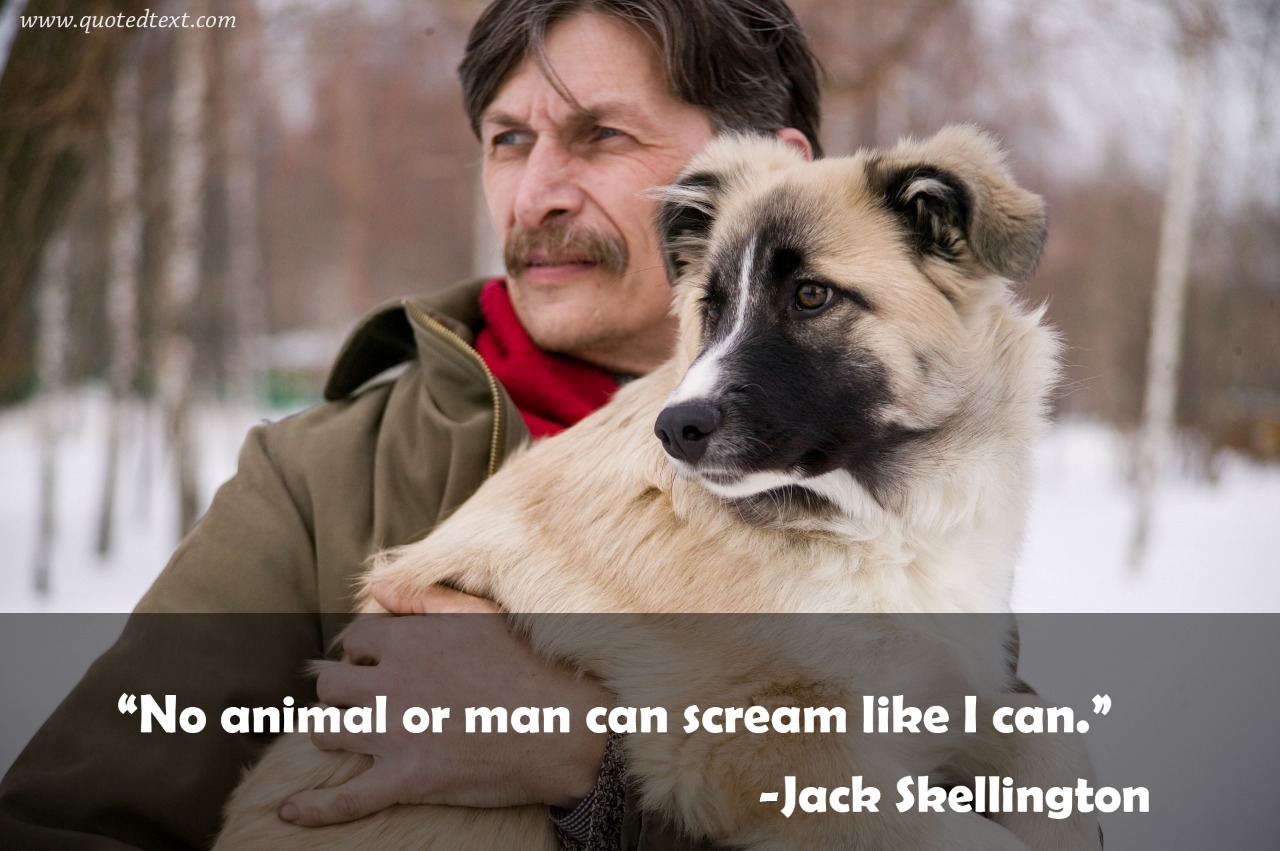 “No animal or man can scream like I can.”
— Jack Skellington 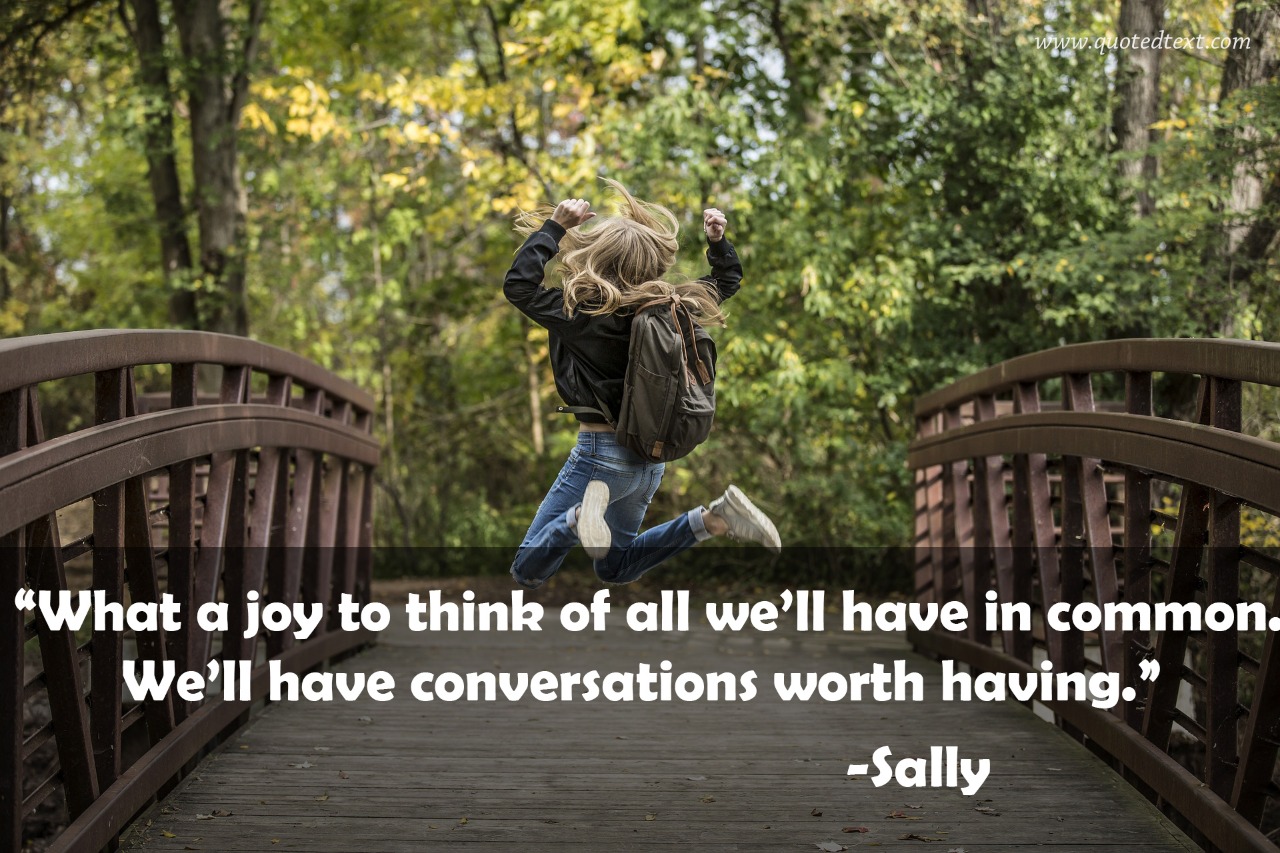 “What a joy to think of all we’ll have in common. We’ll have conversations worth having.”
— Sally 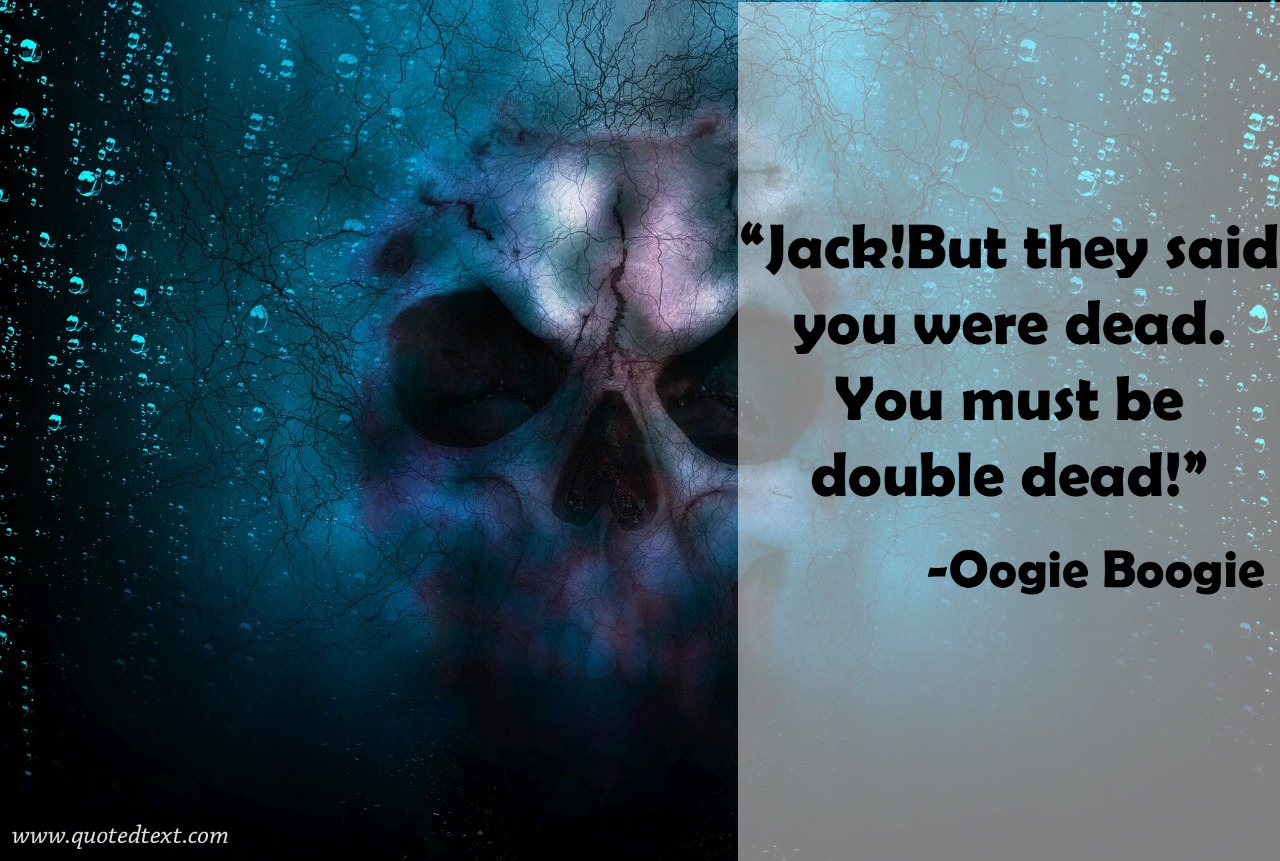 “Jack! But they said you were dead. You must be double dead!”
— Oogie Boogie 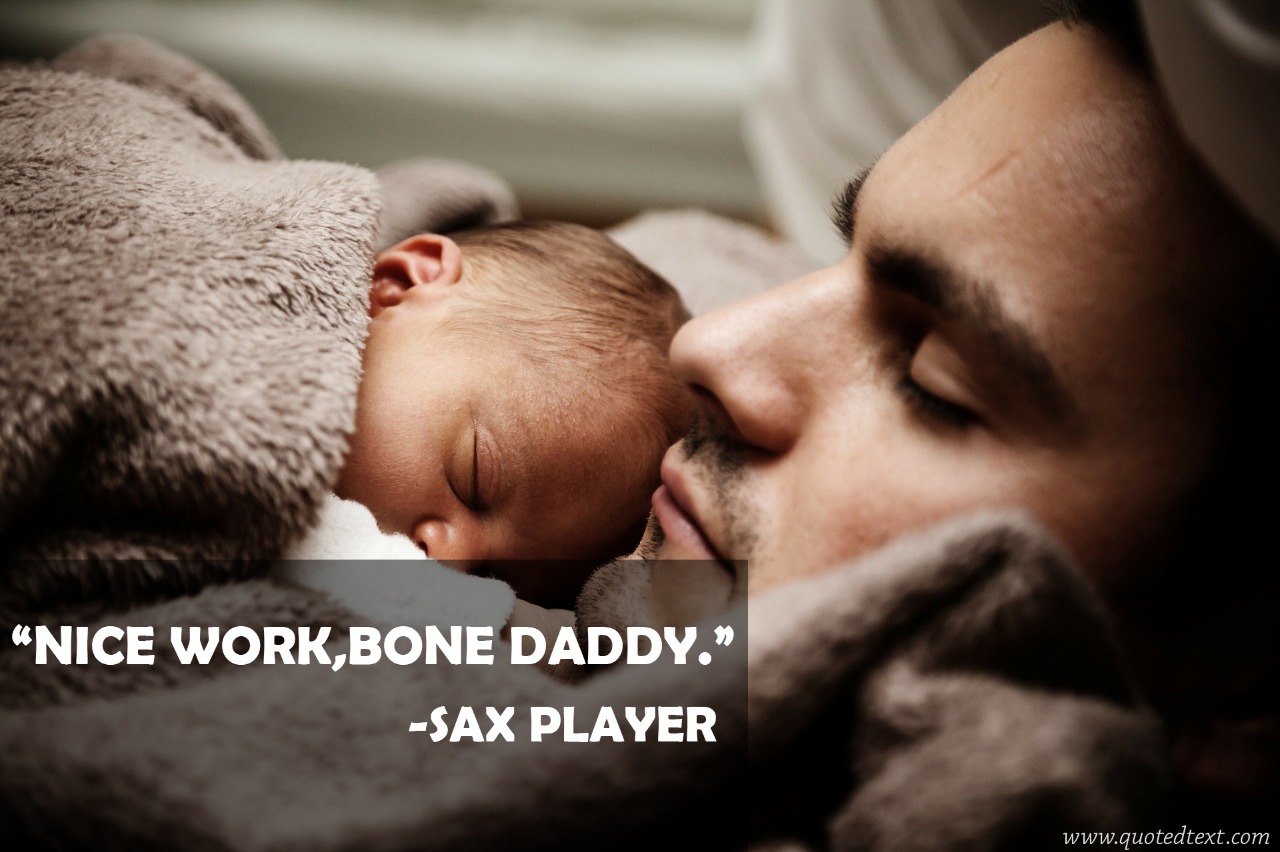 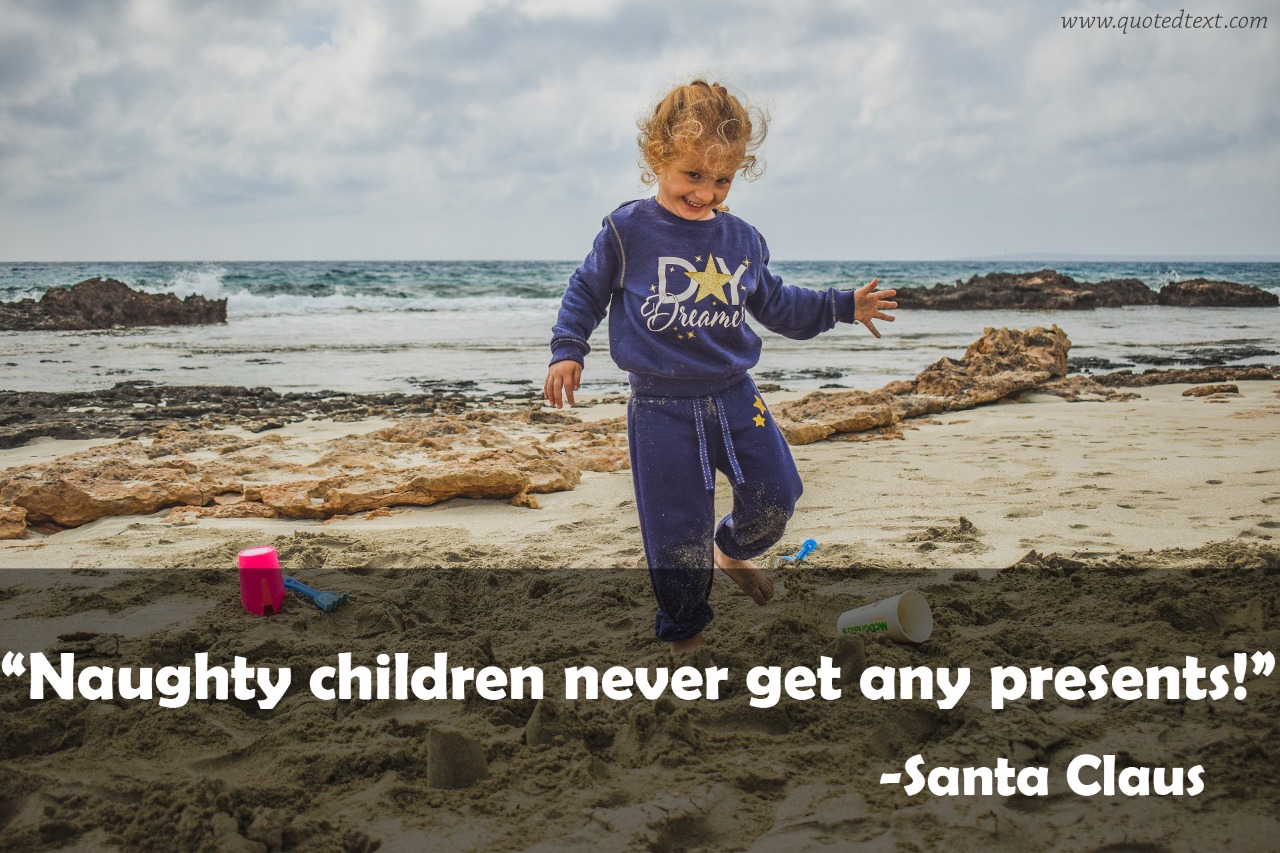 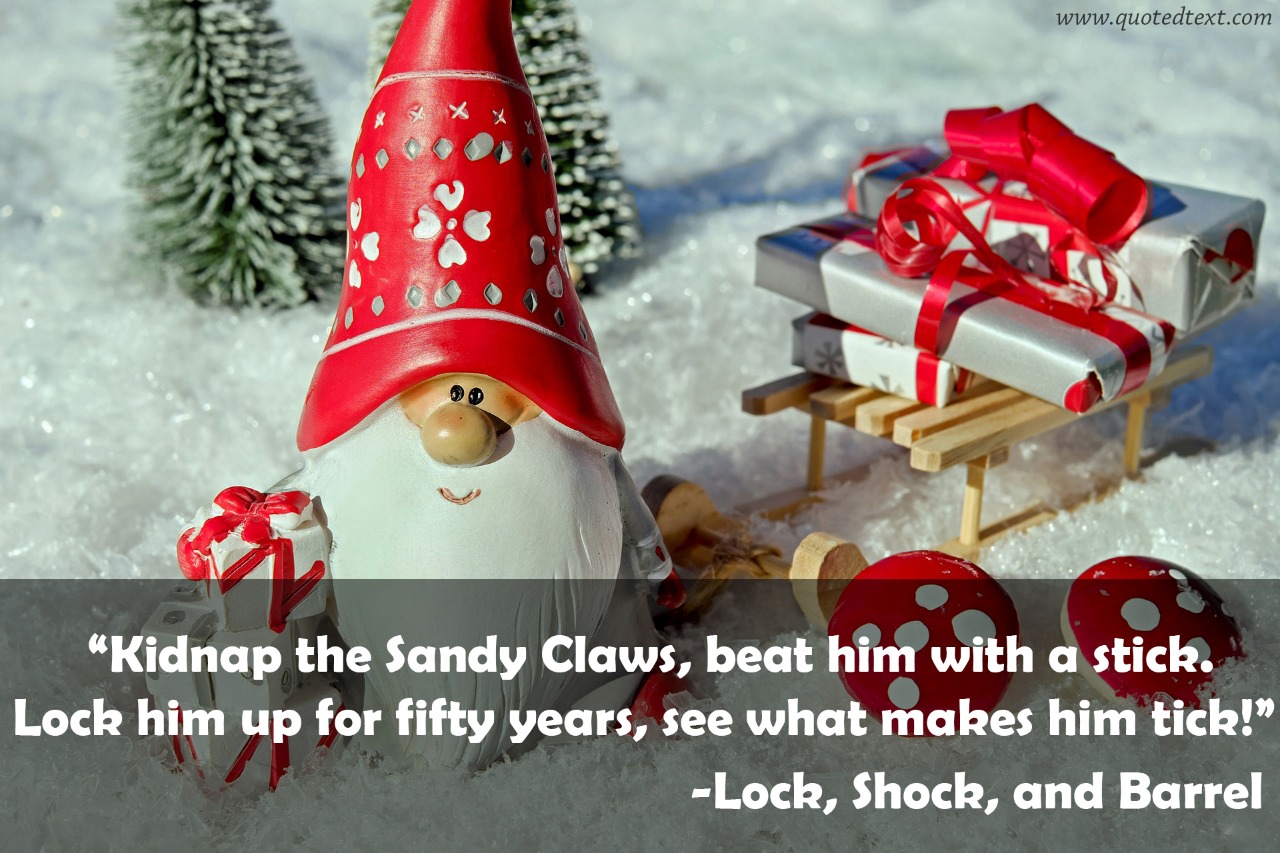 “Kidnap the Sandy Claws, beat him with a stick. Lock him up for fifty years, see what makes him tick!”
— Lock, Shock, and Barrel 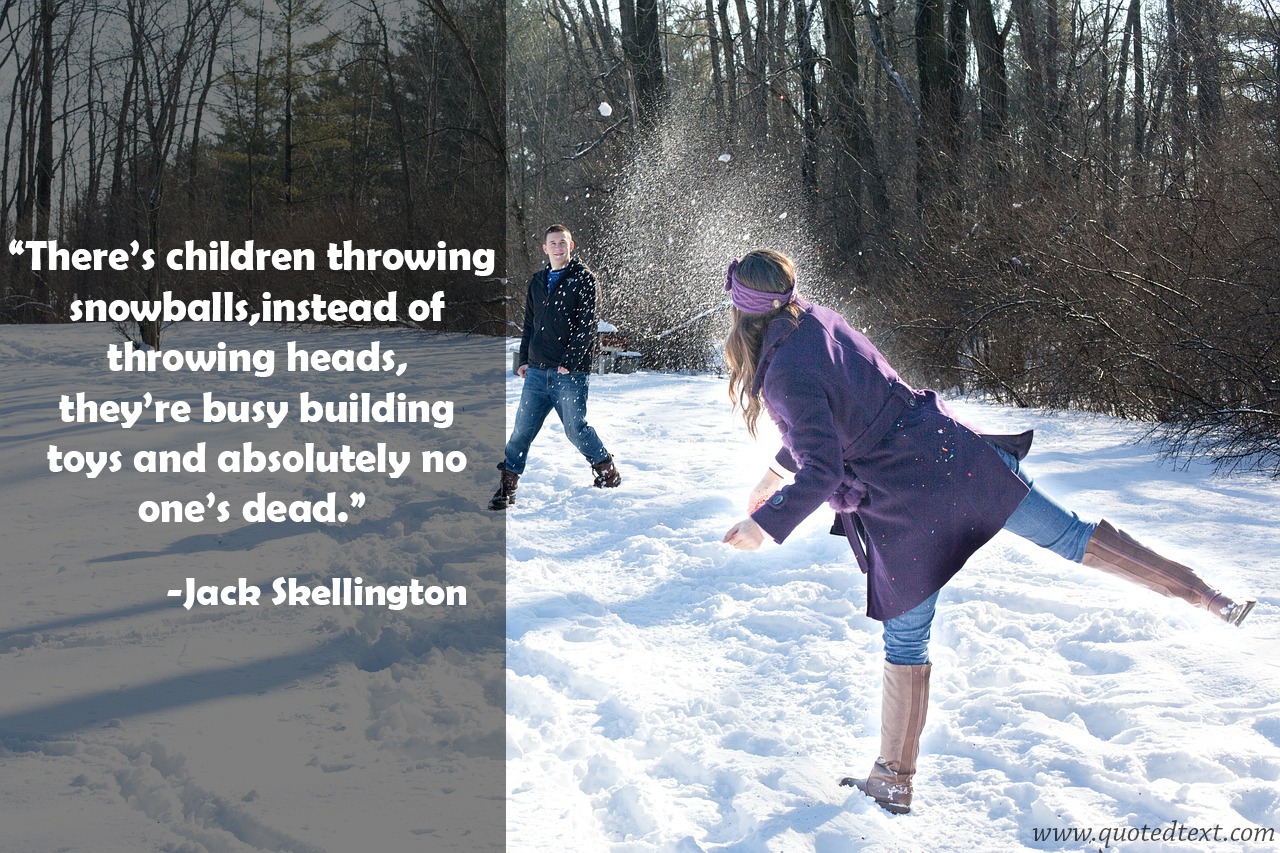 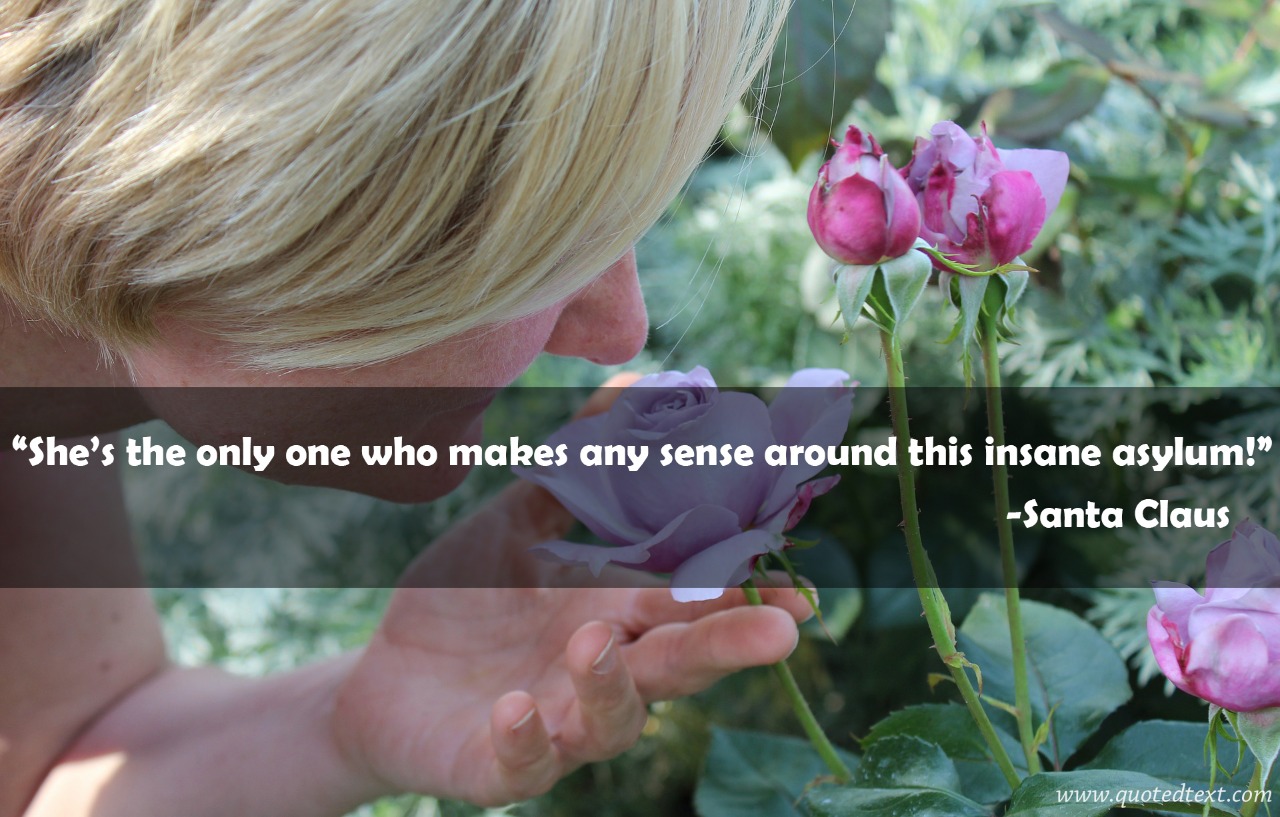 “She’s the only one who makes any sense around this insane asylum!”
— Santa Claus 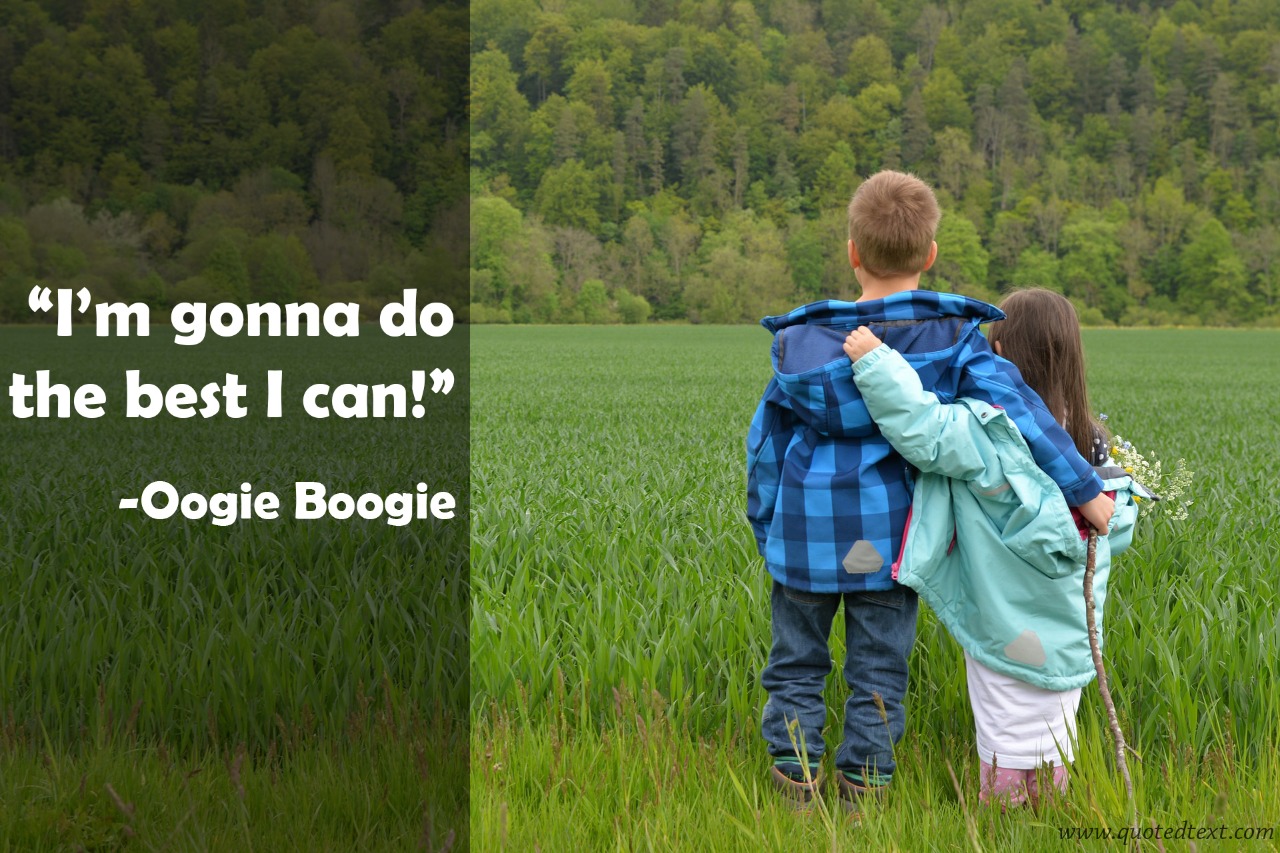 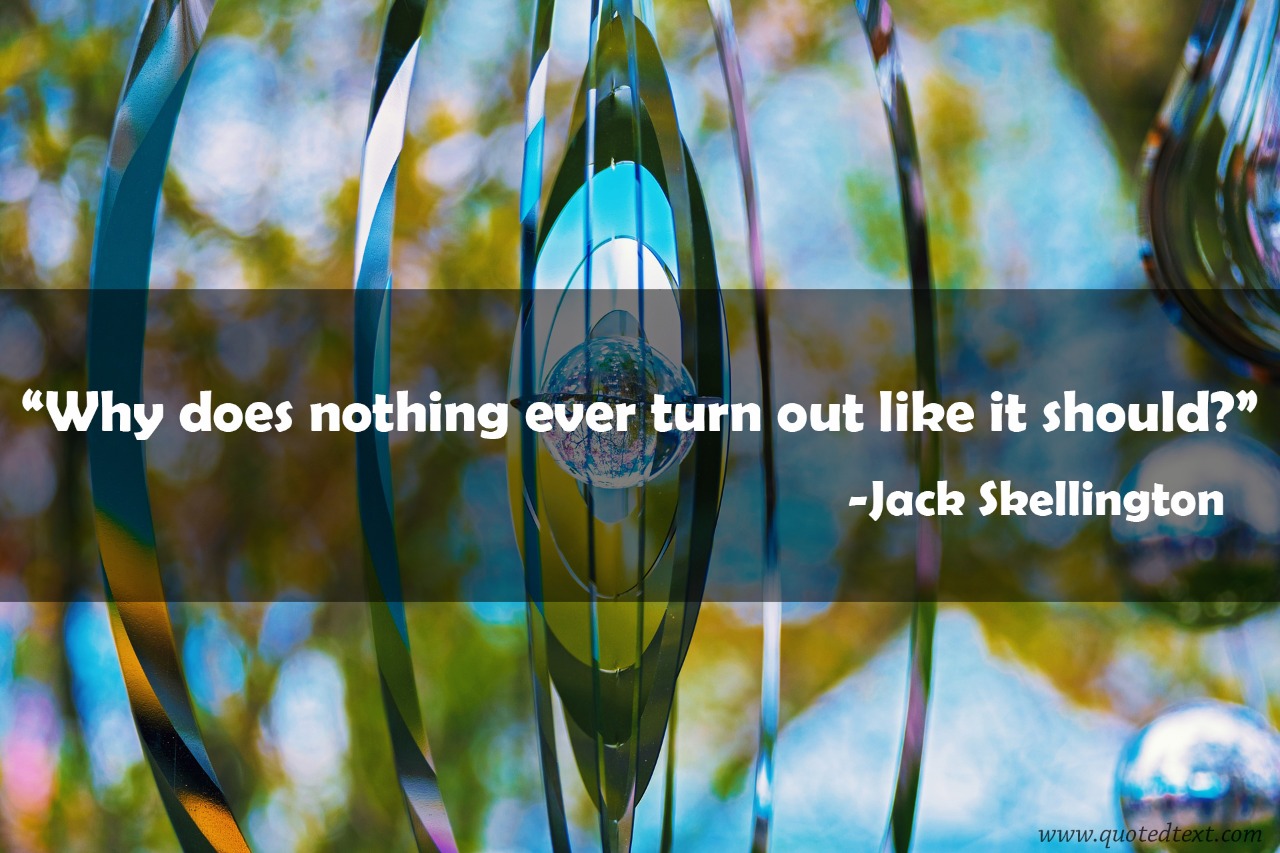 “Why does nothing ever turn out like it should?”
— Jack Skellington 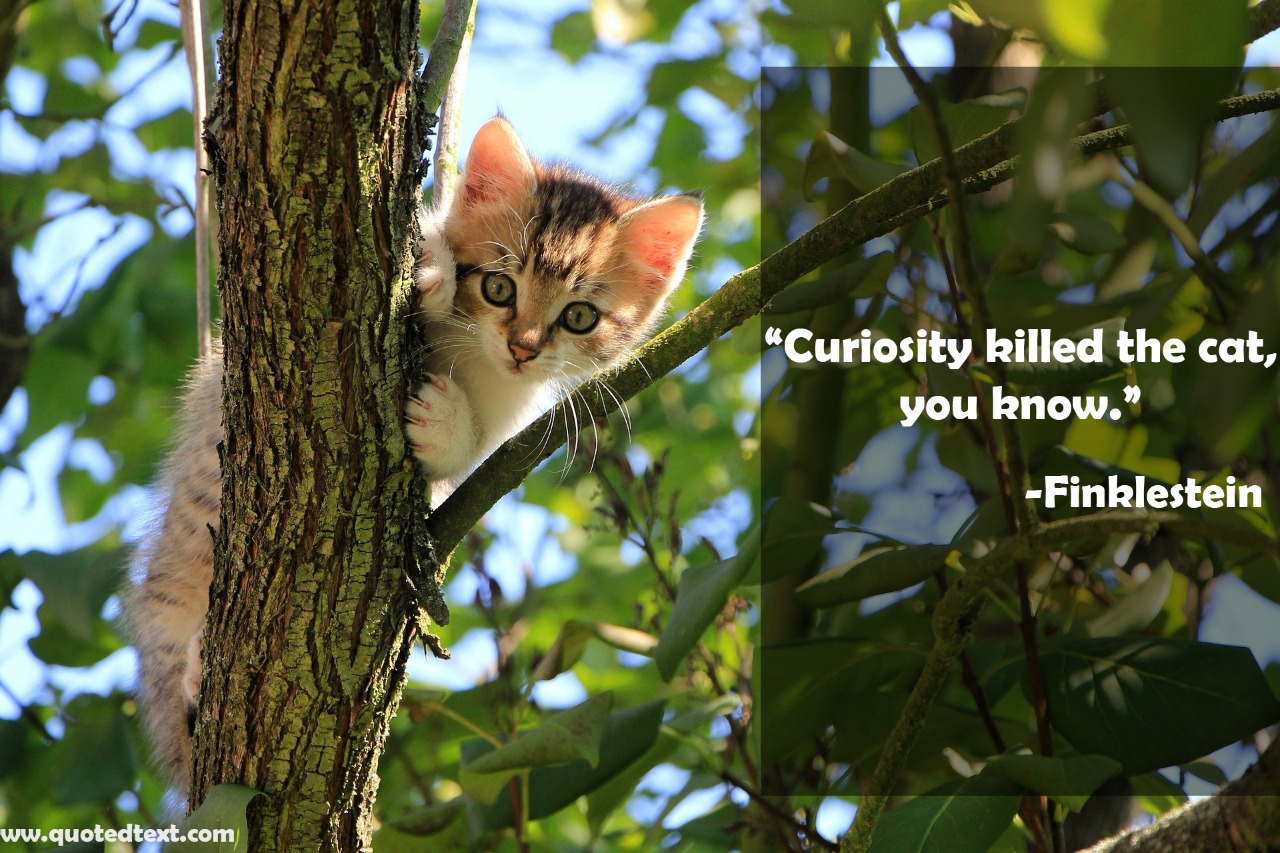 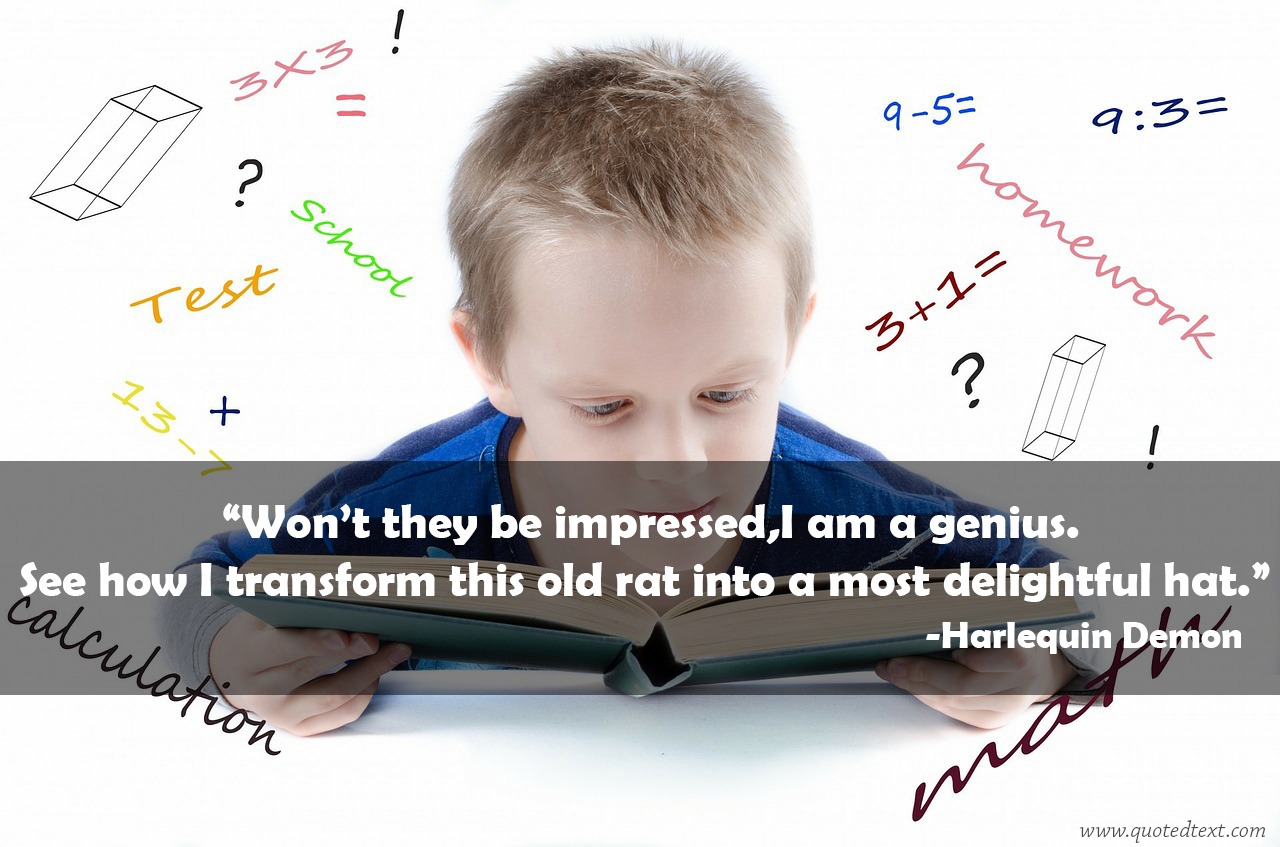 “Won’t they be impressed, I am a genius. See how I transform this old rat into a most delightful hat.”
— Harlequin Demon 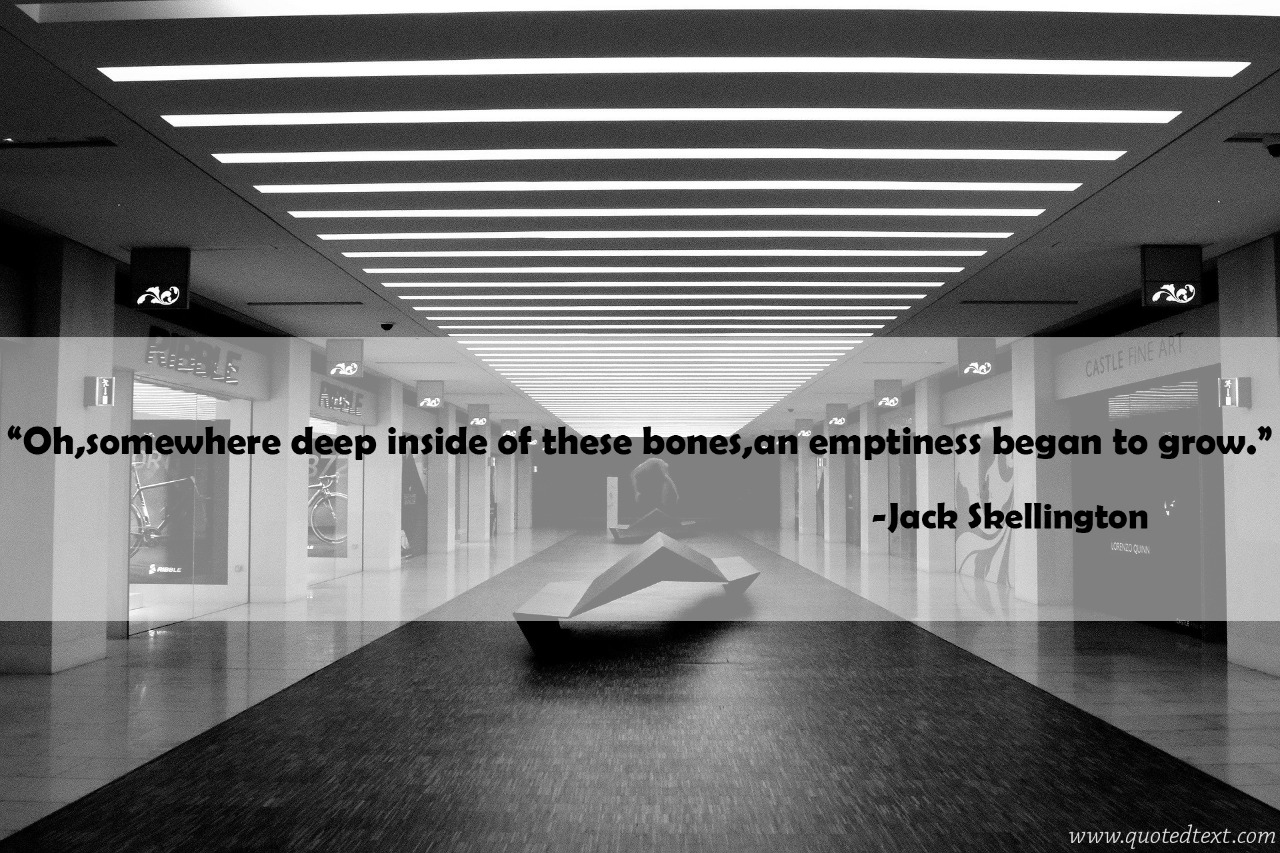 “Oh, somewhere deep inside of these bones, an emptiness began to grow.”
— Jack Skellington 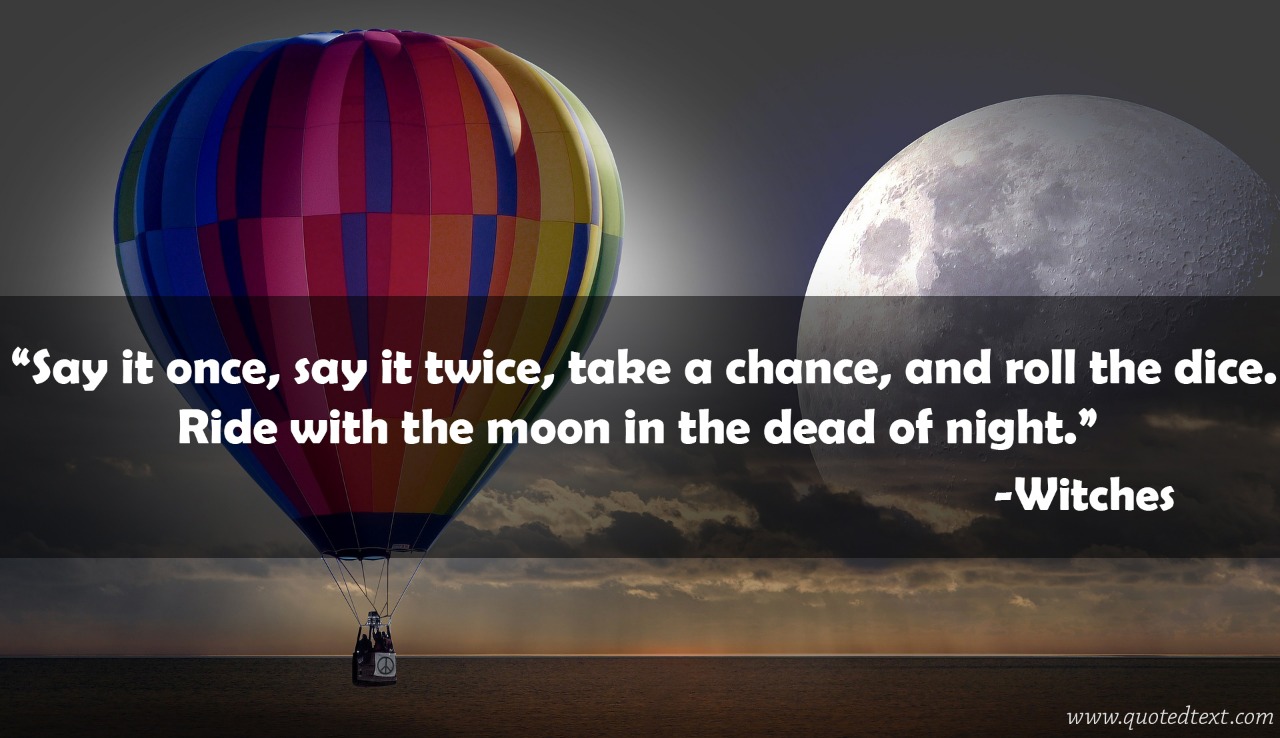 “Say it once, say it twice, take a chance, and roll the dice. Ride with the moon in the dead of night.”
— Witches 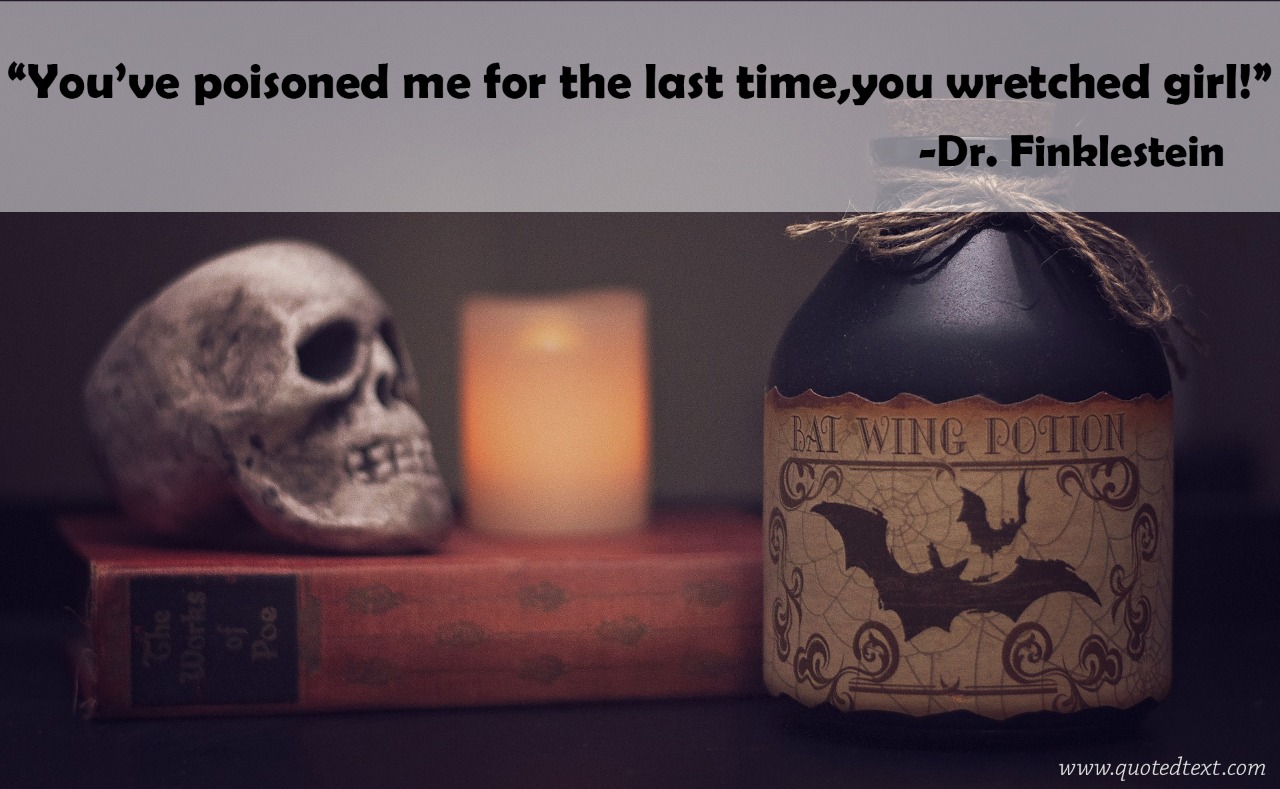 “You’ve poisoned me for the last time, you wretched girl!”
— Dr. Finklestein

This family drama and thrilling adventure film are reasons behind cherishing the Halloween vibes within some of us dark and shady people. Fans enjoy the way it’s filmed in such a way that both children and grown-up adults enjoy the time they watch The Nightmare Before Christmas together. We hope you liked our today’s article on The Nightmare Before Christmas quotes. Let us know your views about this film in the comments below.