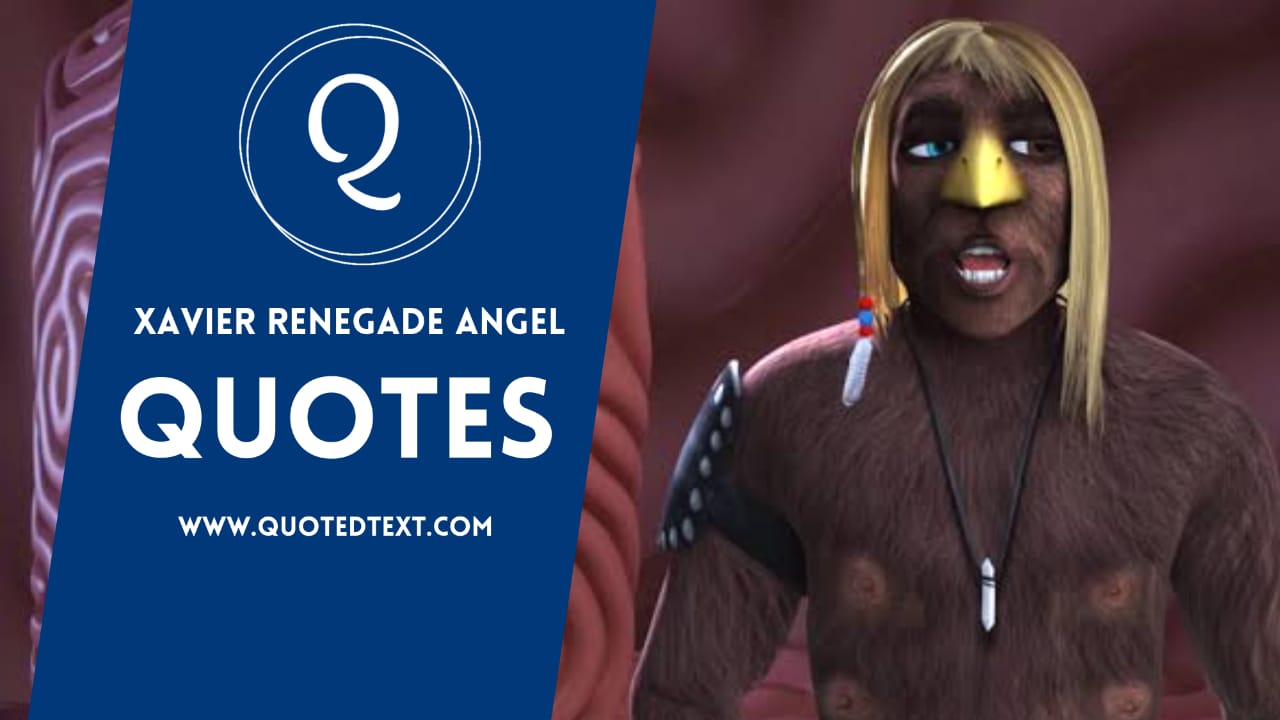 Vernon Chatman’s “Xavier Renegade Angel” is a 2007 American Computerized Uncanny Dark-Comedy starring Xavier The Renegade Angel, clearly as the name suggests. It was quite a fascinating show, unlike any of the regular shows. One had to keep track of the pace it goes with, otherwise it is quite hardly understandable, but that is precisely what made it so intriguing. Despite all the wholesome Dark-Humor it served, Xavier Renegade Angel went quite famous in the initial times of its release since it is so subtle at leaving people’s jaw-dropped out of all the suspense and splendid plotting it holds. In today’s article, we’ll be getting a little deeper insight into the facts this series has to unveil. As usuals, we’ll be looking at some of the most significant Xavier Renegade Angel Quotes.

Xavier Renegade Angel is a Computer generated CGI based Dark-Humor. The show was created by John Lee, Vernon Chatman, Alyson Levy, Jim Tozzi and produced by PFFR along with the cinematic setup. It started to premier from midnight 4th November 2007 and earned tremendous love by fans for more than two years of premiering. Sadly the show was called off by the creatives after its last episode premiered on 16th April 2009. They genuinely wanted it to last more than it could. Sadly they didn’t have many choices but to give their goodbyes to this lovely series. Xavier Renegade was this fantastic and distinctive show because of the way Xavier, the prominent character of the show, is made. He bears this hilarious dark humour and often jokes about things that are quite offensive for the audiences and viewers, yet people love to watch it!

Xavier is a cold and unconscious character who happens to look like a shaman-stray with some misconceptions of grandness. He is the protagonist of the series and has a very immature and sociopathic type of a personality, which unlike any other leading character from other series, is actually on the verge of being the craziest and foolish of them all. Even though his intentions are always to bring positivity into others’ lives, he ends up bringing devastation into people’s lives who are, in some way or another, related to him.

Now the question is, what is it after all the stupidity that made him so enjoyable and fun to watch? Well, viewers often relate to the way the character is designed, and they connect with him. Nobody really cares about his intellect, but how life hits him hard enough, and yet he gets up and keeps moving forward that too, in a humorous manner and without complaining at all.

Chief Master Guru is just like Xavier, another one who looks like a Shaman. He was the one to adopt Xavier when his parents died, and he certainly needed somebody to take care of him. As he grew older, Chief Master Guru enlightened him to learning some magical and metaphysical powers, one of which he could use to heal others with the use of a tool that he called Shakashuri. Besides everything, he can be a little aggressive, harsh, and bullying towards Xavier, but in the end, he’s always got Xavier’s back.

Here’s a list of some famous Xavier: Renegade Angel Quotes we have curated for you. 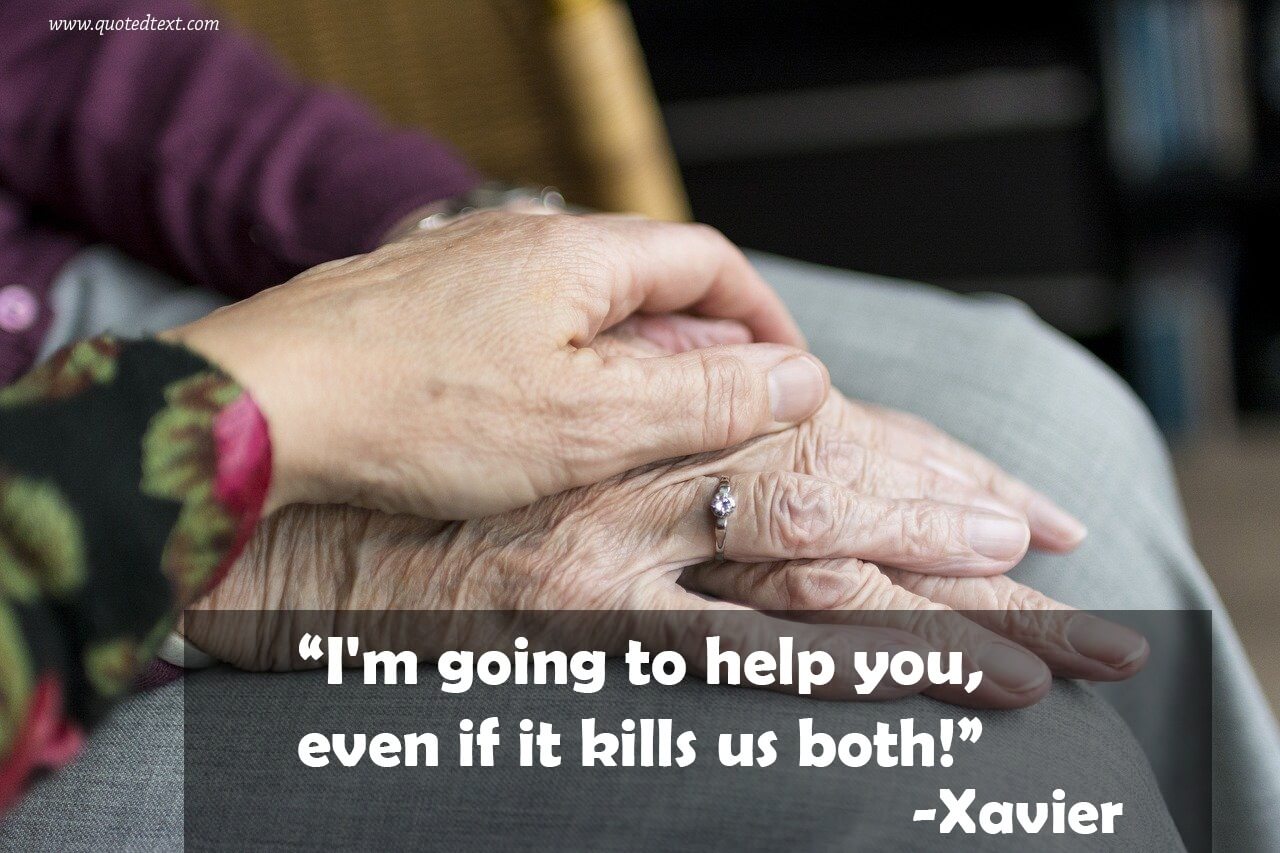 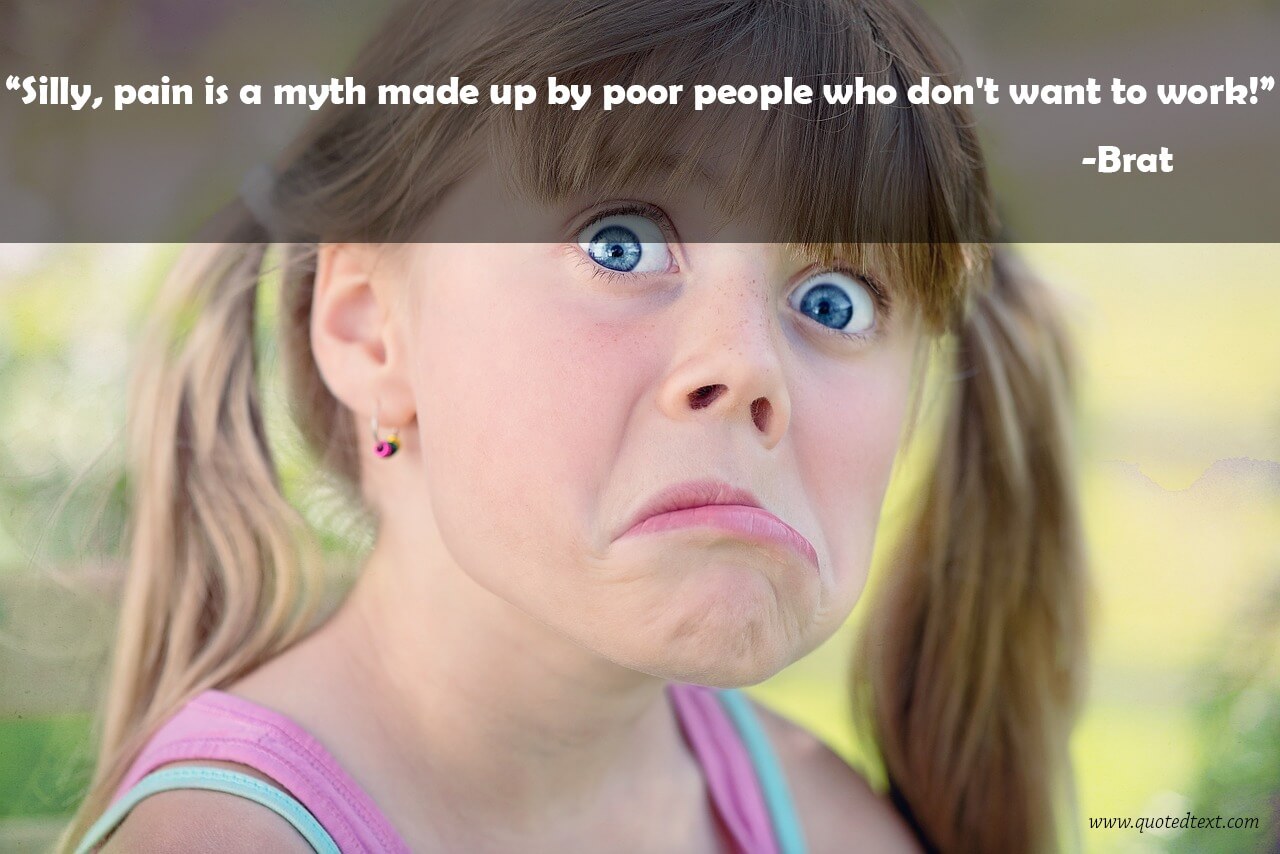 “Silly, pain is a myth made up by poor people who don’t want to work!”
– Brat 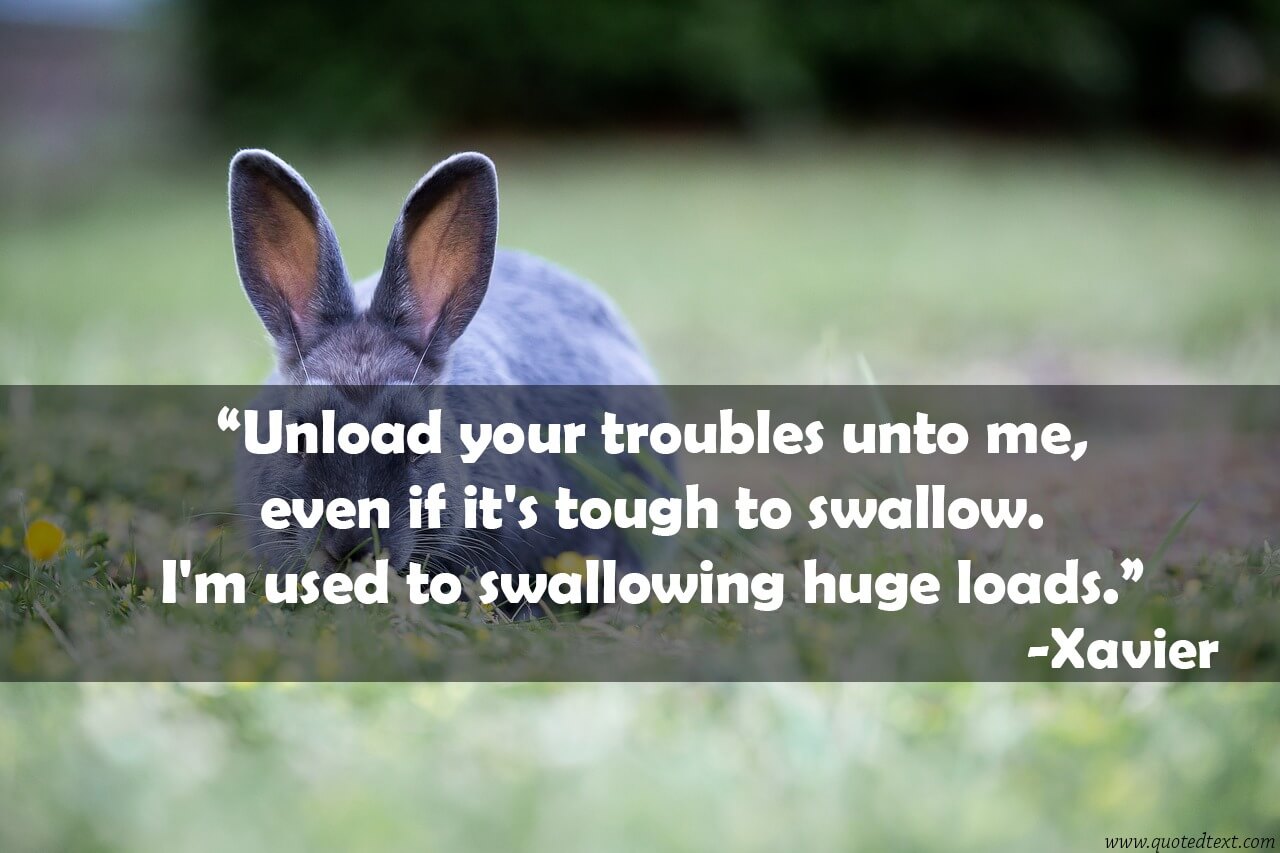 “Unload your troubles unto me, even if it’s tough to swallow. I’m used to swallowing huge loads.”
– Xavier 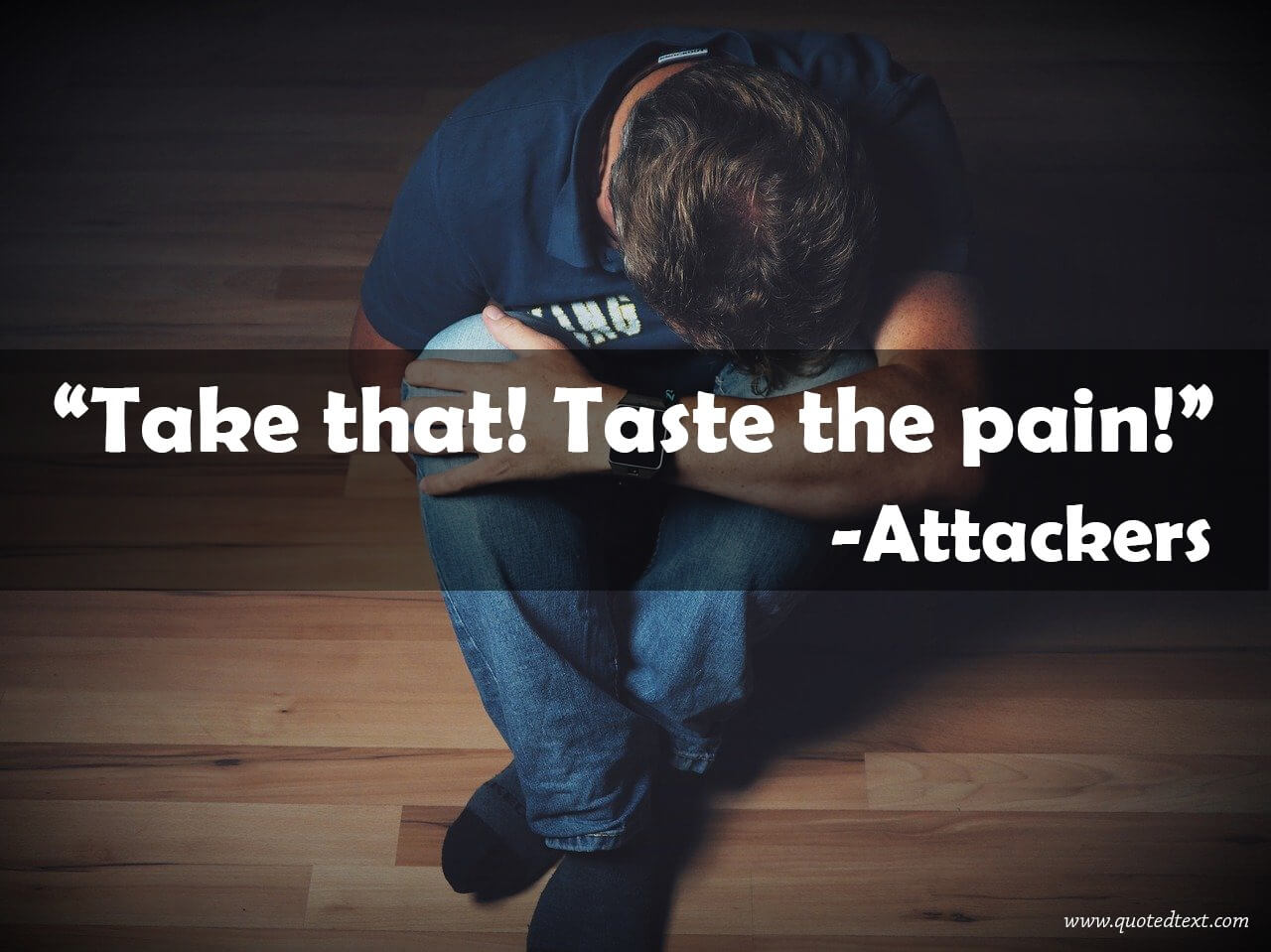 “Take that! Taste the pain!”
– Attackers 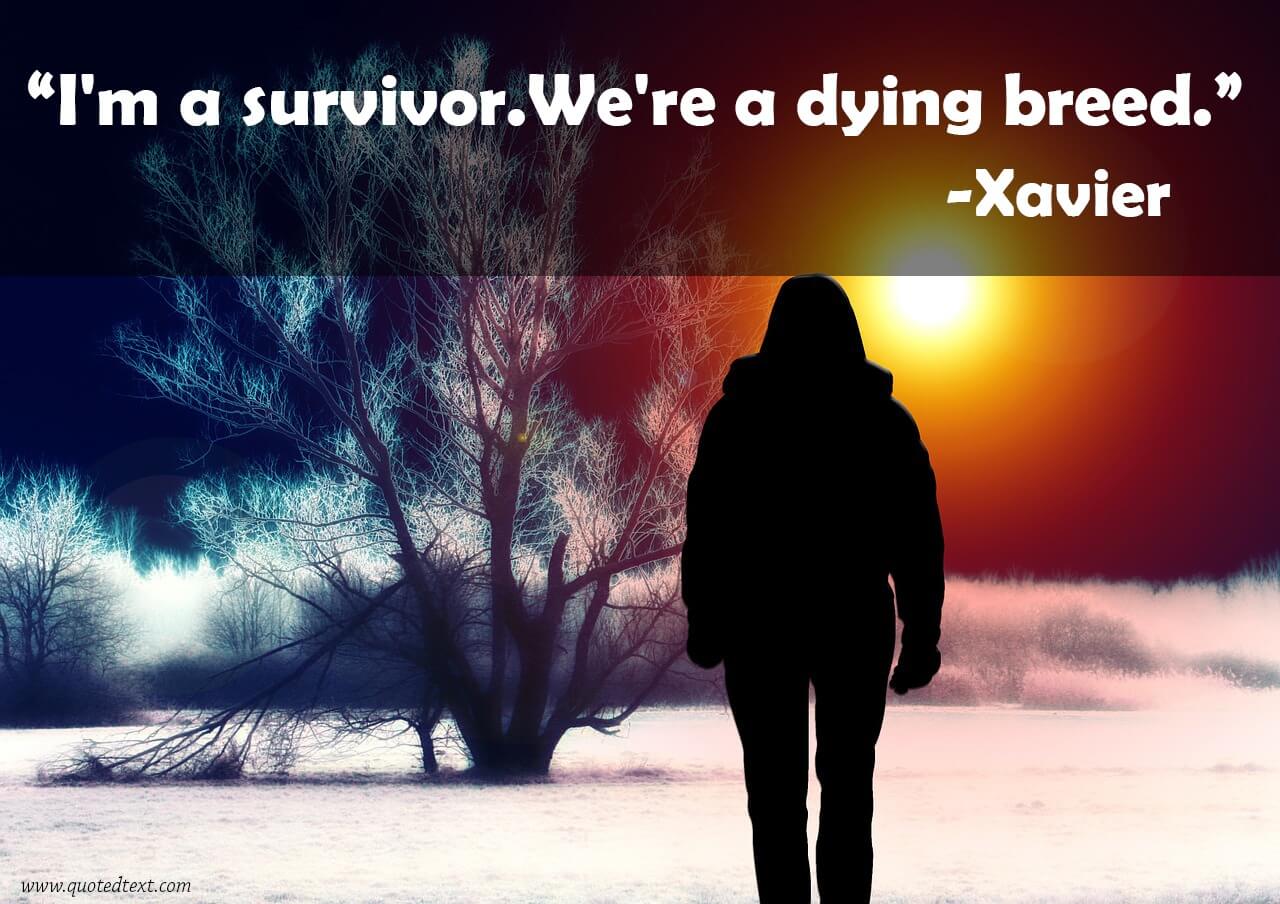 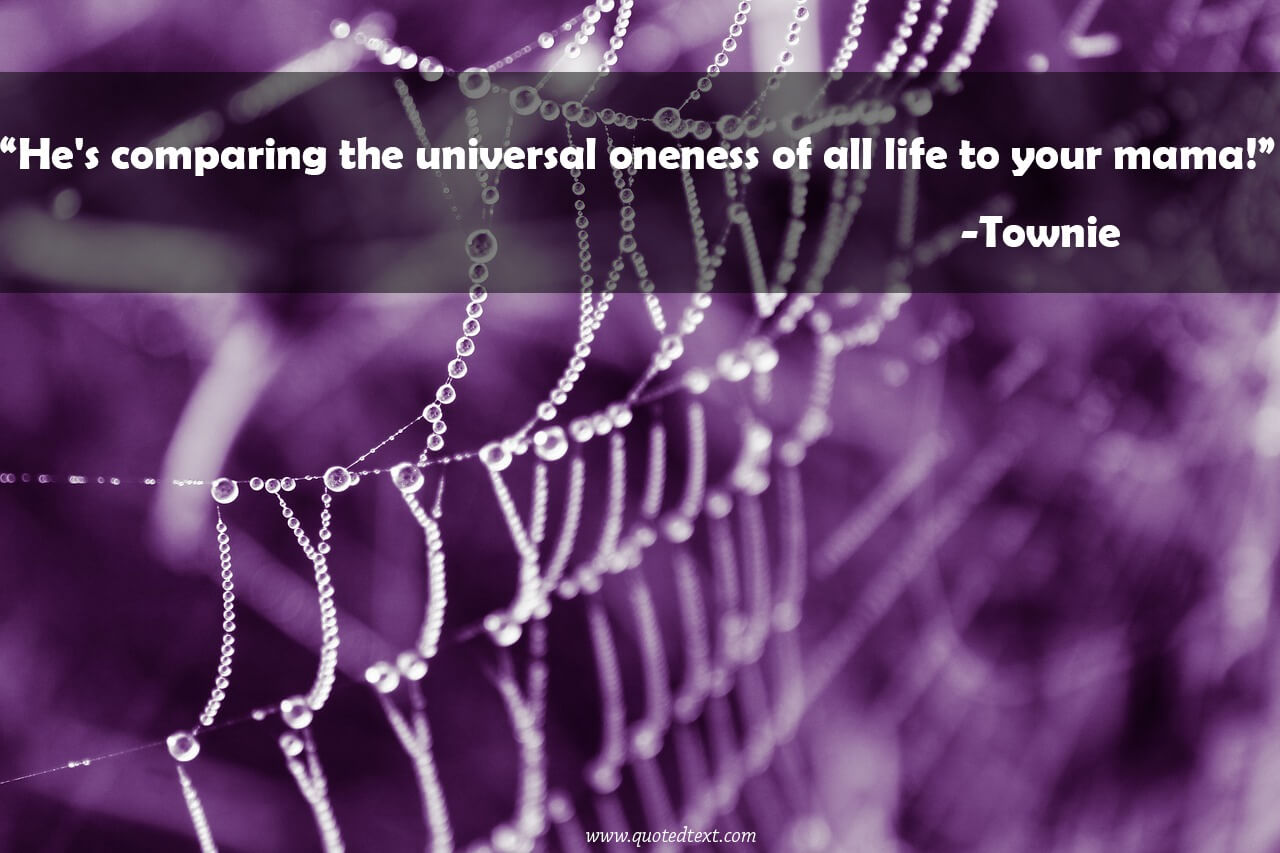 “He’s comparing the universal oneness of all life to your mama!”
– Townie 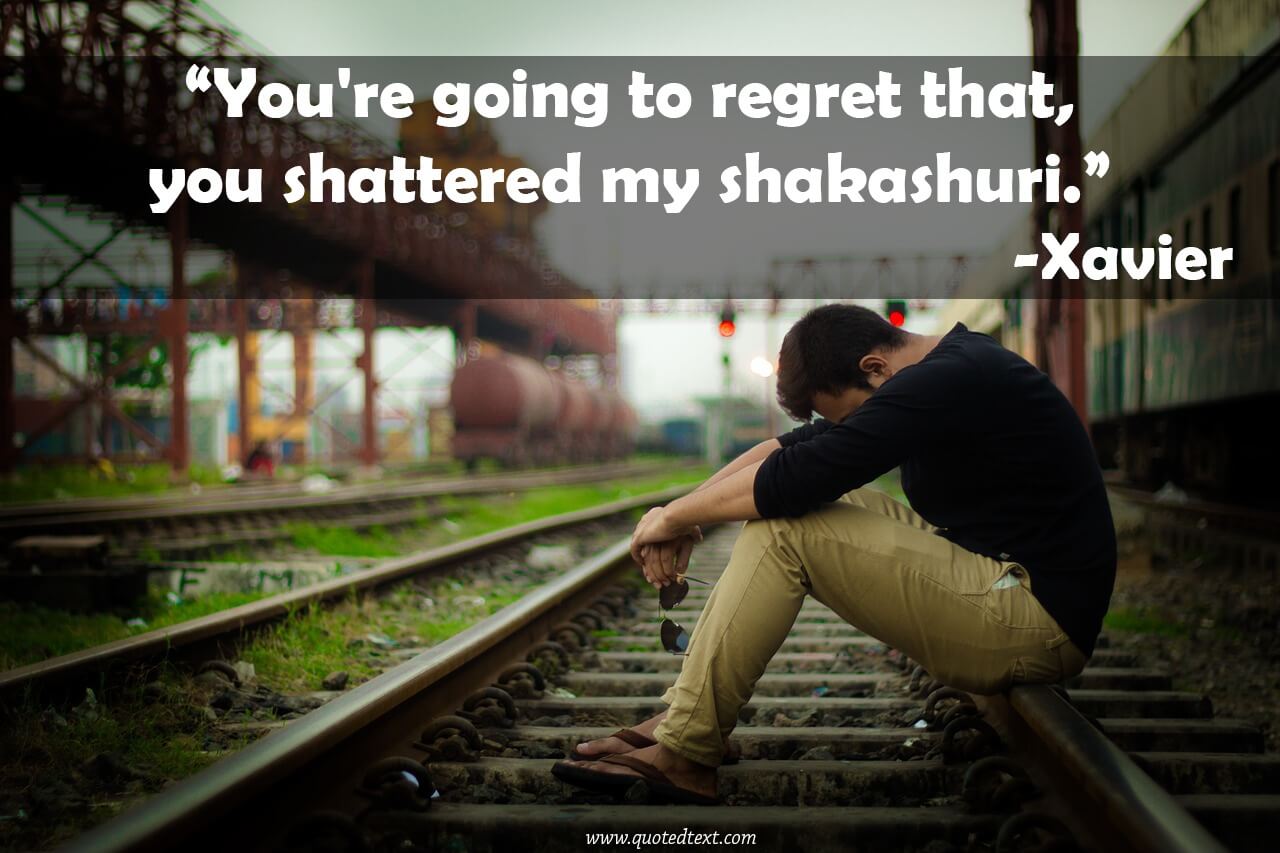 “You’re going to regret that, you shattered my shakashuri.”
– Xavier 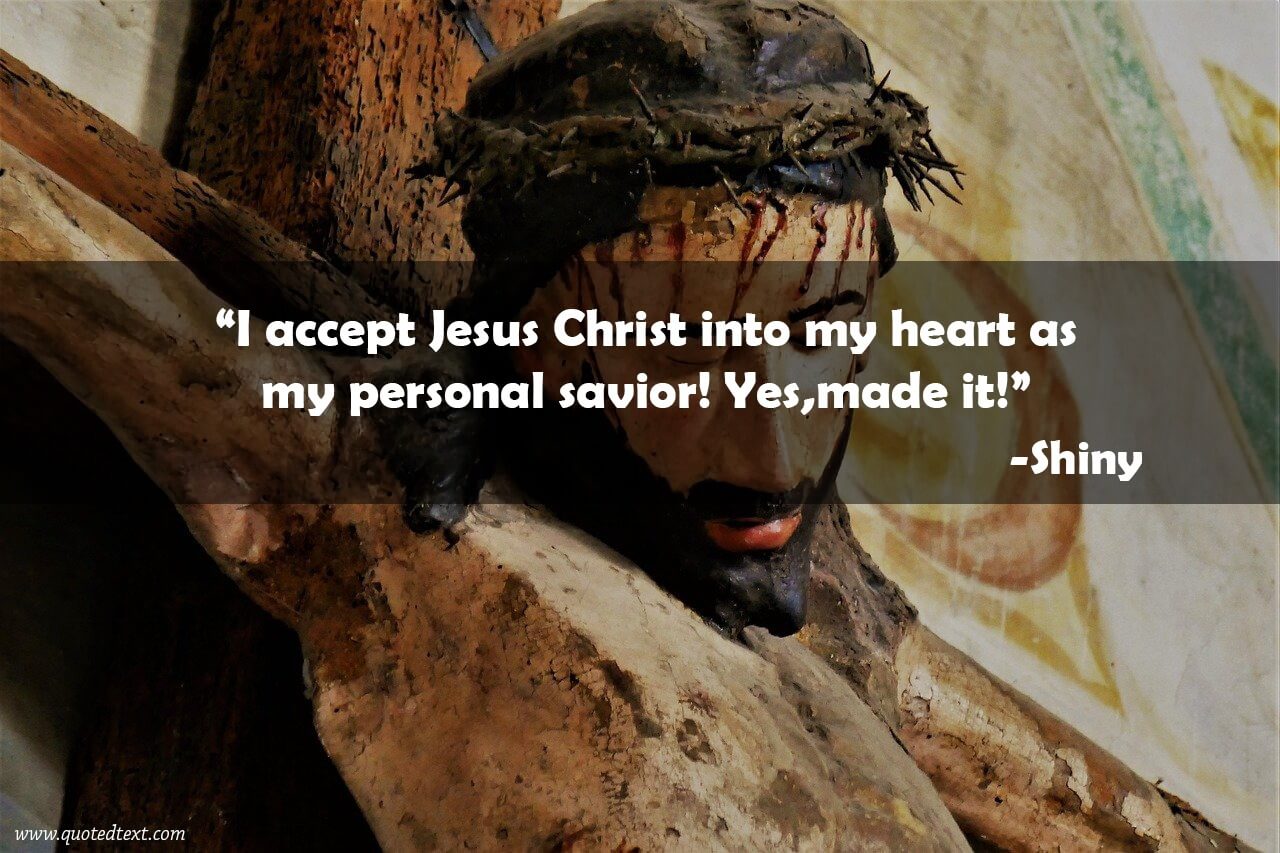 “I accept Jesus Christ into my heart as my personal savior! Yes, made it!”
– Shiny 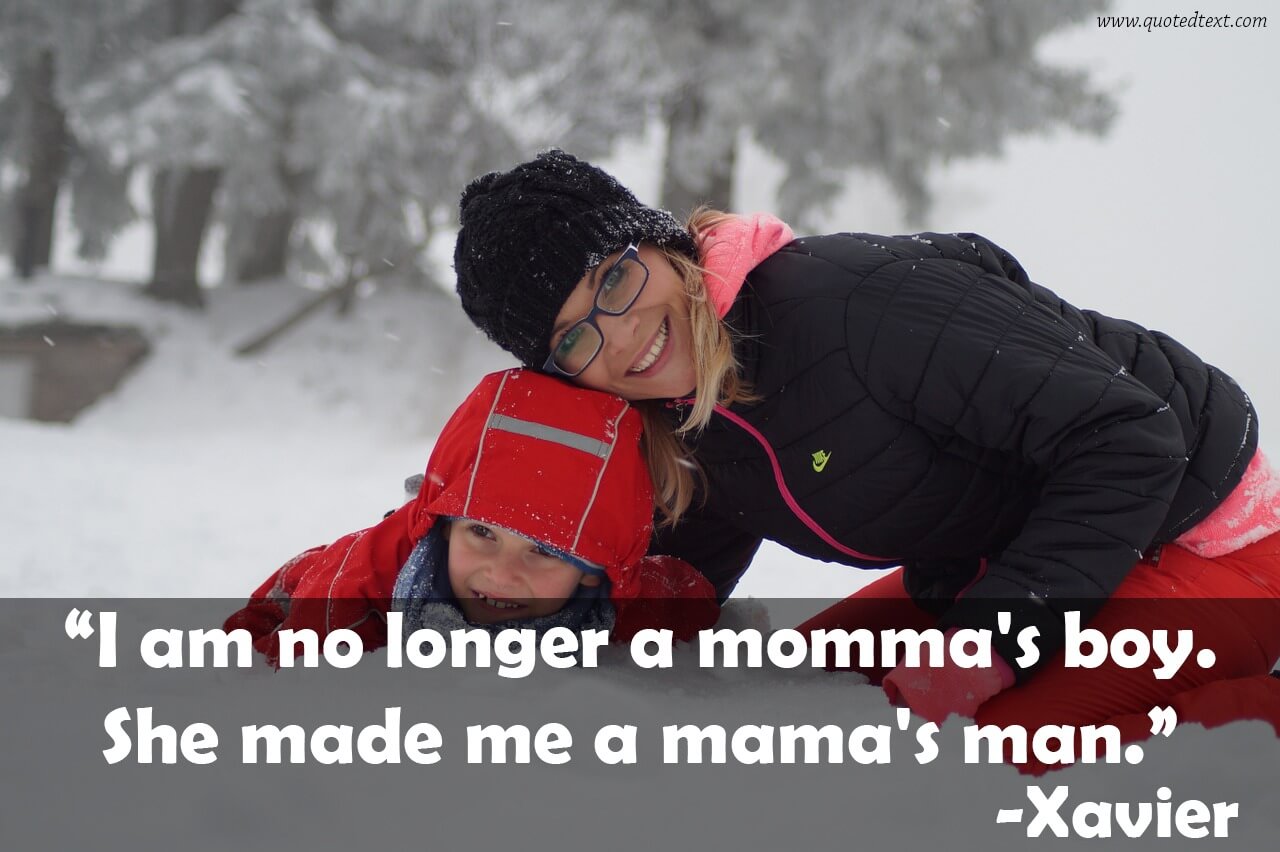 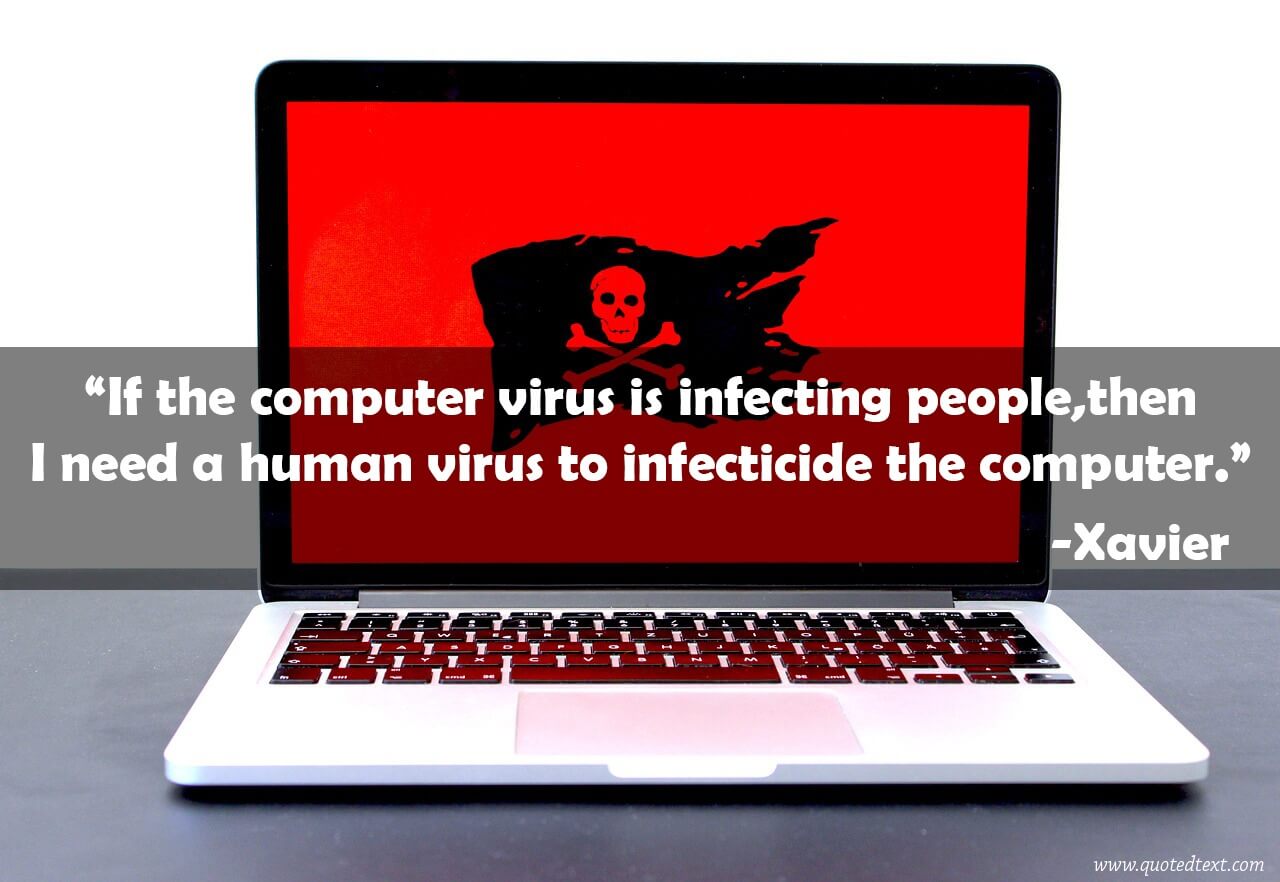 “If the computer virus is infecting people, then I need a human virus to infecticide the computer.”
– Xavier

“Huh, impressive. You have a fresh approach to being normal.”
– Interviewer 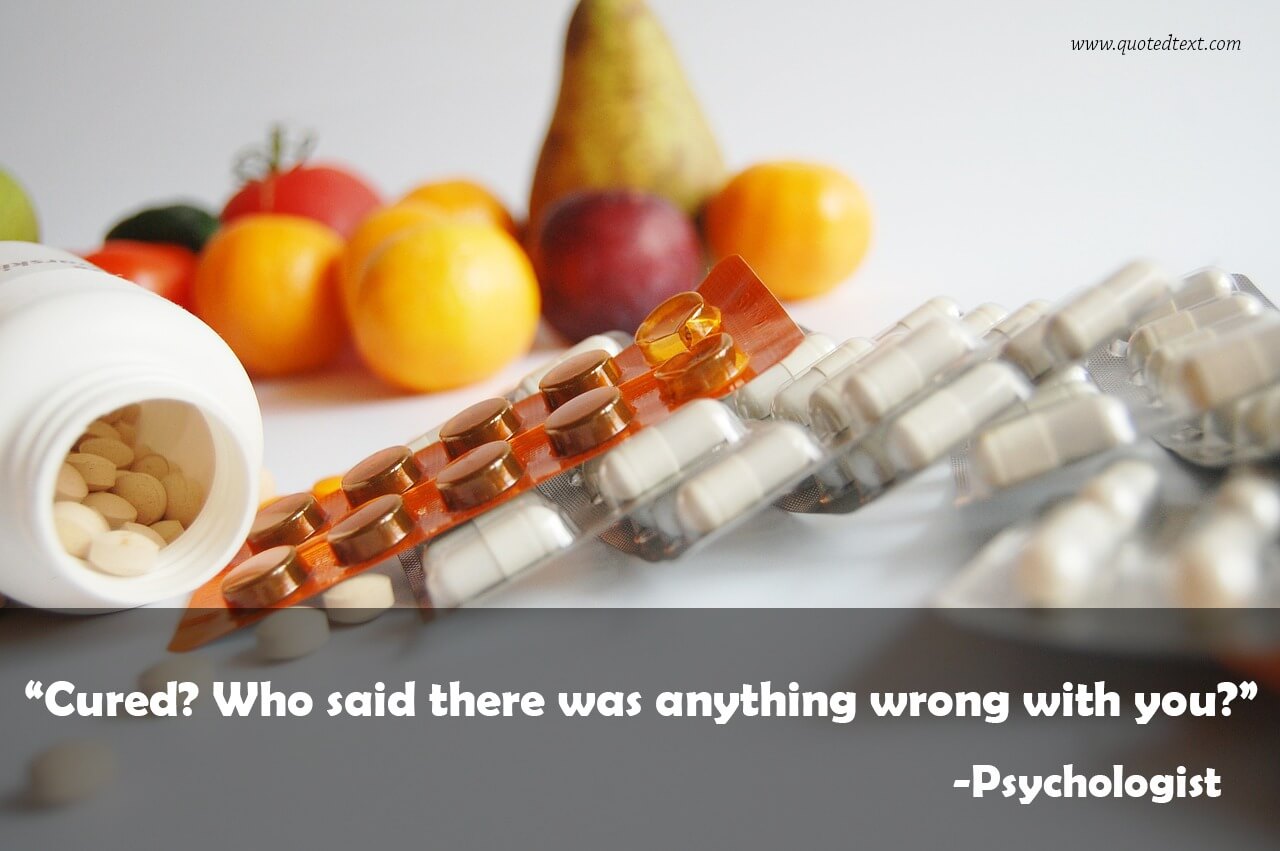 “Cured? Who said there was anything wrong with you?”
– Psychologist 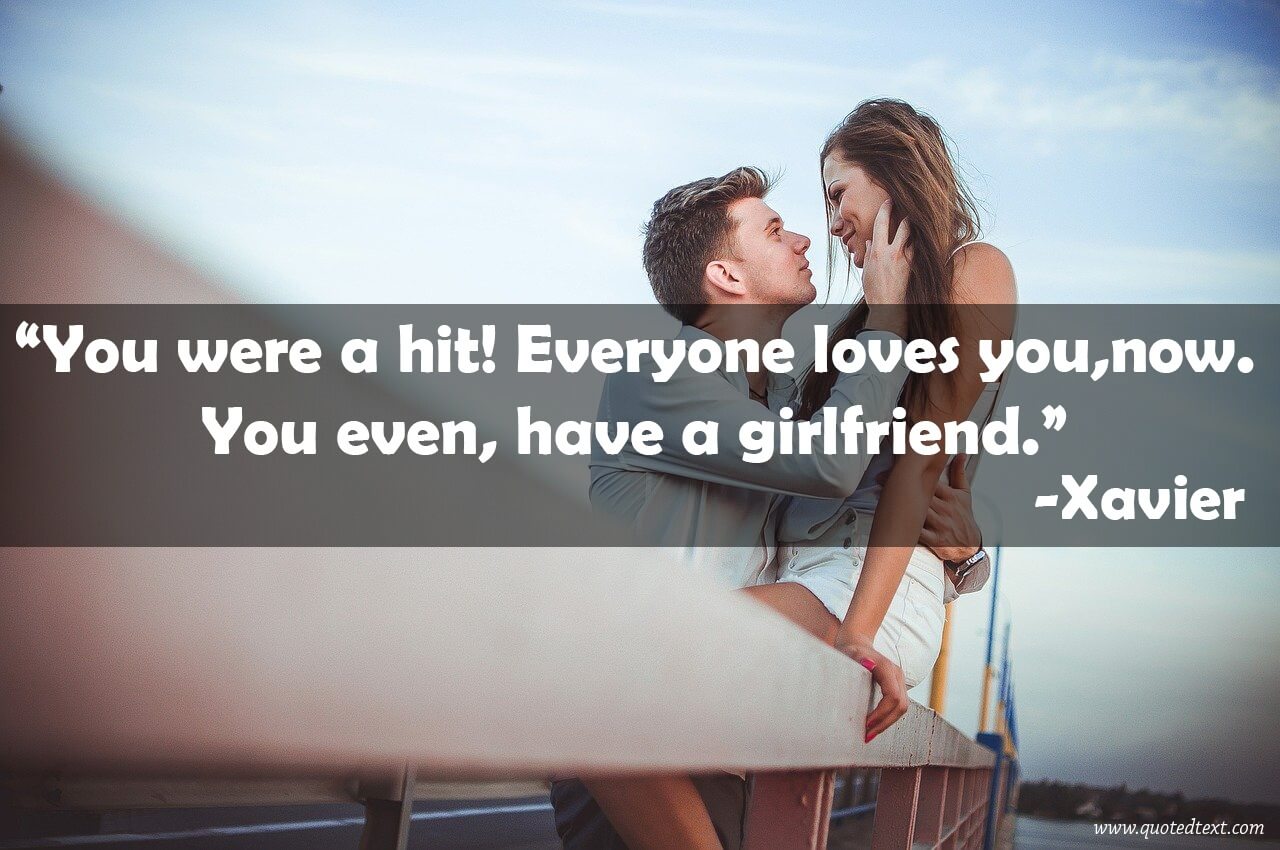 “You were a hit! Everyone loves you, now. You even, have a girlfriend.”
– Xavier

“We prefer the sacred silence.”
– Monk 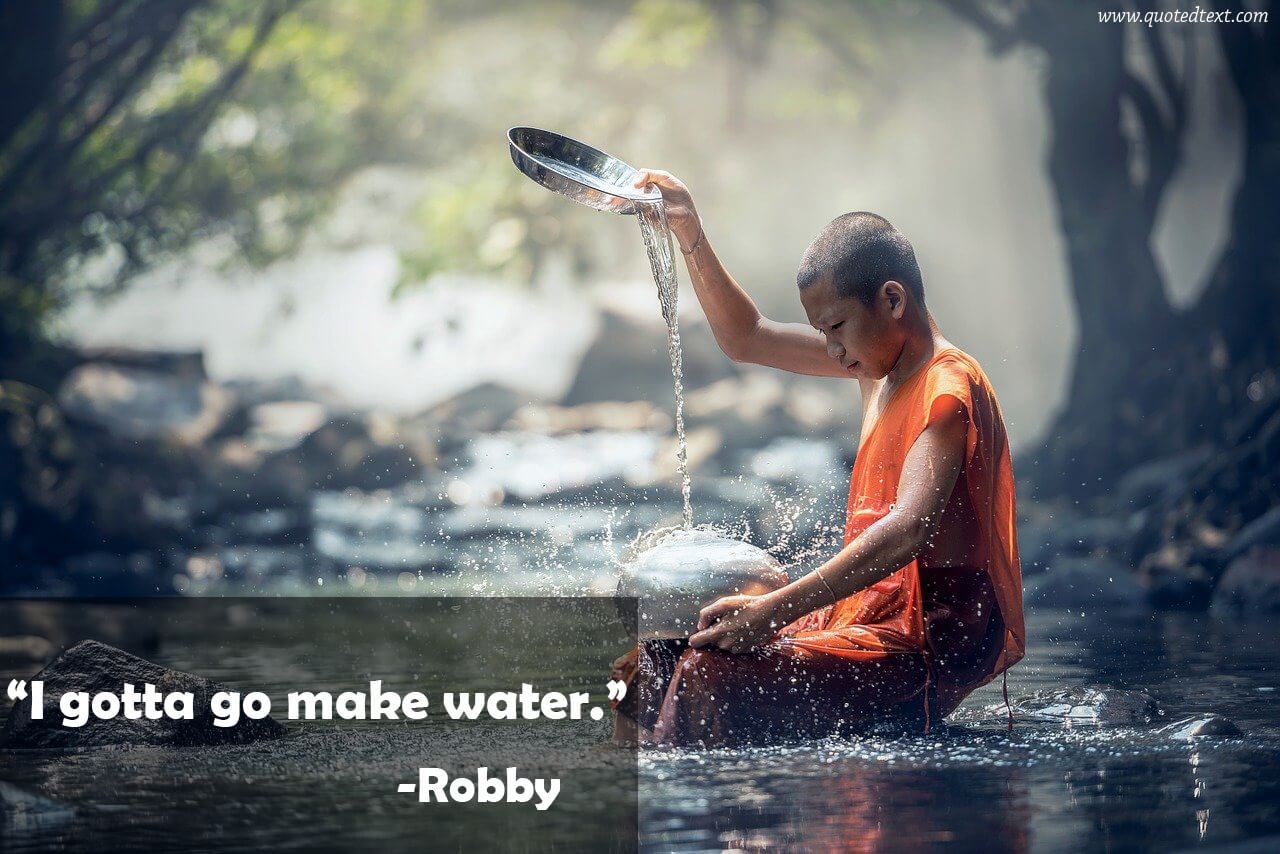 “If you smoke and eat bacon fast enough, you can go back in time.”
– Diner Customer in Thought Balloon 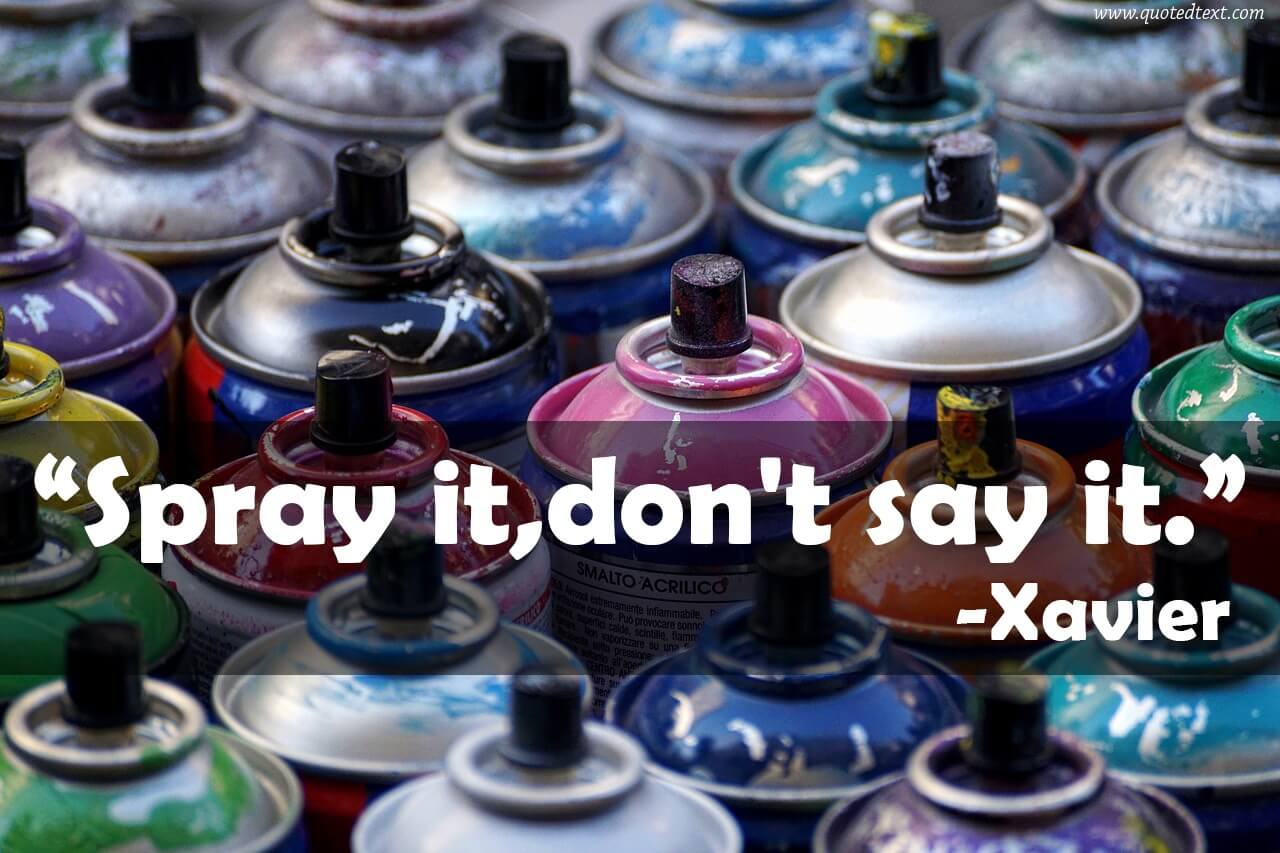 “Powers are for the weak. I have no powers. I mean, unless you count the power to blow minds with my weapons-grade philosophical insights.”
– Xavier 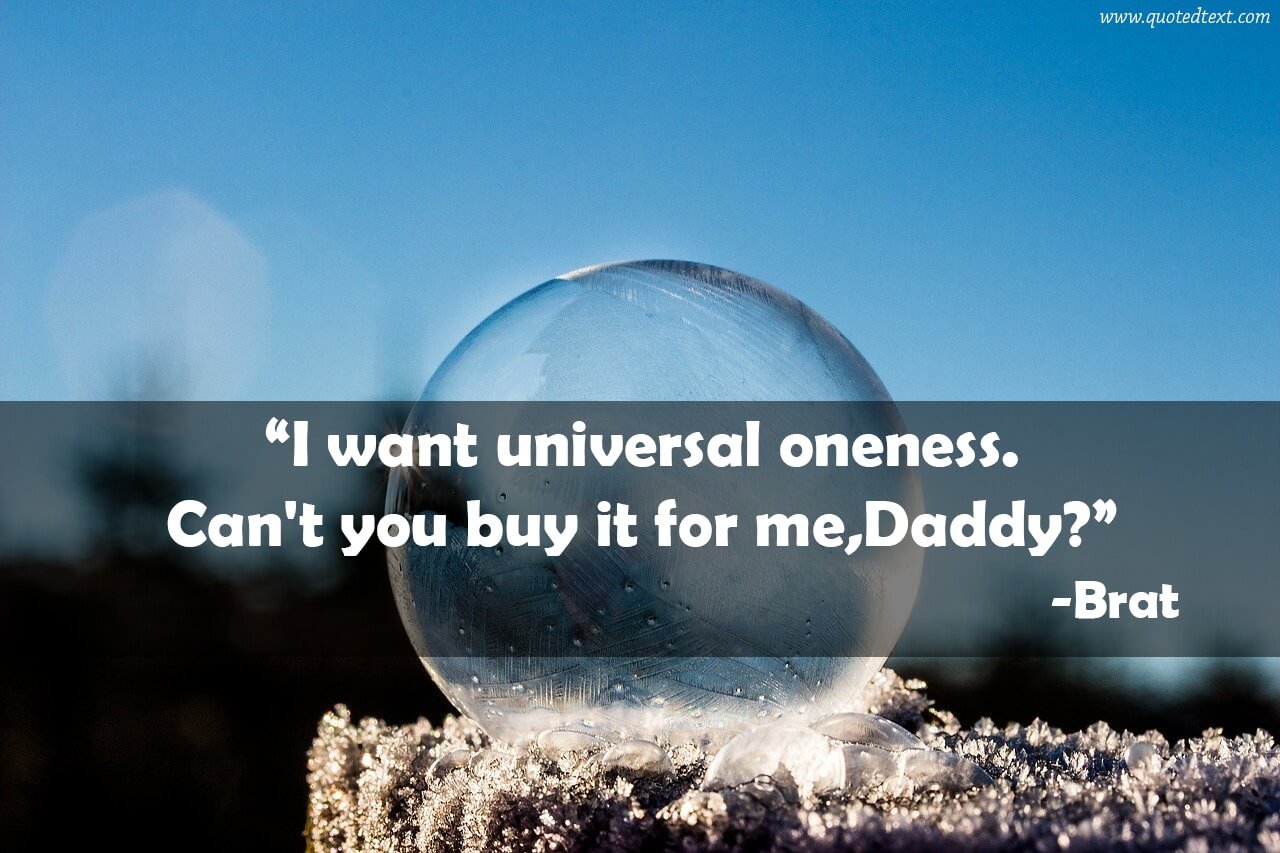 “I want universal oneness. Can’t you buy it for me, Daddy?”
– Brat

“Daddy can’t ever know about my lab. He thinks science is evil, and the Lord heals all.”
– Robby 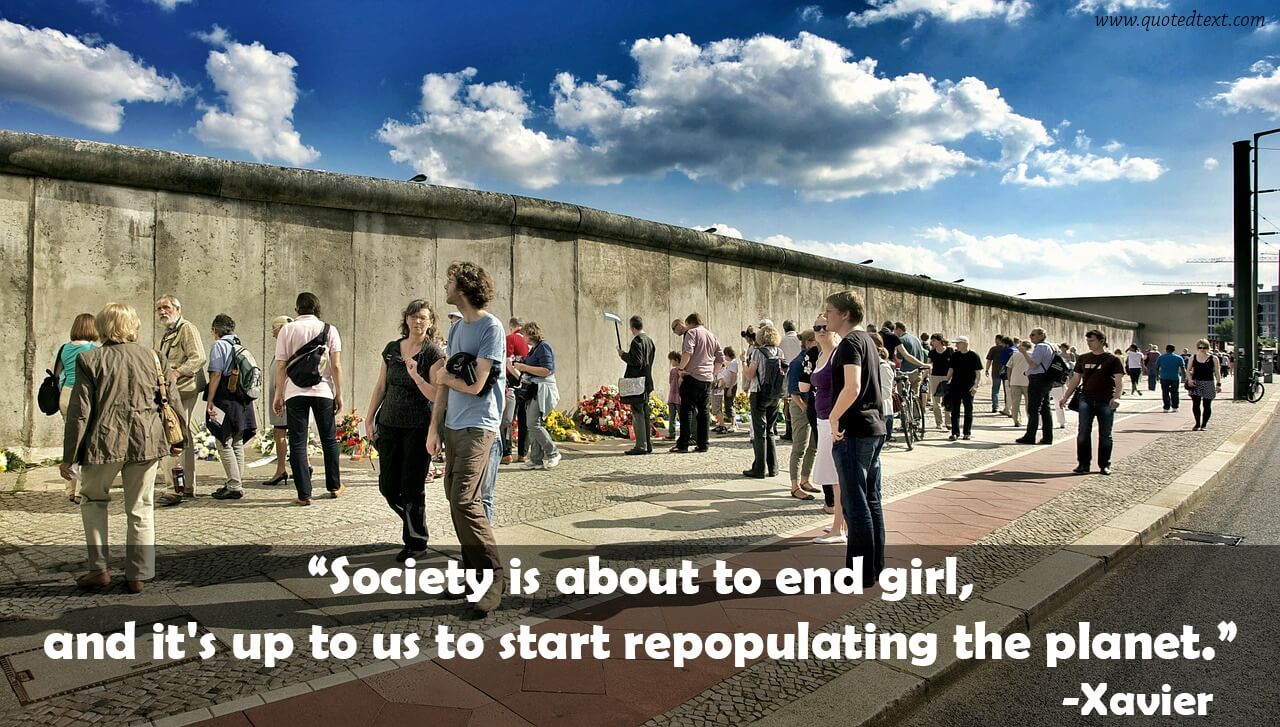 “Society is about to end, girl, and it’s up to us to start repopulating the planet.”
– Xavier

This series accepted fans’ immense love and appreciation, and everybody loved just how it turned out to be. The way they put the dark humour in front of the viewers to reflect all the messages and morals with it was drop-down the best part about this show. We hope you liked our today’s article Xavier: Renegade Angel Quotes. Let us know your views about this film in the comments below.