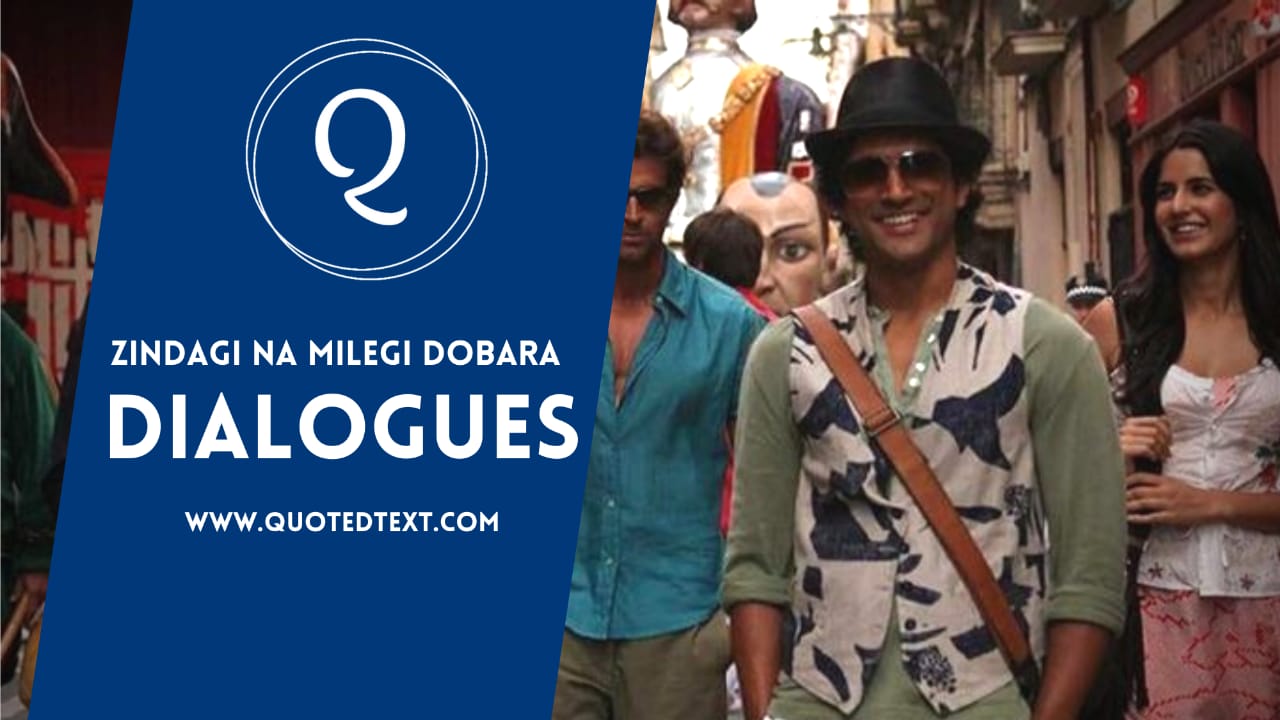 Zindagi Na Milegi Dobara is a Bollywood fun movie that was released in the year 2011. The film was the direction by Zoya Akhtar and produced by Farhan Akhtar and Ritesh Sidwani. The movie is beautifully shot in the US, Spain, Egypt, and India. It starts and revolves around the cast Hrithik Roshan, Abhay Deol, Farhan Akhtar, Katrina Kaif, and Kalki Koechlin. Shankar Ehsaan Loy gave the music for the film, and the lyricist was Farhan Akhtar.

The movie’s plot starts from when Kabir, who is a part of his family’s construction business, proposes to his girlfriend, Natasha Arora. He plans to celebrate his bachelor’s life one last time with his friends – Arjun and Imraan. They have had a pact that whenever they go on a road trip, they will pick up an adventure sport, and all three would participate. All of them go together to enjoy and give justice to the title of the movie.

Arjun, a financial broker and was reluctant to go at first, meets Laila in Spain, who was their instructor at first, but after a while, he falls in love with her. Laila is an outgoing personality who believes life is too short to think, act. She wants to live her best life. She talks a lot and eventually convinces Arjun to change his mind about life because life is more than just earning money.

Kabir, who handled the family’s construction business, has always moved ahead and fast in his life. While everyone thought Kabir and Natasha to be happy about their wedding, the reality came out to be a misunderstanding. They finally realize how they both are not ready to be married right now.

Imraan works as an advertising copywriter. He is searching everywhere to meet his biological father, who is somewhere lost in the vast world. His father left his mother while she was found pregnant with Imraan. Imraan meets his father but doesn’t have a perfect relationship with him. After a while, both of them sort things as much as they can. 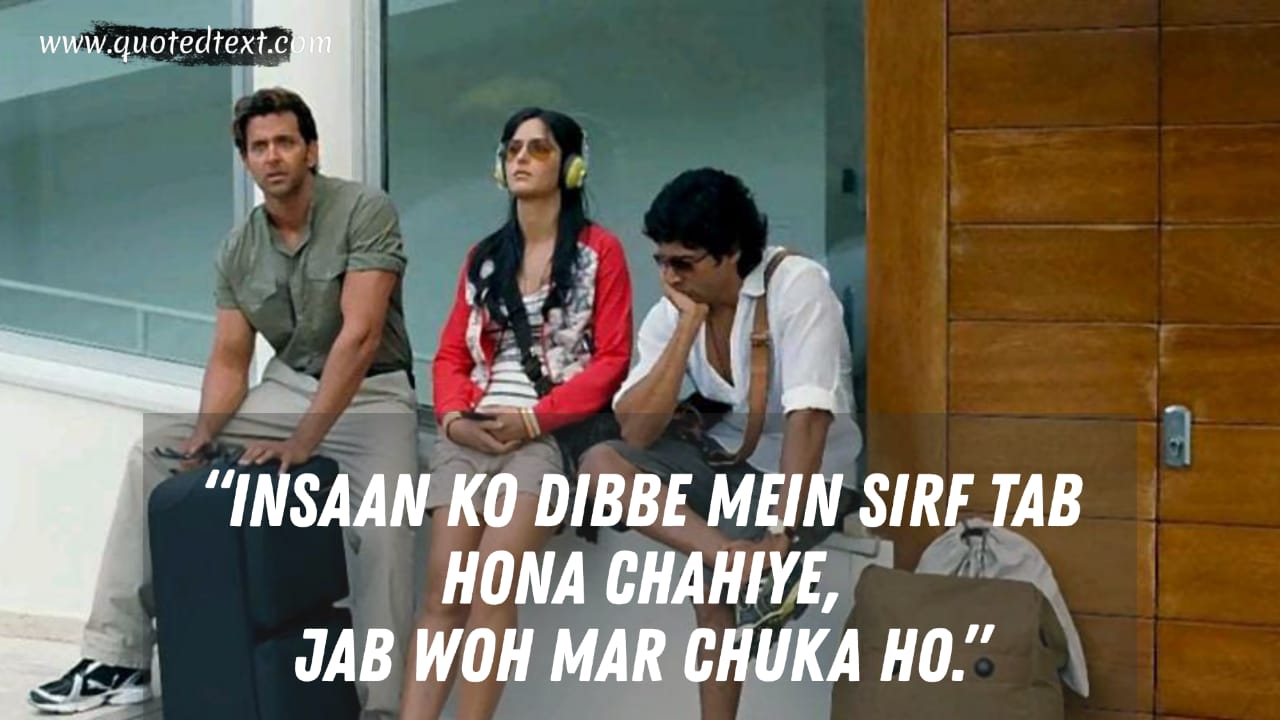 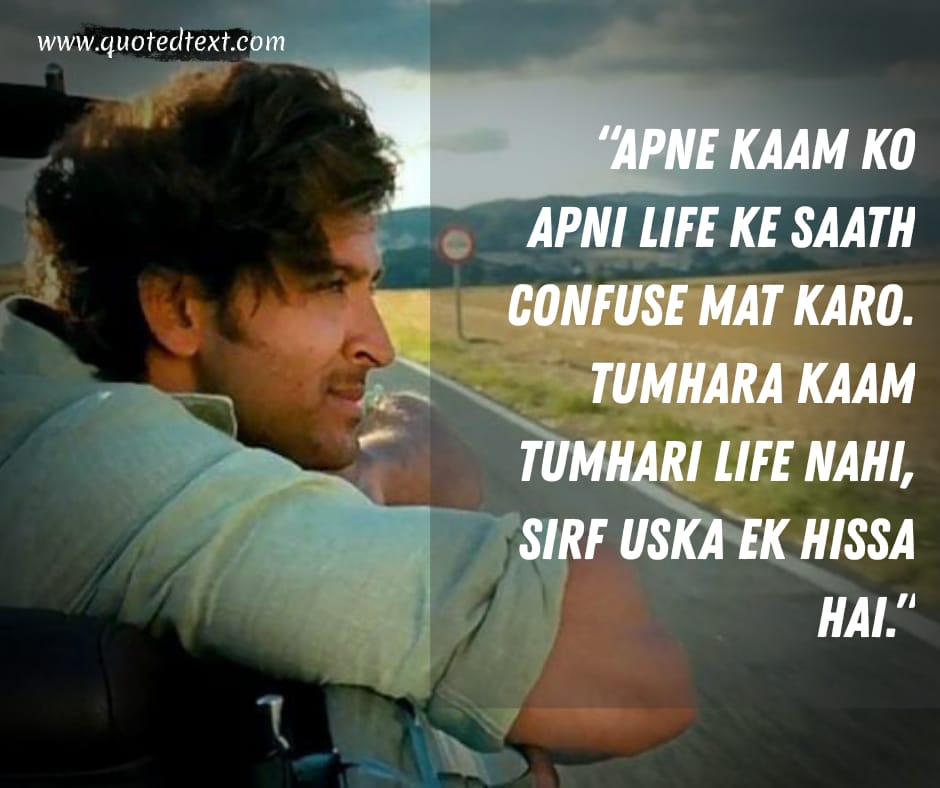 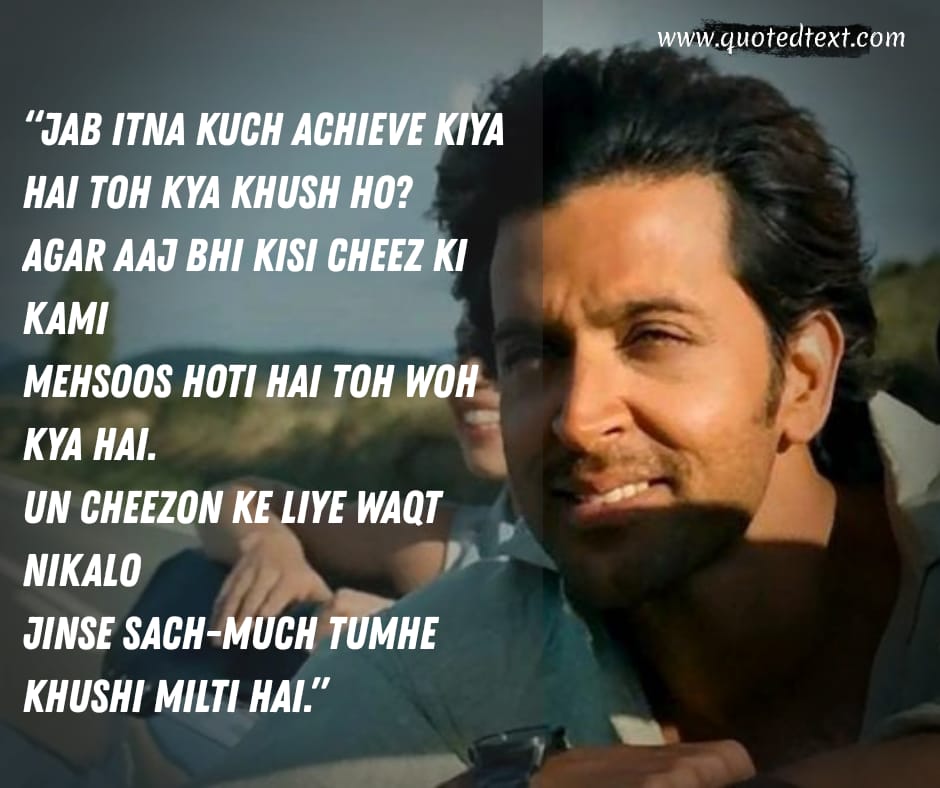 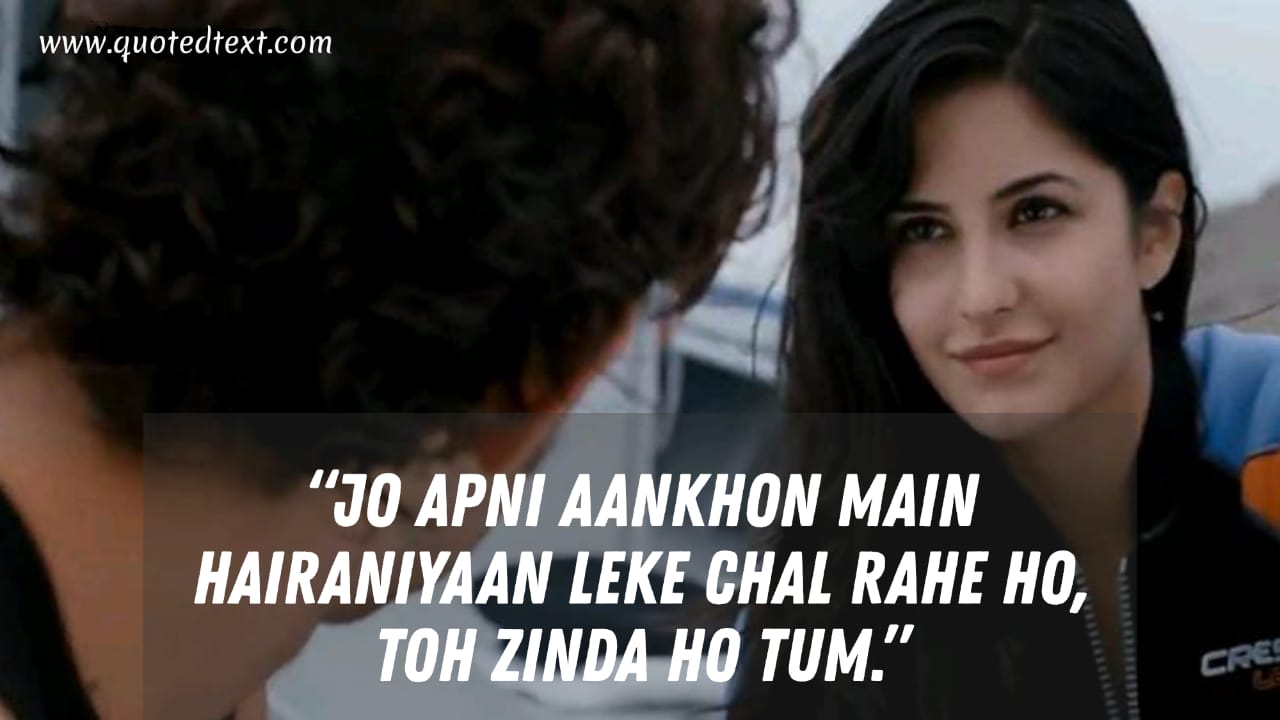 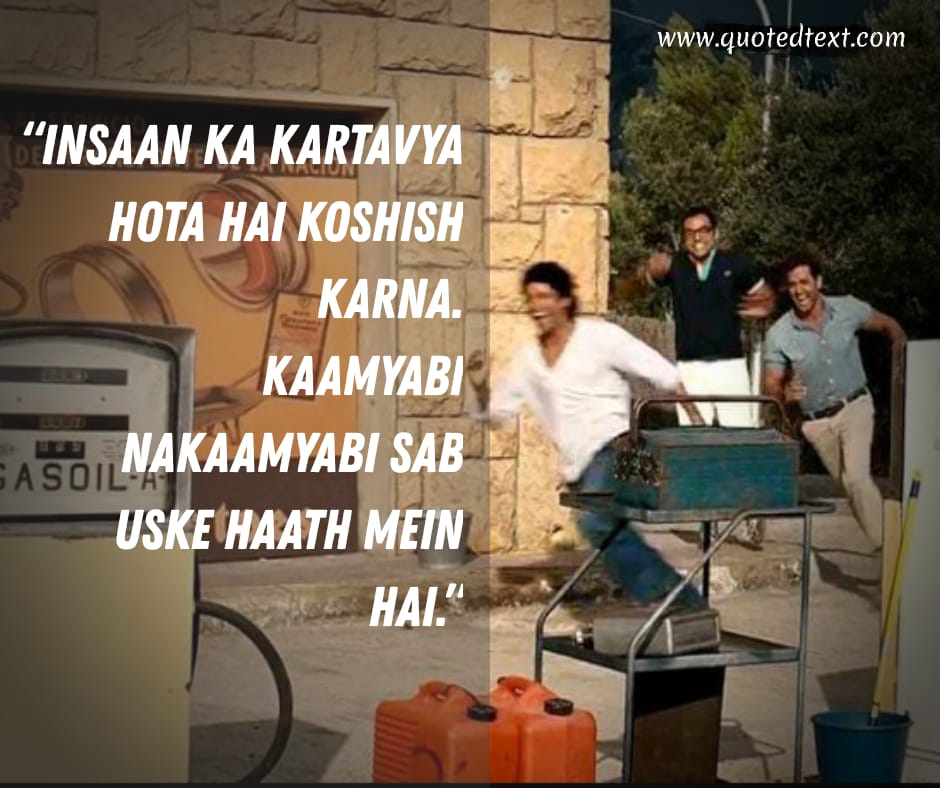 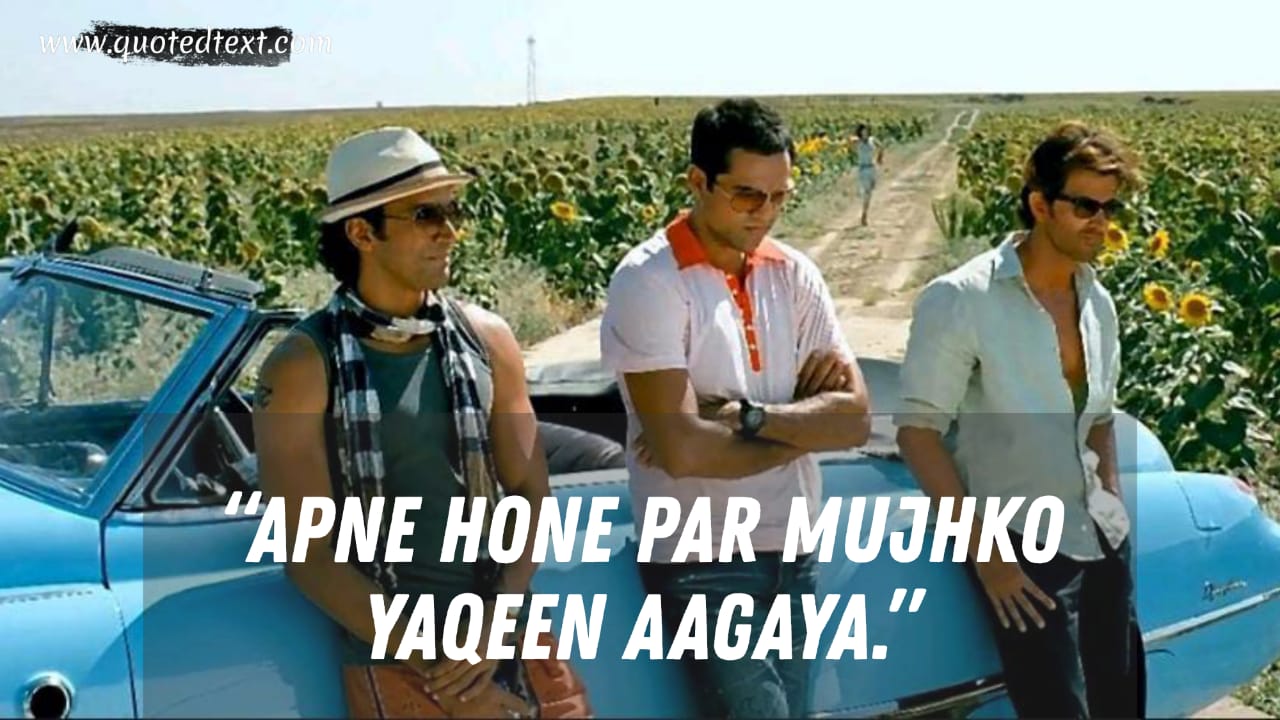 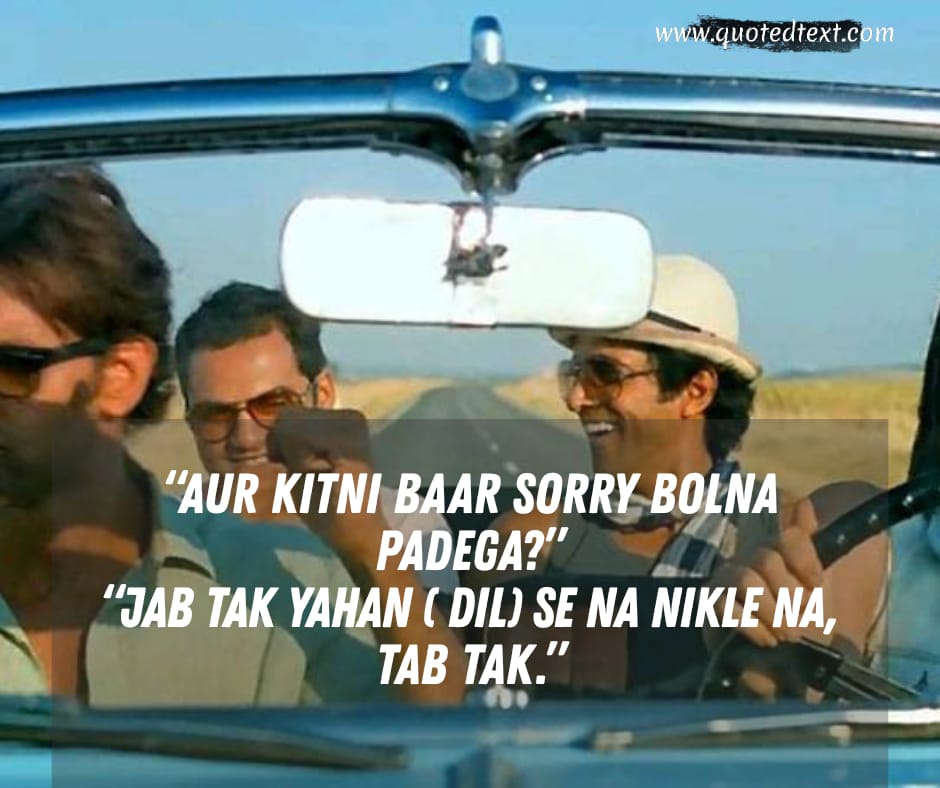 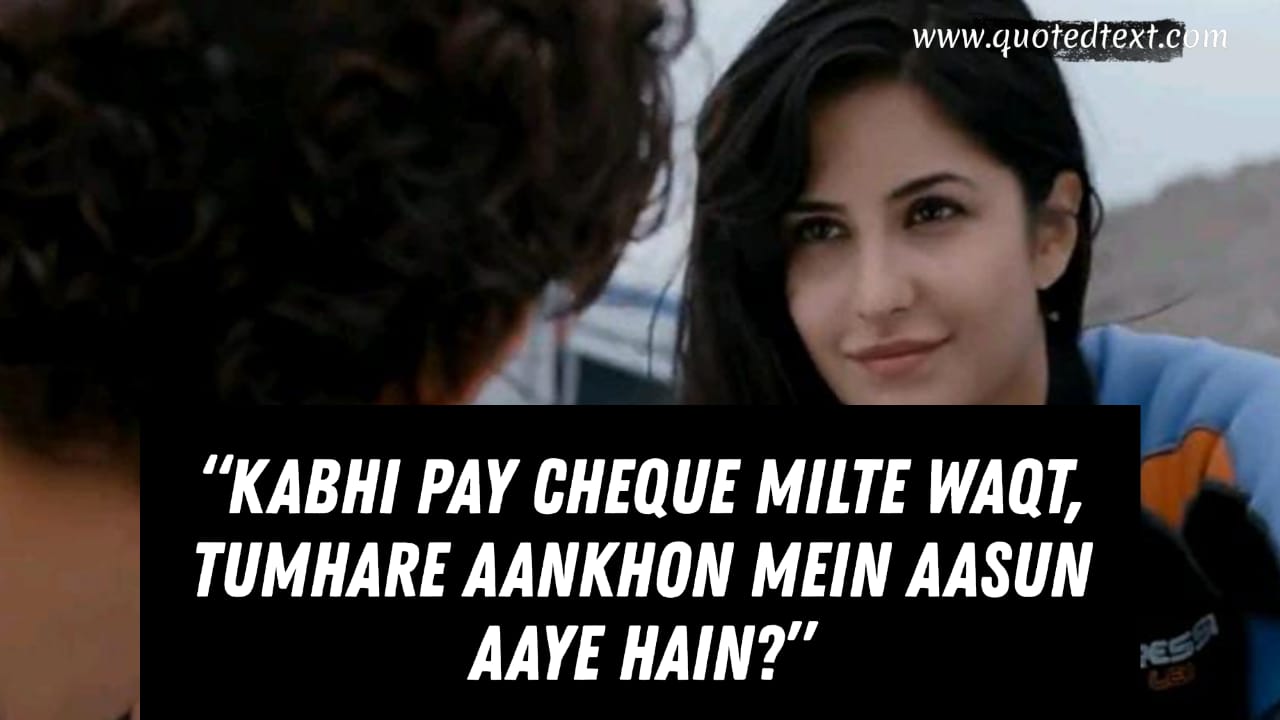 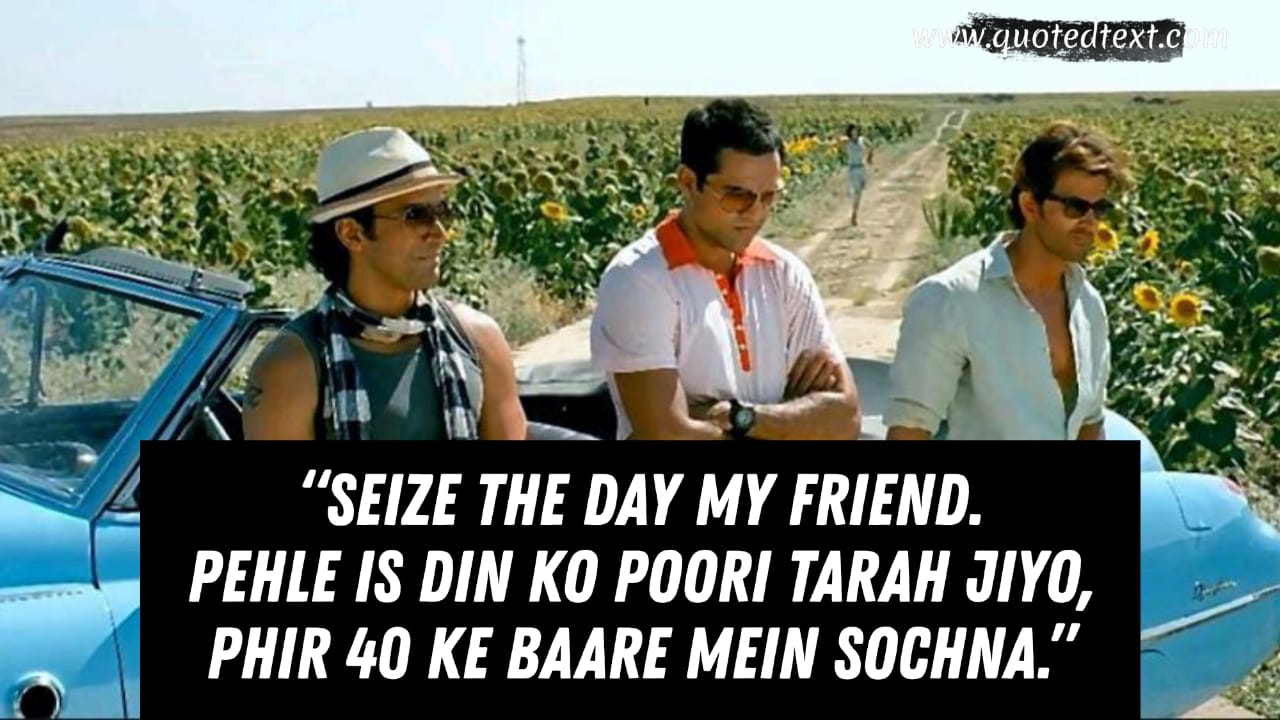 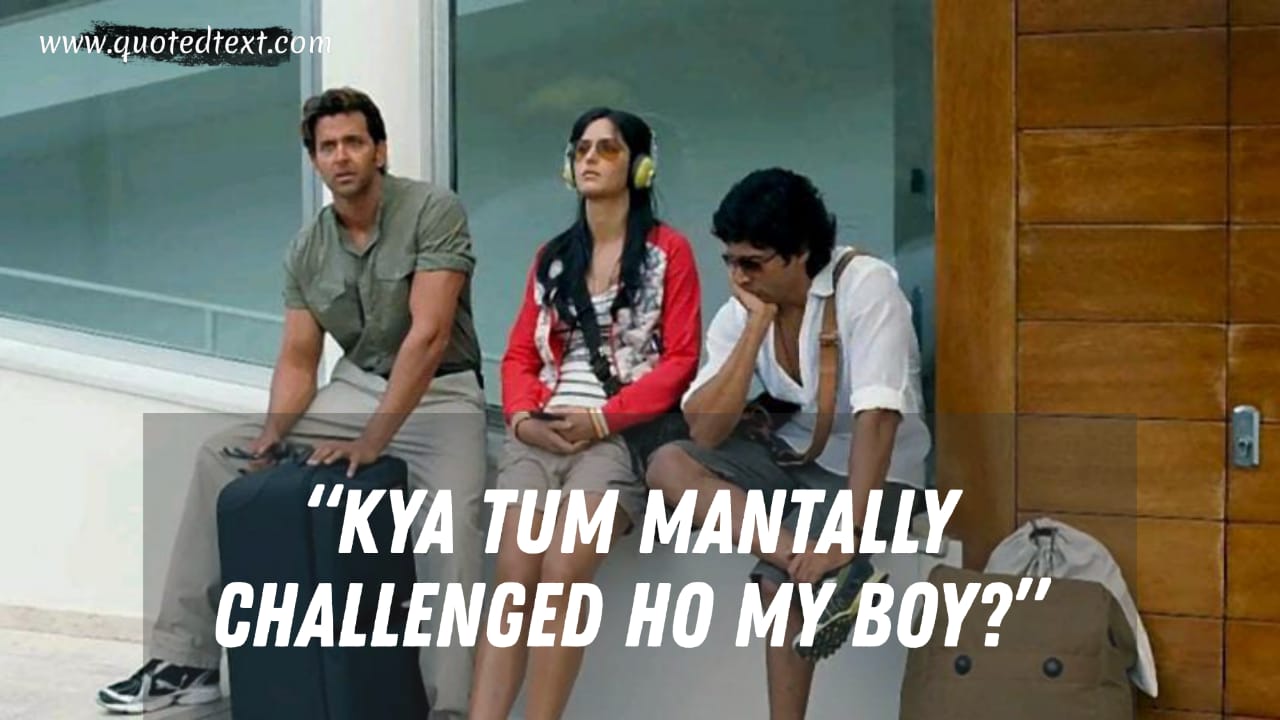 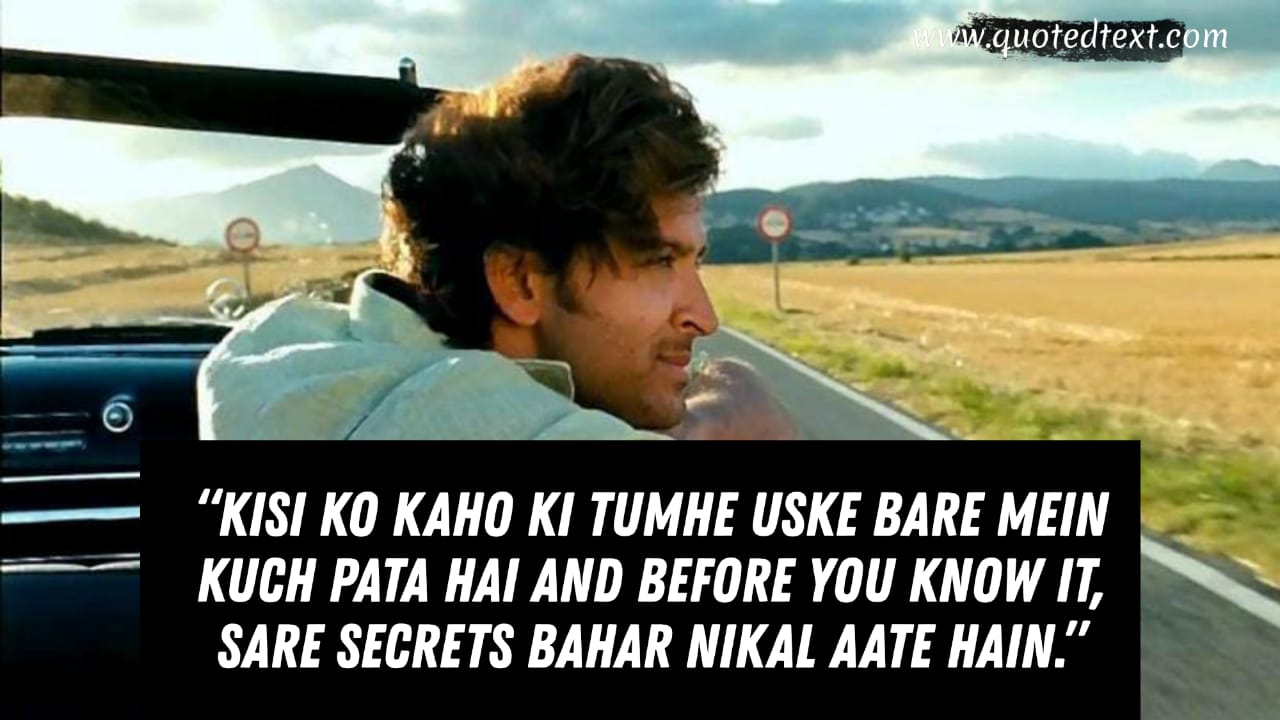 The movie finally ends with everyone learning their lessons. In the credits, Arjun and Laila are seen to be getting engaged. The groups stay together. Zindagi Na Milegi Dobara is a movie that created hype and even after all these years, still winning hearts. All the dialogues from this movie are so heart touching that one can feel it in the bones. All the ZNMD fans, in this article, we have compiled the best of Zindagi Na Milegi Dobara Quotes and Dialogues for you.