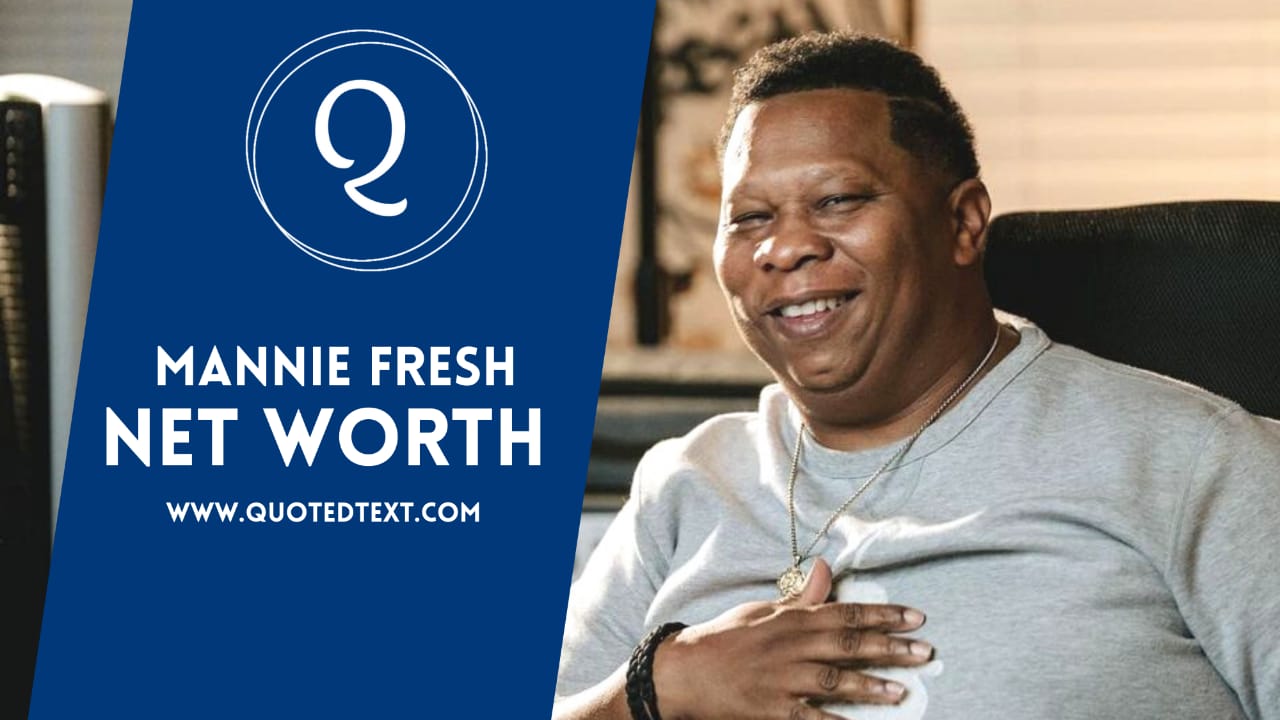 Byron Otto Thomas, popularly known by his stage name ‘Mannie Fresh,’ is an American rapper, DJ, and record producer who hails from New Orleans, Louisiana. He is widely known for his professional career in ‘Cash Money Records’ for more than a decade. He is also known to have experience in the hip-hop duo ‘Tymers’ alongside ‘Bryan Williams.’ Currently, Mannie is running his own company called ‘Chubby Boy Records.’ In addition to this, he has also worked with the ‘Def Jam South company.’ Some of his hit albums include ‘Return of the Ballin’ and ‘The mind of Mannie Fresh.’

Moreover, he has also produced songs for several albums, including 17-multi platinum, platinum, or gold for Cash Money Records from 1998 to 2004. Afterward, he left working with the record and focused on his own company. The famous rapper has also earned one ‘Grammy Award Nomination.’ His unique rapping and DJ skills have amassed him a net worth of $15 million as of 2022.

Mannie Fresh was born on 20th March 1969 in New Orleans, Louisiana, United States of America. He was raised by his father, DJ Sabu, a well-known producer and mother who worked as a teacher. According to Mannie, his father has been a great inspiration for him and has motivated him to pursue a professional career in DJ and music. The famous rapper belongs to an African-American ethnic background and has completed his education at the Joseph S Clark Preparatory High School.

He spent his childhood with his sister Angela Bryant who suffered a tragic death at 42. In 2007, she was found dead in her home in New Orleans. The reason for her death is still unknown. Besides this, Mannie Fresh has shared minimal information regarding his family. He is also known to have a close bond with famous rapper Lil Wayne.

Mannie Fresh had deep inclinations towards music from a very young age. He started his career as a DJ when he was just 15 years old. As his father was associated with music, Mannie received full support and inspiration to pursue DJ as a professional career. Later on, he collaborated with a well-known rapper MC Gregory D who also hails from New Orleans, Louisiana, United States of America. The duo released their first album in 1987 titled ‘Throwdown.’ MC Gregory D was the rapper in the video, while Mannie was responsible for handling the record production work.

Followed by this, Mannie and Gregory released the other two albums later on. In 1993, Mannie signed a contract with Bryan Williams as he was offered a better deal, after which his partnership with Gregory came to an end. He started working as a producer for the record label ‘Cash Money Records.’ During his work at the production company, Mannie got an opportunity to associate with various great celebrities such as Juvenile, Lil Wayne, B.G, and Turk. Later on, Mannie composed ‘Big Tymers’ along with Bryan Williams; with immense hard work and efforts; the team received a lot of appraisal from the people for their back-to-back hit music. Together, they released five albums which helped them to grab the limelight.

In 2004, Mannie received one of the most significant opportunities of his life. He produced his first-ever solo album titled ‘The mind of Mannie Fresh,’ which received a massive appreciation from the audience. The famous single ‘Real Big‘ was featured in the album, which came out as a big success. Real Big grabbed the 72 positions on the Billboard Hot 100, which is an outstanding achievement. However, in 2005 Mannie’s work with Cash Money Records came to an end due to some financial issues. Currently, he is working with Def Jam South and Chubby Boy Records. Later on, in 2009, Mannie produced another album that featured celebrities such as Rick Boss and Lil Jon.

Net Worth and Achievements

“Music is all I know.”― Mannie Fresh

“With time, everything changes. I know I’m not the same person who I used to be. I totally get that.”― Mannie Fresh

“My dad is my biggest fan.”― Mannie Fresh

“I can see how paperwork and foolishness can destroy something.”― Mannie Fresh

What do you think about Mannie Fresh’s Net Worth? Leave a comment below and tell us your views.