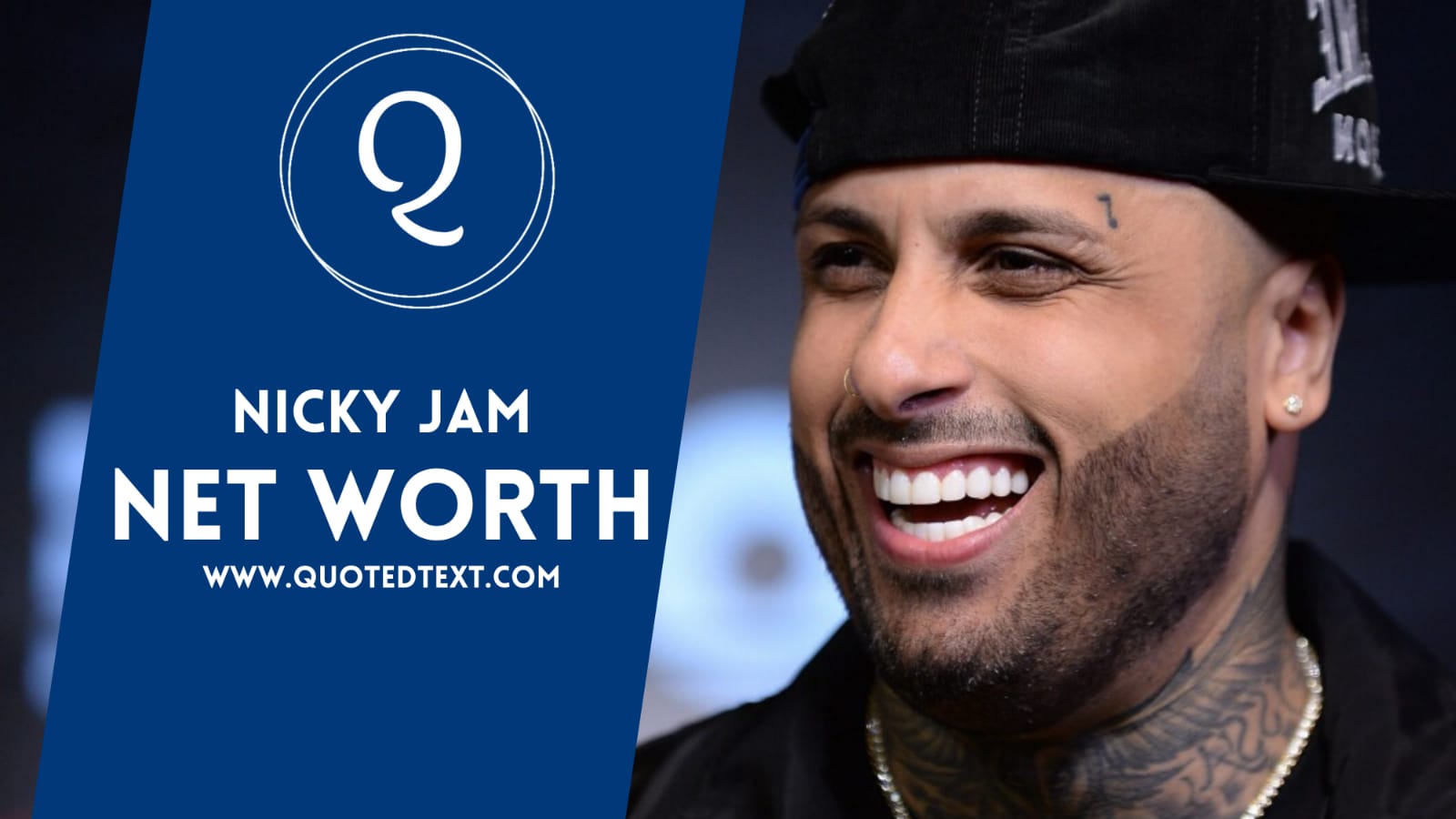 Nicky Jam is a famous singer and songwriter who hails from Boston, Massachusetts, United States of America. He is best known for composing and writing songs based on the Urbano genre. His popular hits include ‘X,’ ‘Travesuras,’ ‘En La Cama,’ and ‘Te Busco.’ He also collaborated with some of the most famous artists, such as J. Balvin, Daddy Yankee, Ozuna, and Anuel AA. His solo and collaborations have proved to be a hit, including ‘Fenix,’ which gained massive popularity. In addition, he amassed international fame after performing at the ‘Live It Up’ theme of the 2018 FIFA world cup. His estimated net worth stands at $8 million as of 2021.

Nicky Jam was born on 17th March 1981 in Boston, Massachusetts, United States of America. He was raised by his father, Jose Rivero, and his mother, Ysabel Caminero Madera. When he was ten years old, his family moved to Barrio Obrero, Puerto Rico. His father belonged to Puerto Rico, while his mother was associated with the Dominican Republic. Due to poor financial stability, his family faced a lot of crises. Hence, he faced a tough childhood. To support his family to overcome the economic issues, Nicky started working at a young age.

There aren’t any official records of his early education and a college degree. However, it is assumed that he might have completed his high school education in Puerto Rico after he shifted along with his family. He started his music career during his teenage, which suggests that he might not have attended college.

His love for music made him begin his music career during his teenage. He released his debut album named ‘Distinto a Los Demas’ in 1994. However, the album did not become a hit, but it gained recognition among people and a few producers. Later on, he launched a collaborative album titled ‘Los Super Amigos’ with a famous artist and his good friend ‘Daddy Yankee‘ The album achieved success and provided him with a series of other projects. The duo worked on another project named EL Cartel II: Los Canaris.

However, Nicky got addicted to alcohol and drugs, which somehow ruined his friendship with Yankee. The rift led to the end of their collaboration after the release of the album. After taking a break from each other for seven years, the duo got back and started working together yet again. They also released a song named EL Part Me Llama. His friend motivated him to focus more on his career and try his best to avoid drugs. In 2001, he released his second album named ‘Haciendo Escante.’ Followed by this, he released his third album titled Salon De La Fama, consisting of 16 main songs, out of which some of the songs became a big commercial hit.

Later on, he released his fourth album named Vidaescante, which consisted of various hit songs including Chambonea, I’m not your Husband, Va Pasando el Tiempo and more. Finally, in 2017, he released his seventh album titled Fenix, for which he collaborated with many famous artists, including Kid Ink, Enrique Iglesias, Daddy Yankee, Sean Paul, and other artists. The album became a hit and provided him with massive popularity.

What do you think about Nicky Jam’s Net Worth? Leave a comment below and tell us your views.