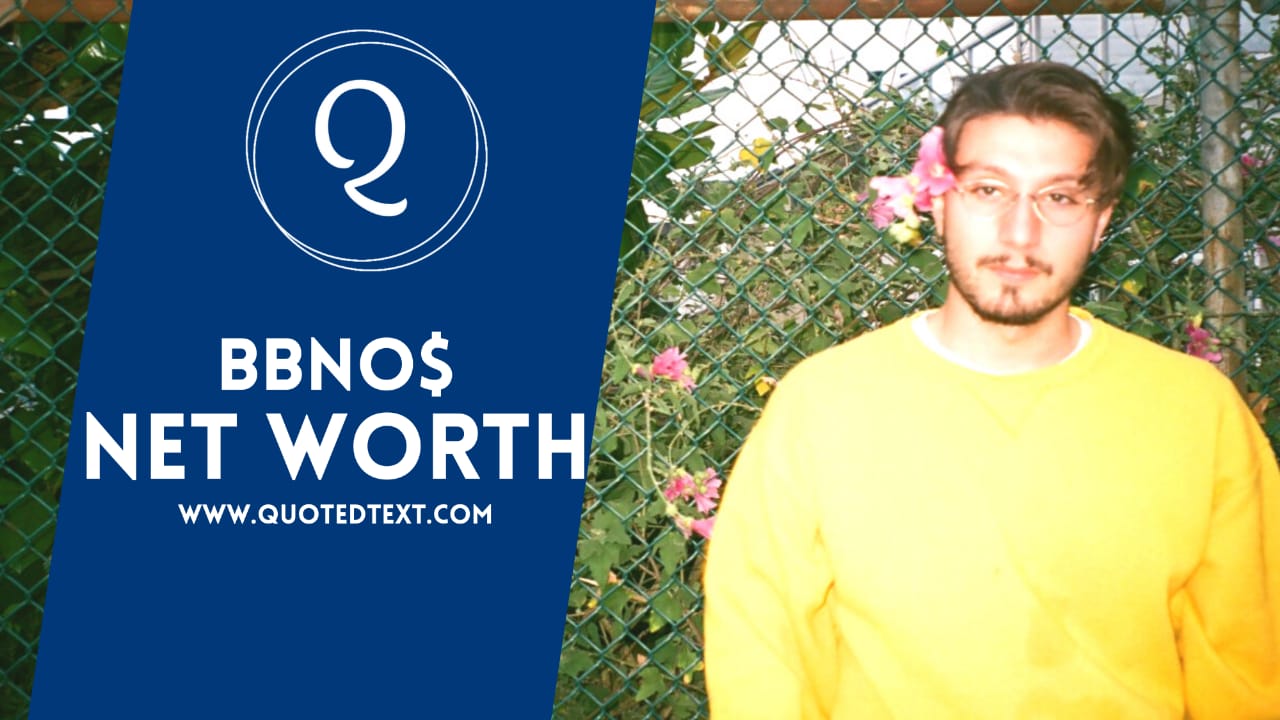 Alexander Leon Gumuchian, popularly known by his stage name Bbno$ is a famous singer, rapper, and songwriter from Vancouver, British, Columbia. The Canadian-American artist is well known for his single ‘Lalala,’ produced by Y2K in 2019. It received massive appreciation from the fans and amassed over 700+ million plays on Spotify and more than 41 million views on YouTube. In addition to this, his collaboration with rapper Yung Gravy is also a reason behind his massive popularity. He has amassed a net worth of $3 million as of 2022.

Bbno$ was born on 30th June 1995 in Vancouver, Canada. He belongs to a family of Swiss Danish, French and Armenian descent. He acquired home-based learning before entering high school. Since childhood, his mother encouraged him to learn and play the piano. However, he was a little weak at musical theory. Bbno$ had a deep interest in playing Djembe drums and also showed good skills in rhythm. However, he preferred not to listen to music for recreation until the age of 15.

Music wasn’t his first love. During childhood, he dreamt of becoming a hi-end swimmer. However, due to some back injuries, he eventually dropped the plan. While Bbno$ was in high school, he developed deep inclinations towards rapping and music production. It worked as a healer for him. He kept on working hard to nourish his voice and bring out something unique. Finally, after years of struggle, his efforts started paying off. He started working with various artists, including ‘Yung Gravy,’ who later became his best friend. They often work on some songs together and go for hangouts.

While growing up, Bbno$ preferred listening to Canadian DJs’ dubstep and house music, including Excision and Datsik. Afterward, he developed an interest in several hip-hop artists such as Chief Keef, Tupac Shakur, and Gucci Mane. Some of his early idols include Pouya and Yung Lean. In 2014, Bbno$ formed a band with some of his friends and started making music using GarageBand software. The group also created the short-lived music collective named ‘Broke Boy Gang.’

Afterward, Bbno$ couldn’t continue with the Broke Boy Gang and eventually started uploading his solo projects online. In July 2016, he released his first-ever track titled ‘Run It Up through the SoundCloud platform. It received over 425k streams as of now. He started his professional career with two songs, including ‘Damn’ and ‘White Flag’ featuring So Loki. In 2017, he followed up with other songs, including ‘Pay Attention’ and ‘What I Do’ with Lickity Split and Bambi. The video songs featured Trippy Tha Kid. In October 2017, Bbno$ released his joint EP, Baby Gravy, with his co-rapper and best friend, Yung Gravy. Th tracklist of Baby Gravy includes Rotisserie, Boomin, Whippin, and Gasoline featuring Young Dave.

In July 2018, he released his first-ever studio album titled Bb steps. The album included several songs, including Tony Thot, Too Easy, and Bad Girl featuring Bains. The album was produced by Lentra, Sonn Downtime, Jason Rich, and more. Later on, Bbno$ and Loki collaborated to release an EP in October 2018. In January 2019, Bbno$ released his second album titled Recess. He produced several songs such as Jurassic and Nursery along with another rapper named Trippy Tha Kid. Some celebrities, such as Swerzie and Lewis Grant, made guest appearances in the songs.

For the ‘Recess,’ several other rappers, including Y2K, Hollow, Kondrad, Downtime, and OldMoney. Followed by this, Bbno$, along with Y2K, released their mega-hit Lalala in June 2019. In just 4 hours, the song received 27+ million spins on the SoundCloud platform. The supporting music video amassed a total of 76 million in just six weeks. The song ‘Lalala’ appeared in several charts and acquired certified Gold in the United States.

What do you think about Bbno$’s Net Worth? Leave a comment below and tell us your views.