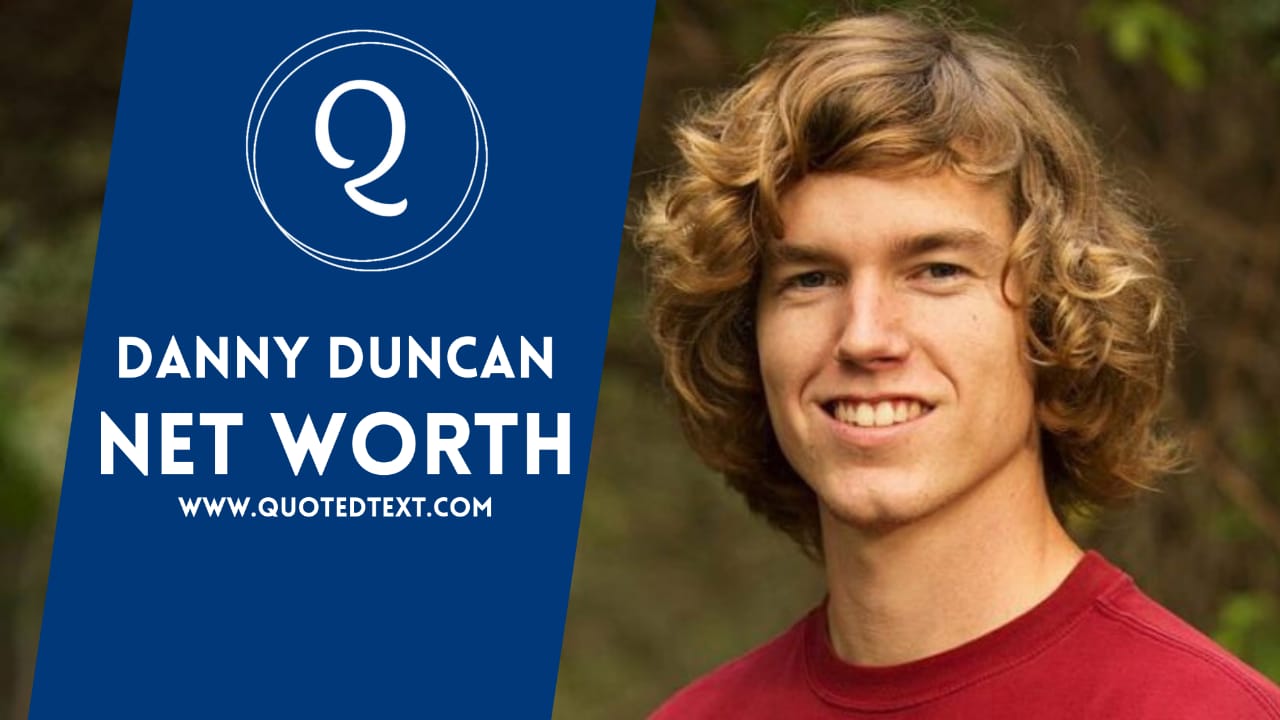 Garry Winthrope, popularly known as Danny Duncan, is a well-known internet personality, YouTuber, sketch comedian, prankster, and vlogger. He is widely famous for his sarcastic attitude, which he incorporates in his videos. He owns a YouTube channel that started back on 6th March 2014, having 6.02 million subscribers. He used to upload videos related to skateboarding and mending sport-related injuries during the initial phase. But, gradually, his YouTube channel started pacing up, and he switched to prank videos that turned out to be good and uplift in his career. According to him, YouTube is a great platform to show your talent. He is also an internet personality having around 3.4 million followers on Instagram. His humorous content earned him a net worth of $5 million as of 2022.

Danny Duncan was born Garry Winthrope on 27th July 1992 in Englewood, Florida. He was raised by his mother, Susan Duncan, and father, who later got separated for some reason. Danny also has two siblings, including a sister and a half-brother named Mathew. Since childhood, he had seen his mother struggle to secure her children’s future; this made him work harder than usual. Nevertheless, he completed his graduation degree from Lemon Bay High School.

Soon after his graduation, he started working at Walgreens. However, he did not like that job much and switched to training the actor Jason Lee in some skateboarding moves. Jason Lee recognized his talent in skateboarding and also admired his sarcastic sense of humor. He further advised him to showcase his skills through a social media platform. It was a life-changing moment for Danny. He acknowledged his advice and started his YouTube channel on 6th March 2014, where he uploaded creating content including his skateboarding moves, mending sport-related injuries, and pranks.

He collaborated with a fellow YouTuber named Christopher Chan and uploaded his first YouTube video called Steve Hamilton-‘The Chosen One’, where he appeared naked on a punching bag. By the year 2016, he started posting prank videos, which caught the attention of the viewers. Finally, he shot to fame through one of his videos named ‘Falling with 30,000 pennies‘, which amassed more than 15 million views. Danny has also featured his family members in several videos, including ‘Surprising my sister with a new car.‘ His other popular videos include ‘Hot tub on the freeway‘ and more.

Besides his successful YouTube career, Danny had also launched his Virginity Rocks merchandise in 2019. He collaborated with Killer Merch traveled through various USA cities, including Dallas, Nashville, New York, and others, to promote his brand. The promotion tour was named ‘Virginity Rocks Tour.’

Danny Duncan shares a close friendship with fellow YouTubers named Christopher Chan and Andrew Hill. He has collaborated with Christopher for his first-ever video on his YouTube channel. He has also featured his family members in several of his videos, reflecting his love for his family. Additionally, Danny is rumored to have a relationship with a vlogger named Lindsey Bell.

Danny Duncan has made most of his wealth by posting creating content on his vlog. His YouTube channel has 6.5 million subscribers, where he posts videos related to skateboarding, mending sport-related injuries, and pranks. He receives around a million views on each of his videos, making a salary of $5000 per month and $1.8 million per year for the ads on his YouTube videos. He also earns a massive amount of money from his online merchandise. He receives up to $1 million per year from the sales of his products.

What do you think about Danny Duncan’s Net Worth? Leave a comment below and tell us your views.