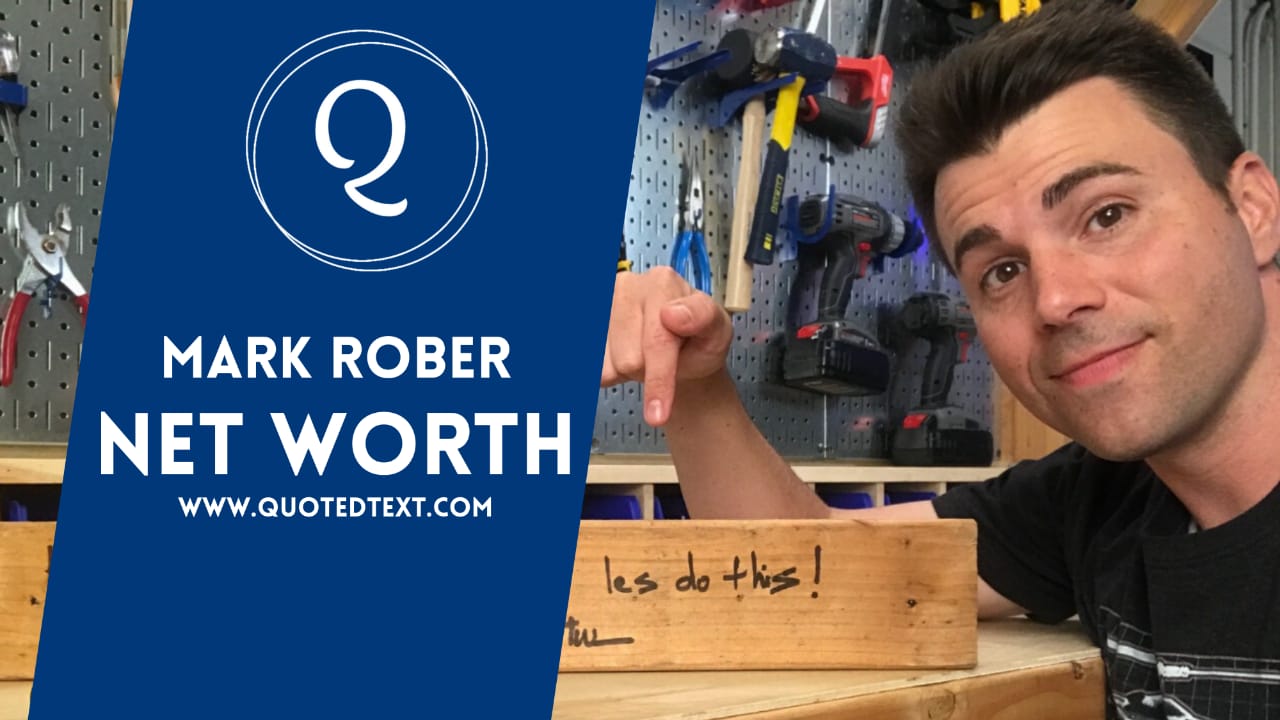 Mark Rober is a well-known YouTuber, inventor, and engineer who hails from Orange County, California. He owns a YouTube channel, which has more than 21.9 million subscribers. His content mainly revolves around science videos, pranks, science gadgets, experiments, DIY gadgets, and creative gadgets. He shot to fame through his Halloween costume prank video on YouTube. Before becoming a successful YouTuber, Mark worked as a mechanical engineer at the National Aeronautics and Space Administration (NASA). His love for experiments and inventions made him launch his YouTube channel to share his knowledge with people. He has amassed a net worth of $5 million as of 2022.

Mark Rober was born on 11th March 1980 in Orange County, California. He developed a deep interest in engineering from an early age. While Mark was in school, he invented a pair of goggles that helps people to shed tears while chopping onions. Gradually, he became more inclined towards engineering and started seeing it from a career perspective. He completed his graduation in mechanical engineering from Brigham Young University. Followed by this, he pursued his master’s degree in the same program from the University of Southern California. Besides this, there isn’t much information available regarding his family.

Before stepping into the YouTube world, Mark has worked efficiently as a mechanical engineer and inventor. In 2004, he began working at NASA’s Jet Propulsion Laboratory. He worked dedicatedly for a total of nine years at the same company. Seven out of nine years of Mark’s career at the Jet Propulsion Laboratory was dedicated to working on the curiosity rover. While he was still employed at NASA, he started making videos on various topics, including creative videos, do-it-yourself videos, pranks, and experiment videos.

Later in October 2011, Mark uploaded his first YouTube video of a Halloween costume. The content generally revolved around using two iPads to create an optical illusion of seeing through the body. The video came as a breakthrough for mark as it went viral after few hours of uploading. The video received more than 1.5 million views in one day.

Followed by this, Mark started his online Halloween costume company in 2012 titled ‘Digital Dudz.’ Mark offered a range of Halloween costumes to his fans through this online platform that used the same concept as his first video. The company achieved milestones in just a matter of three weeks while earning a revenue of $250,000. After receiving a booming revenue during the first month, the company’s costumes were showcased in various reputable outlets such as Party City. Furthermore, Digital Dudz’s costumes achieved popularity as they got featured on different big news channels, including CBS News, CNN, Fox, and Discovery channel. However, in 2013, Mark eventually sold the company to Morphsuits.

Having more than 21.9 million subscribers on the YouTube channel and over 2.8 billion views on each of his videos made Rober earn an estimated revenue of $22,000 per day.

“If I see a problem, I like to think if there’s a better way to do it.”― Mark Rober

“By shifting your focus to the princess and treating your life’s challenges like video games, you can trick your brain and actually learn more and see more success.”― Mark Rober

“But by reframing the learning process and focusing on the cool end goal, the fear of failure is often taken off the table, and learning just comes more naturally.”― Mark Rober

“We can all relate at some level to being fascinated by looking at ourselves. You see it every time little kids walk into a store with surveillance and start dancing and waving at themselves.”― Mark Rober

What do you think about Mark Rober’s Net Worth? Leave a comment below and tell us your views.