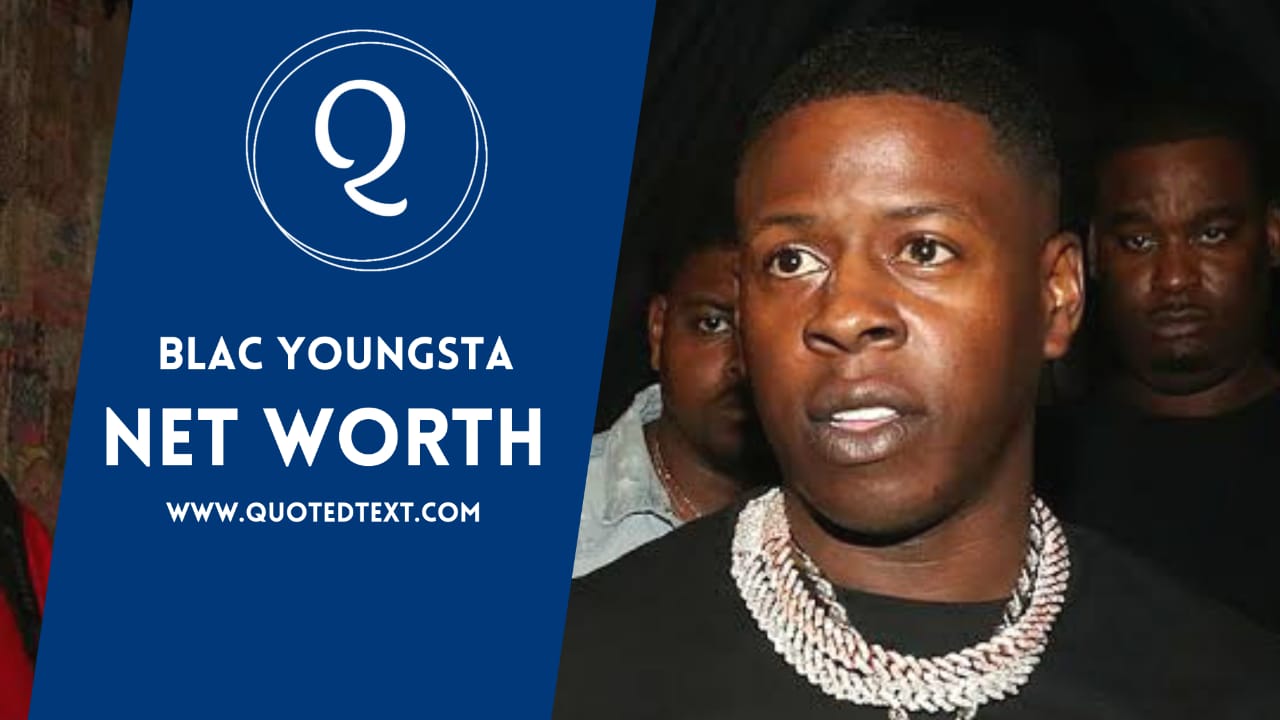 Sammie Marquez Benson, popularly known by his stage name as Blac Youngsta, is a hip-hop artist and songwriter who hails from Memphis, Tennessee, United States. He is widely known for his singles and albums such as ‘Shake Sum’ & ‘Booty.’ His other popular albums include ‘I Swear To God‘ and ‘Young & Reckless.’ However, his image has also been linked with some controversies and legal matters. Regardless of these issues, he has still managed to get a fan-following of 2 million on his Instagram profile. In addition to this, he has an estimated net worth of $5 million as of 2022.

Before getting all the limelight, Blac was known by his real name ‘Sammie Marquez Benson.’ On April 8, 1990, he was born in Memphis, Tennessee, United States, and raised in a low-income family that struggled to get one-time food on their table. He was born in a suburb of McMillan Street in Memphis, known for having high crime rates. His grandparents raised Youngsta along with his brothers. He spent most of his childhood surrounded by not-so-good people who lived in his neighborhood.

When he was seven years old, he got a job at a grocery store. However, he lost the job for making fake orders and taking the leftover food at home to feed his brothers. As he was raised in the criminal areas of Memphis, his teenage didn’t go well. He got involved in drug dealing and even had possession of illegal guns. Due to the unlawful activities, he was imprisoned for quite some time as a minor. The time spent behind bars turned out to be a turning point in his life. While in jail, Blac started taking his skills more seriously. Although, he was a natural rapper since childhood. But while serving the imprisonment, he started creating and practicing rap songs.

He began thinking about his future and decided to focus on developing his rapping skills. After getting released from jail, Youngsta started organizing and hosting various parties in his area to portray his talent of unique rapping. Gradually, he started gaining recognition and appraisal for his raps in the Southern part of Memphis, Tennessee.

Blac realized the wrong things he was doing with his life and decided to choose the right path at the right time of his life. Although he wasn’t provided with the proper care and upbringing in his childhood and teenage, he still managed to brighten up his future by focusing on his career. The beginning phase of his life wasn’t the best, but he managed to turn things around at the right time and made his life look better.

From 2012 onwards, he started working on bringing out the best in him. He established his career in rapping and songwriting by releasing two mixtapes, including ‘Fast Bricks’ and ‘Fast Bricks 2’ in the same year. By 2014, Blac released the third version of his mixtapes titled ‘Fast Bricks 3’.

The year 2015 proved to be lucky for Blac, as his new song titled ‘Heavy‘ turned out to be the biggest breakout song. The song received massive appraisal from the audience and gained him a lot of fans. Moreover, the song grabbed the attention of a famous rapper Yo Gotti from Memphis, Tennessee. He signed a contract with Blac for his record label collective music group (CMG). By September 2015, Youngsta released his fourth mixtape titled ‘I Swear To God’ under CMG. The music video featured Yo Gotti along with famous rapper and songwriter Boosie Badazz.

However, in the same year, Blac was suspected of shooting his fellow rapper Young Dolph’s Suv, due to which he was arrested and charged by the police. Instead of all the legal issues, he was released on bail on the same day. The charges were dropped entirely by May 2019. After his release from jail, Blac launched a mixtape titled ‘I’m Innocent‘ featuring Slim Jxmmi and Ty Dolla Sign. In the same year, Blac signed a record label with epic records owned by Sony Music Entertainment.

In 2018, Blac released his first studio album with the epic records. The album was titled ‘2:23,” featuring Lil Yachty, French Montana, and Travis Scott. His song titled ‘Booty’ from the album ‘2:23’ received massive appreciation and grabbed the 73rd position on the Billboard hot 100, followed by achieving the 43rd position on the Billboard 200. Moreover, the song was certified gold by the Recording Industry Association of America (RIAA).

In the same year, during August, he released the sequel of 2016’s mixtape ‘F*ck Everyone.’ The sequel was titled ‘F*ck Everyone 2,’ featuring guest star Lil pump. On the Billboard 200, it grabbed the 63rd position. In 2019, he released an extended play (EP) named ‘Cut Up.’ Along with this, he also announced the release date of his second studio album titled ‘Church on Sunday’ through his Twitter handle.

Blac Youngsta hasn’t received any awards, but he has managed to rank some of his songs in a good position on the Billboard.

What do you think about Black Youngsta’s Net Worth? Leave a comment below and tell us your views.