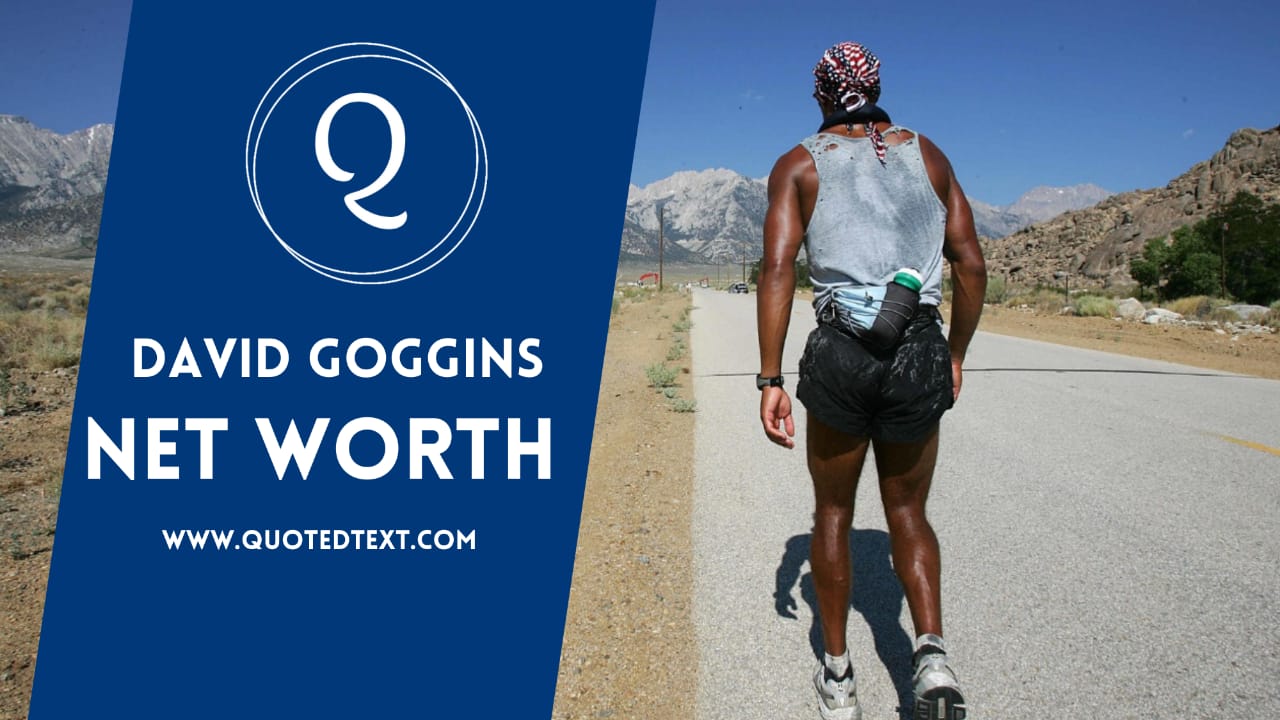 David Goggins is an American ultramarathon runner, ultra-distance cyclist, triathlete, author, and motivational speaker. Besides this, he has also served in the Iraq war as a United States Air Force Tactical Air Control Party member. He is also a former United States Navy seal. He is considered the toughest man alive, with a net worth of $2.5 million. He has achieved a lot of success and prominence from his professional career as an athlete. In 2018, David released his self-help memoir named ‘Can’t hurt me.’

Goggins was born on 17th February 1975 in Buffalo, New York. He was raised along with his brother Trunnis Jr. by his father Trunnis and mother Jackie Goggins in Williamsville, New York. Unfortunately, David didn’t have a very happening childhood. While he was in school, he was bullied by a few African Americans. In addition, he faced racism because he used to work at his father’s skate rink to support his family.

David’s family conditions were also not very good as he and other family members used to face many cases of abuse from his father daily. Finally, when he and his mother have had enough, they decided to escape from him and have a separate life. Later on, when David got discharged from the Air Force, he used to work as a pest control fumigator. Afterward, he moved forward to join the navy.

Before David started his career as an athlete, he struggled with his obesity and eating disorder. Finally, he decided to change his harmful lifestyle practices and began with turning the tables in his favor. He prepared his daily routine to run 15 miles from 3:45 AM and biking for 60 miles every day.

David Goggins’s career has been a bunch of inspirational events, whether serving the Iraq war or his professional career as an athlete.

Military career: David Goggins started his career by getting enrolled in the United States Air Force Pararescue. Although he was failed in his ASVAB twice, he still got acceptance to get his training. However, during the training, he got diagnosed with sickle cell trait and eventually got removed. After recovering from the condition, he chose not to return to the training; instead, he pursued United States Air Force Tactical Air Control Party (TACP) training. He began serving the air force as a TACP from the year 1994 till 1999.

It took three attempts for David to graduate successfully from the BUD/S training with class 235 in 2001 and started serving the Iraq war in SEAL team 5. Finally, in 2014, David completed his graduation from the Army Ranger School. He was awarded the ‘Top Honor Man’ award.

Previously, David planned to enter the Badwater Ultramarathon as a fundraiser. However, later on, he was told by the organizers to compulsorily enter another ultramarathon first because the Badwater was an invitational event. Later on, Goggins ran 101 miles, 19 hours, and 6 minutes at the San Diego One Day, 24 -Hour ultramarathon held at the Hospitality point in San Diego. Followed by this, Goggins ran at the Las Vegas Marathon. His exceptional performance earned him the qualification to enter the Boston Marathon. David also entered the Hurt-100 ultramarathon in Hawaii.

In the year 2006, David got invited to the Badwater-135, where he finished 5th overall. He took a three months gap and returned by completing the Ultraman Worth championships Triathlon in Hawai. He completed the 320-mile race in three-day and secured the 2nd position. In addition to this, David also participated in an ultra-distance invitational cycling race (the Furnace Creek-508) held in 2009.

In 2007, David completed his Badwater-135 by placing 3rd overall, which became his best finish. From 2008, Goggins took a break and returned in 2013 by competing in the Badwater-135 and finished 18th. Since then, he competed in several other 14 ultra-endurance races in the next two years. He achieved a top-five finish in nine of the races. At the 24-hour national championship, David made a record by beating the previous ones by 20 miles, covering 203.5 miles.

By the year 2008, he achieved worldwide popularity and was given the title of ‘Hero of running’ by Runner’s world. In 2016, Goggins completed the Infinitus 88K in 12 hours and won the title by running 20 minutes ahead of the next finishers. He also won the Music City Ultra 50 K and Strolling Jim 40 Miler during the same year. In 2020, David competed in the Moab 240 ultramarathon. He stood 2nd in the race by running for a 241-mile event in approximately 63 hours and 21 minutes. Unfortunately, he was 95 minutes behind the race winner named Michele Graglia.

Besides his athletic and SEAL career, David has also worked as a motivational speaker and author. Goggins used to travel and speak to professional sports teams such as Atlanta Hawks and the Seattle Seahawks. On 4th December 2018, his self-help memoir ‘Can’t hurt me’ was released.

“To Grow in Life, Be Willing to Suffer.”― David Goggins

“Greatness pulls mediocrity into the mud. Get out there and get after it.”― David Goggins

What do you think about David Goggin’s Net Worth? Leave a comment below and tell us your views.